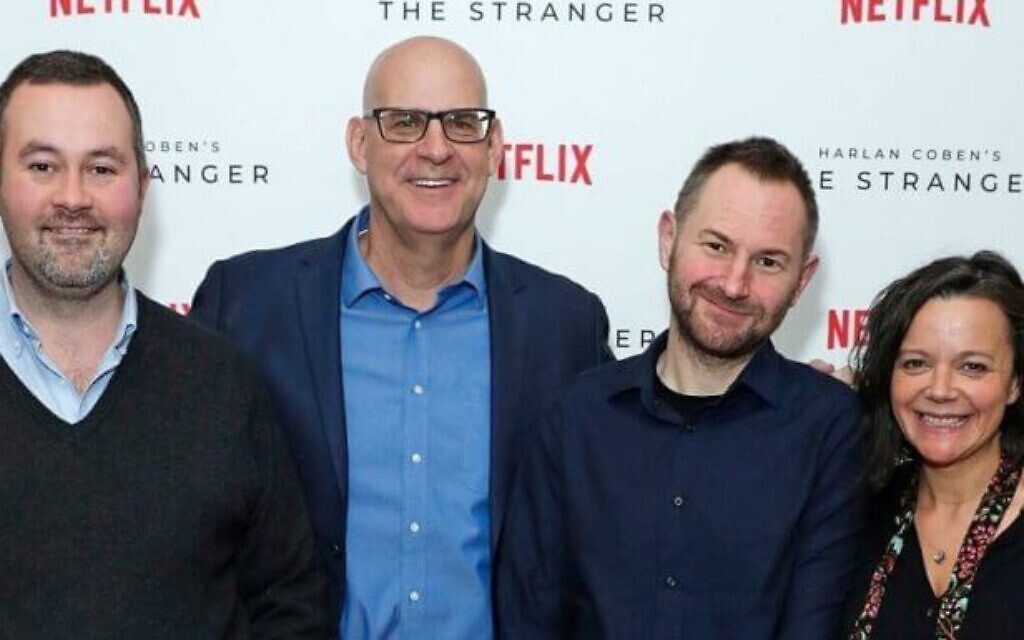 Google ‘Jewish UK drama’ and only one show appears. Ridley Road. The four- part series about Jewish opposition to British Fascism in the 1960s, which aired last October, was the first drama to put characters of the faith front and forward. And without a klezmer soundtrack or thick shtetl-honed accents to infuriate. 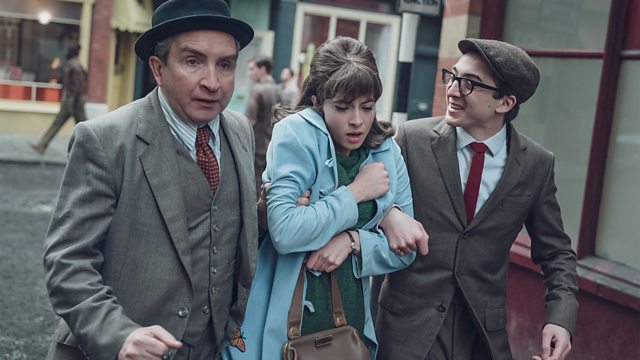 There had not been such community rejoicing about a drama since Ukraine- fleeing Ephraim Aldridge arrived in season five of Downton Abbey, and we are still thanking Ridley Road’s creator Sarah Solemani and TV producer Nicola Shindler for proving Jews do count, albeit very occasionally, on TV.

On the list of questions for multi- award-winning Nicola, the ‘paucity of Jewish-lead shows’ was low down for fear of irking, but it had to be asked and she was happy to answer.

“I’ve had other projects around Jewish families, but they have been called niche, because the Jewish population is really small in this country,” she says, relaying the broadcasters’ response. “When they are looking for big mainstream dramas, they think that’s too small a population to focus on. But it is changing.”

“People know it’s the responsibility of drama to look elsewhere and tell stories about people who are not often on screen. I think the general push towards more diversity means there will be more Jewish stories.” 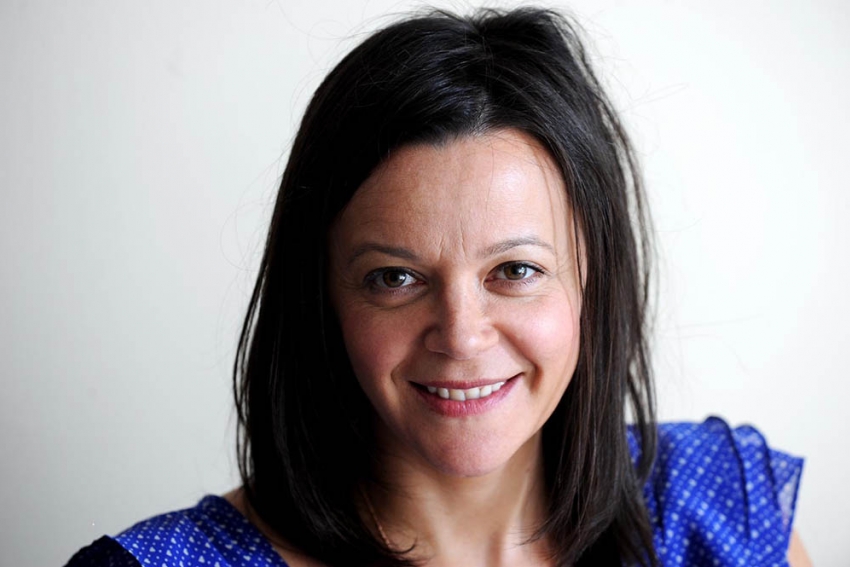 So that’s great news and if anyone can rally interest in giving us more representation it’s Nicola, former BBYO madricha and a fan of Let’s Fress kosher deli in Prestwich for Sunday bagels.

Nicola is a super-fast talker. A powerhouse in the world of successful drama, petite Nicola might look small beside the long table
in the Manchester office of her new company Quay Street Productions, but she is typically the biggest person in the room.

Certainly any room in which TV is being discussed, because she knows her onions, having gone from script editor on Granada’s Cracker to starting her own indie – Red Production Company – from her Manchester front room and selling a majority stake in under 30 years. Starting again –Starting again –“because it was time to leave” – she is now loving her new independence, but takes an impressive roster with her. Making daring decisions from the start, she opened her Red slate in 1999 with Russell T Davies’ Queer as Folk, a series about gay love, and wasn’t prepared for the ensuing fuss.

“To me, a good story is a good story and if they’re gay, straight or from Mars, it just doesn’t matter,” she says. Away from the contentious fuss, theseries broke ground and records, propelling Nicola forward to produce Paul Abbott’s series Clocking Off, Sally Wainwright’s Unforgiven, Scott & Bailey, Last Tango in Halifax and Happy Valley and Danny Brocklehurst’s Ordinary Lies. 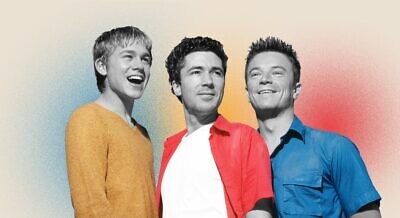 That Nicola now co-owns US-based Final Twist Productions with bestselling Jewish author Harlan Coben (Red made The Stranger, Safe and Stay Close) tells you why she is the producer equivalent of an ‘actor’s director’ for script writers. She appreciates them and they are her priority, besides which, she can’t write herself.

“Give me a blank piece of paper and I can’t do anything. Give me
one sentence and I will give you 12 notes on it. But that’s my job and what I do well. Why would I not put the writers at the centre of a production when they know everything? It’s a collaboration, so they need a director to come on and make it better. And we need brilliant people in every head of department to enhance it. But I need the writer to make sure the ultimate truth is there on screen.”

The day before the interview, BAFTA announced its TV nominations and Russell T Davies’ It’s A Sin got 11 nominations. The series about five friends growing up during the AIDS epidemic is another Red production and Nicola saw off the sceptics, who thought it would just be a piece of nostalgia that would appeal to only to those who remembered the 80s. 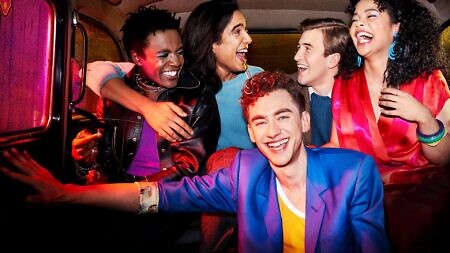 “But the audience who picked up on it were young people, as they were reflected in the story. “These young people had never heard about AIDS or HIV, and certainly didn’t know the extent of the deaths and the pain that they brought. That was the audience.”

On paper, the audience demographic for Nicola’s first production at Quay Street is anyone who watched and remembers Crossroads, the ATV soap set in a fictional motel. A sure sign you did is being able to hum the Tony Hatch theme tune that cut to motel owner Meg Richardson’s sitting room, with wonky sets that were spoofed in Victoria Woods’ Acorn Antiques.

But there is a lot more to the story, as Russell T Davies will show in Nolly, starring Helena Bonham Carter as titular star and actress Noele Gordon, who was sensationally sacked by the channel to the dismay of the soap’s fans. 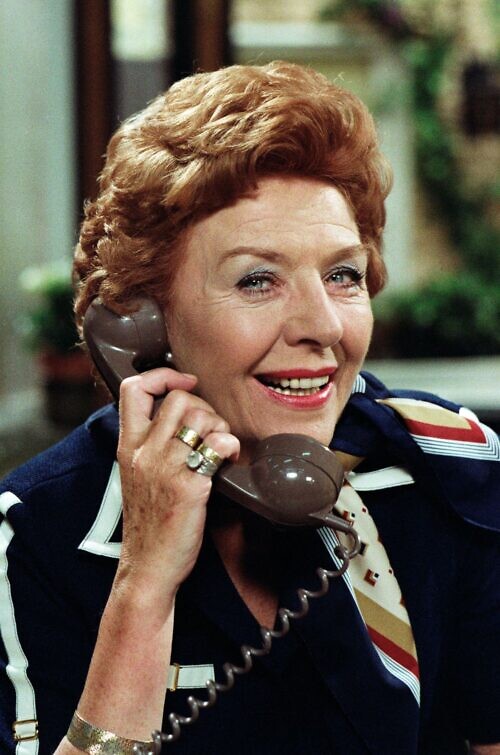 “You don’t need to know Crossroads or Noele Gordon. You’ve just got to enjoy television,” insists Nicola, talking super-fast. “It’s got very good behind- the-scenes action and it’s very funny. It’s for anyone who wants a really good piece of entertainment, but the angle is the way a woman was treated.

“The way women have been dismissed and treated generally in many industries. At its heart there is also a beautiful love story, so I think it’s really universal.”

Harlan sends Nicola his new books before they are published. “I really love his writing, so it’s extraordinary to be able to read them early,” kvells the producer, who is now backed by ITV Studios and working on a slate of programmes with a stable of writers old and new, as well as an adaptation of the Israeli drama Kacha Ze created by Prisoners of War Assi Cohen.

In 2019 Nicola received Bafta’s special award for her outstanding contribution to television. It’s kept with other awards in a cabinet in the Quay Street offices. After every round of award shows it needs reorganising. 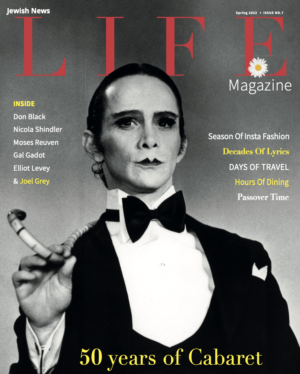