“Education should be the vaccine against antisemitism”, declared Education Secretary Nadhim Zahawi to the Tel Aviv University Trust, in what is thought to be the first time a government minister in that role has spoken at an Israeli university event.

Mr Zahawi was speaking together with Professor Ariel Porat, president of Tel Aviv University, as the two shared thoughts and experiences about the pre and post-Covid educational world. The event was held at Google’s headquarters in London and was moderated by broadcaster and journalist Samantha Simmonds.

The Education Secretary, previously in charge of vaccine rollout, paid heartfelt tribute to teachers, nurses and doctors, who had kept society going throughout the pandemic, particularly during lockdowns.

In a pointed reference at the beginning of his remarks, he said he wanted to thank the South African authorities for alerting the world to the presence of the Omicron variant of the Covid-19 virus. South Africa has complained bitterly that it is being penalised unfairly in the international arena — Mr Zahawi was extending an olive branch.

The Iraqi-born Kurd has become a warm friend of the Jewish community and spoke with sincerity and passion of his recent visit to Auschwitz, his first international visit as Education Secretary. He said: “I do think everyone must visit Auschwitz. It was life-changing for me. The Holocaust Education Trust set up part of my visit.The real, hard-to-describe part is Auschwitz 2, where Hitler decided to scale up, industrialise the extermination of the Jewish people. It’s beyond belief. No film reel will ever do it justice”. 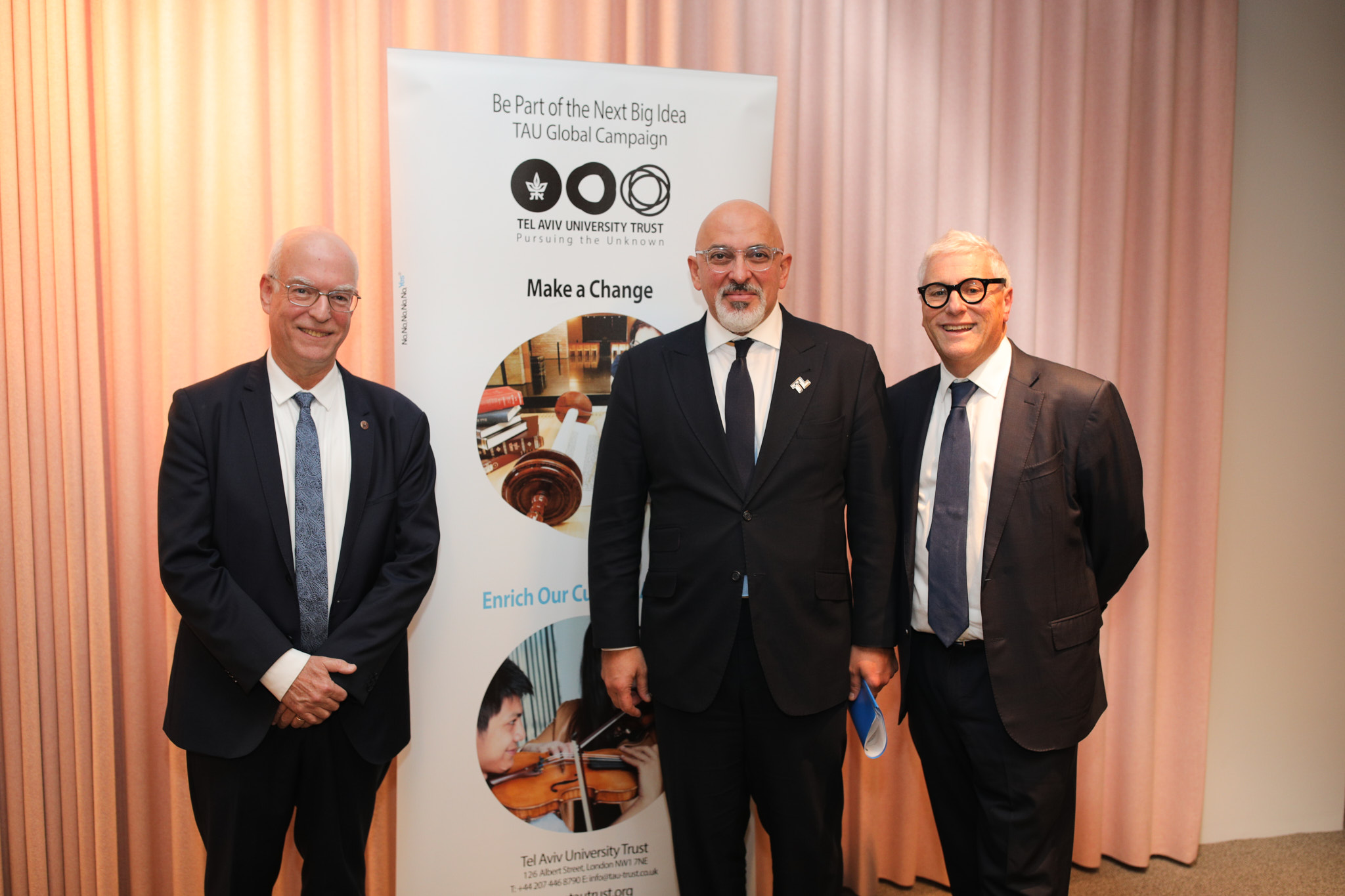 He worried about antisemitism, Mr Zahawi said. “It’s not a long time ago when 7,000 people would go to work every single day to exterminate Jewish people, in the heart of Europe. I am really pleased that the IHRA definition of antisemitism has been adopted by so many universities — but I want them all to adopt it. It’s not just a document that you hang on a wall in a university president’s office. They have to think about how they deal with it, and how they make sure that university campuses are safe places for Jewish students, for Jewish lecturers, for the whole of the community. Education, in my view, is the vaccine against antisemitism, which is why I make it my mission to deal with this scourge, that I think is truly evil”.

After Mr Zahawi left the event to take part in a Commons vote, Professor Porat, a law professor, took centre stage, speaking about the differences technology — such as that being developed by Google — would make to student and academic lives. He hoped that some of the on-line methods of teaching which became a necessity during lockdowns would become a more standard part of education, leading to hybrid situations where some material was taught digitally, and some face-to-face. 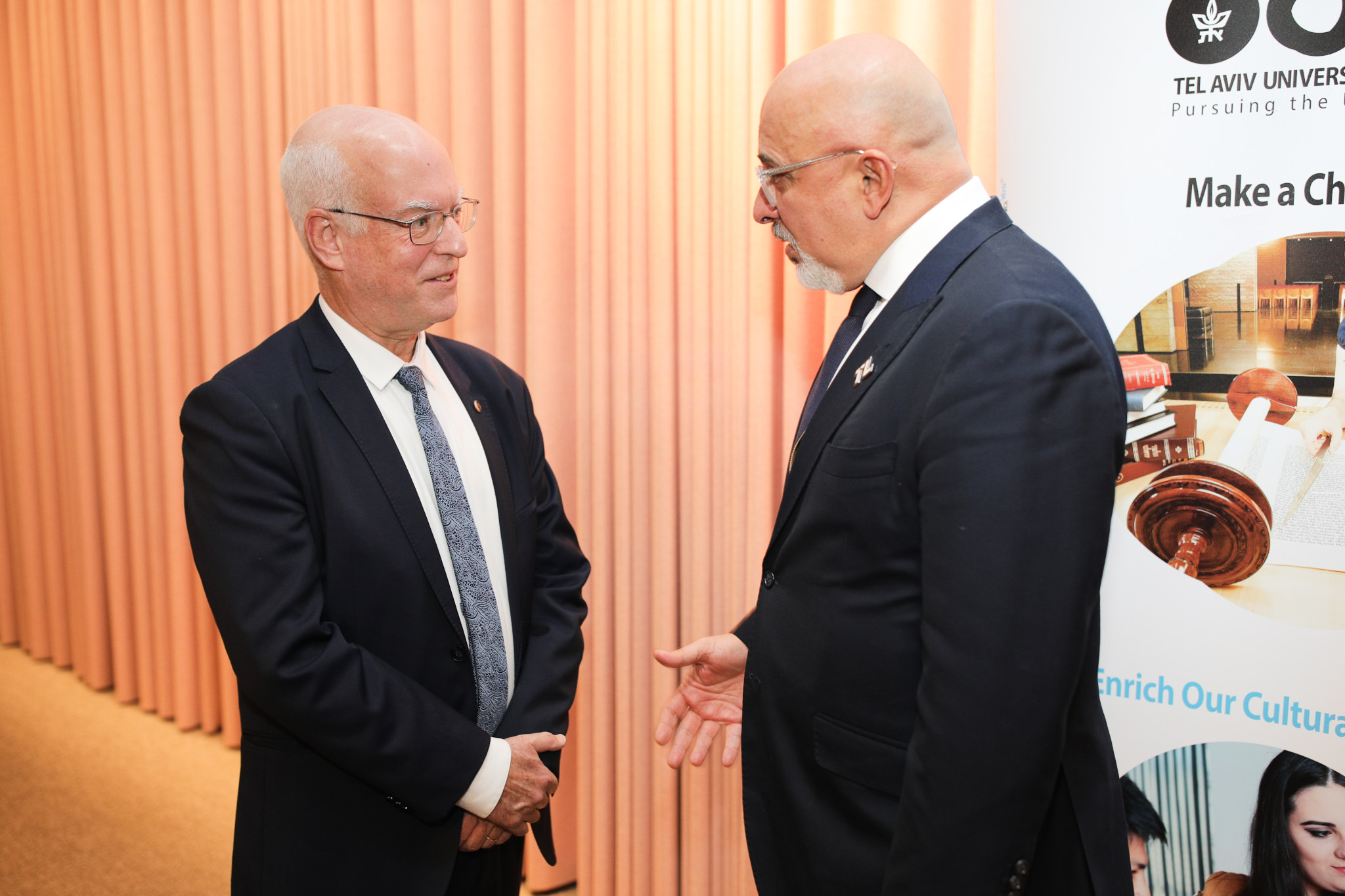 Asked about how Israeli students coped on foreign campuses, Professor Porat said that in some places Israelis comprised the largest number of foreign nationals. This is particularly the case in law in American universities, he said. But Israelis had been taken aback by the decision just two weeks ago of the editorial board of one of New York University’s law reviews to refuse to accept further papers from any academics or students from Israeli universities.

The TAU president said: “We hear more and more that Israeli students feel campuses are less safe. That was really the first time that I had seen such a concrete example. Of course I wrote to NYU, and they condemned it —but there is the issue of freedom of expression. Nevertheless there is now a written policy by one of NYU’s law reviews that they will not take papers from people from Israeli universities. So the question that we have to face is whether universities have a role to play in the BDS [boycott, divestment and sanctions] world? I am not sure that we are the right players here. It’s really very troubling and it’s also ridiculous: whatever you might think about the [Israeli] government, addressing your criticism to universities [does not work]”. He said that such actions had become stronger during the pandemic and believed that they were “a new edition of antisemitism”.