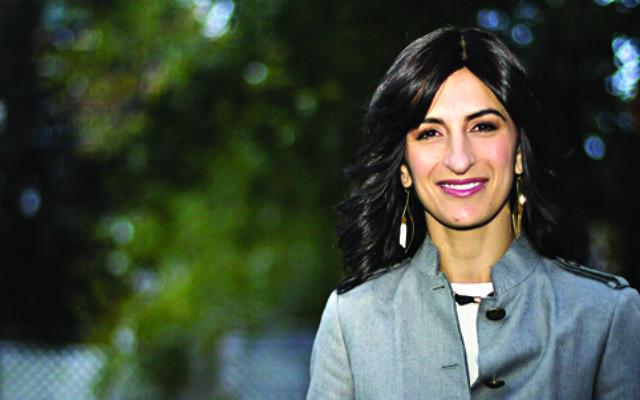 I’m on a train at a platform. As it prepares to depart, the conductor asks anyone not planning to travel to disembark.

The announcement reminds me of a shiva I recently attended. I found myself in a house packed with men and women gathered to comfort the mourner.

As it was time to begin the service, the rabbi made an announcement, not unlike the train conductor, requesting all women to step out of the room so services could begin.

While the rabbi’s announcement was polite and well-intended, it nonetheless inadvertently made many women feel excluded from being part of the service.

This is a scene that plays out frequently at home services for an Orthodox shiva. While there is no halachic requirement for a mechitza at an ad hoc prayer service, it is common practice for women and men to stand at opposite sides of the room or, if that’s not possible, in different rooms.

This can become awkward and off-putting when there are women among the mourners and female relatives, such as daughters-in-law or granddaughters, who may not be halachically counted as mourners, but are mourning nonetheless.

Separation of the genders can be strictly adhered to while still inviting women to be part of the service.

This can be done with careful use of both language and space.

The language we use shapes the reality we create. As soon as we ask women to leave, we are establishing that room as the “sacred space” where the prayers will be recited and implicitly conveying that women need to step out of this.

A possible alternative would be to ask men and women to move to their allocated side of the room, or if sharing a room is not possible, consider occasionally asking the men to move to an adjacent room.

The way we arrange the space sends another powerful message. The mourners, rabbi and prayer leader become the focal point. If at the room’s centre, they will be surrounded by men, leaving women behind them, often unable to hear or see.

This is particularly awkward when it leaves female mourners unable to follow the service and co-ordinate their kaddish recitation.

This can be resolved by positioning the mourners in between the men and the women’s spaces, in the doorway between the two rooms if necessary, so that the sacred space now includes both genders.

Women regularly attend Orthodox shivas, so let’s do our best to welcome them on this Jewish journey rather than ask them to disembark.