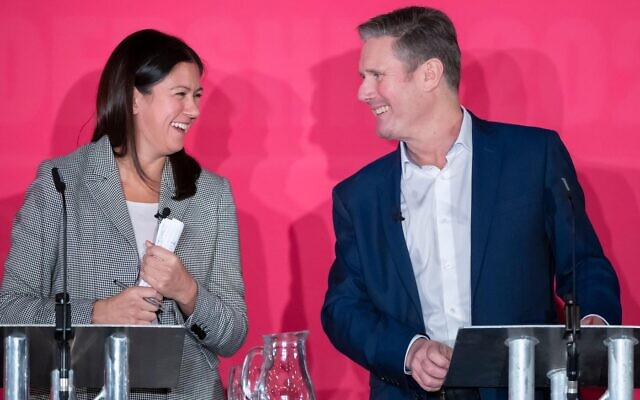 Labour has expelled 274 members since Sir Keir Starmer became leader – including 81 found to have been supporting banned organisations accused of downplaying or denying antisemitism.

Figures made available by the party’s national executive committee (NEC) confirmed that 10 of those were expelled with criminal offences.

A further 252 members are currently suspended by the party over investigations into allegations of misconduct -including anti-Jewish racism claims.

This represents a huge increase in expulsions by the party compared to figures released under previous leader Jeremy Corbyn.

In February 2019, the party said it had looked into 673 alleged antisemitism cases since April the previous year – expelling just 12 members.

The news figures also showed that party membership estimates from March 2020 up until the end of last year showed approximately 150,000 members had left.

Many of these had joined the party under Corbyn, when the party’s membership exceeded 500, 000.

Labour’s shadow chancellor Rachel Reeves said on Thursday the high number of activists leaving the party should not be seen only as a negative.

She told the FT people had left the party who had “never shared our values.”

Reeves also argued unwelcome members needed to be ousted to help remove the “stain” of antisemitism.

Last July Labour proscribed organisations such as Labour Against The Witch-hunt and the Labour In Exile Network in an attempt to tackle the antisemitism issue in particular.

Members shown to be supporting four banned groups faced claims they had denied or downplayed antisemitism in the party.

The latest NEC figures have sparked anger amongst some Corbyn allies, who claim they are the target of an orchestrated “purge” by the new leadership.

In October 2020, the EHRC published its report into Corbyn’s handling of the issue finding that the party was “responsible for unlawful acts of harassment and discrimination”.

The EHRC found that there were 23 instances of political interference by staff from the leader’s office and others and that Labour had breached the Equality Act in two cases.

A BBC Panorama episode including claims allies of Corbyn had protected individuals facing allegations of antisemitism.

Corbyn is still suspended as a Labour MP for his claim on the day the report was released that anti-Jewish was exaggerated by political opponents.