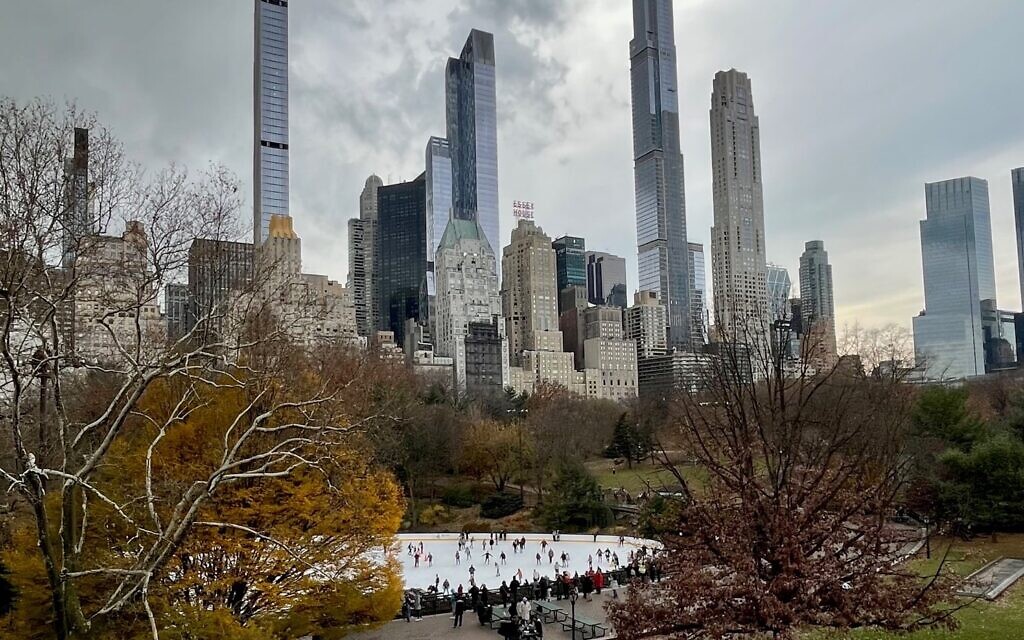 Central Park in all its wintry glory

There are an estimated 1.2 million Jews in New York. That’s four times as many as in the whole of the UK. From the matzo ball soup at Katz’s Deli on the Lower East Side (not kosher, but the one at Ben’s on 38th street is) to the giant dreidel on Fifth Avenue, and chanukiot shining brightly on street corners and in office foyers, I was thrilled to be part of this crowd last week as I pounded the streets to the tune of 25,000 steps a day in unseasonably warm weather.

New York at Christmas-time is a dream. The skating and the tree at Rockefeller Plaza that you’ve seen a hundred times in movies – I cried when I saw them for real. Saks Fifth Avenue has a full-on music-and-lights show on the front of the building, akin to the Bellagio fountains in Vegas. ‘Happy Holidays’ is said on repeat by shop staff like a mantra.

Every time I visit New York I vow to stay in upmarket Soho or trendy Greenwich Village, but ultimately midtown is where it’s at for me. We checked in to the Arlo Midtown on West 38th and 8th. This is the garment district and the shop windows sparkle, not with festive decorations but with fabrics and trimmings. 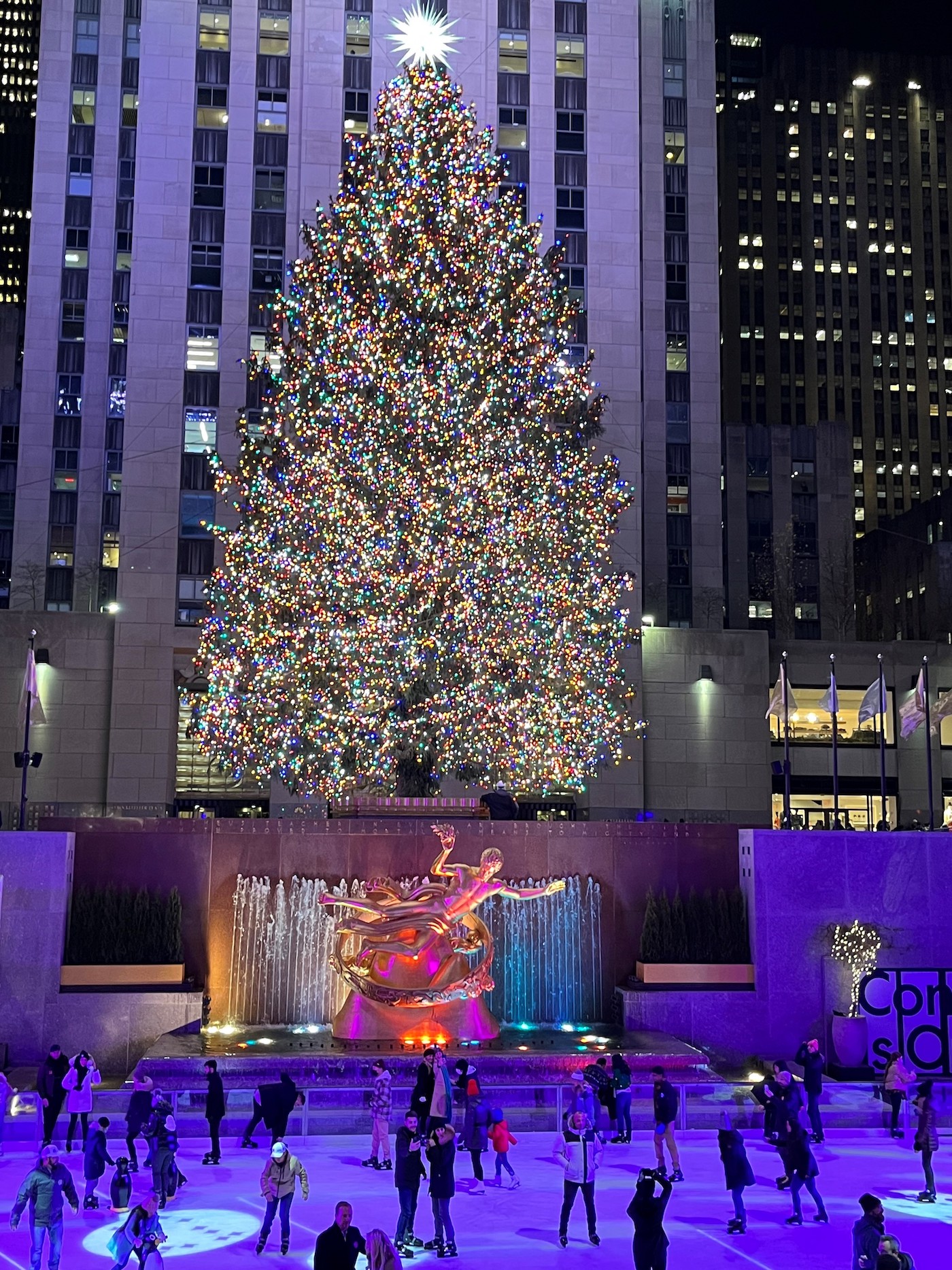 The tree at Rockefeller Plaza

A 489-room hotel, the Arlo Midtown opened in May this year, forming a hat-trick with Arlo NoMad and Arlo Soho, and its interiors are contemporary-style with lots of pale wood, industrial metal elements, abstract art and greenery. Rooms are bijou but well appointed with superb lighting, supremely comfortable beds and huge TVs (who doesn’t love having the TV on in their room in the USA?!).

I love a hotel with a vibe and the ground floor at the Arlo is very much a hangout zone with a large bar, loads of seating areas including a big indoor garden, interesting (and inexpensive by NY standards) dishes to order wherever you’re sitting, live music some nights and a café with surprisingly good ‘caw-fee’. (Is it just me or is the coffee generally undrinkable everywhere stateside?).

The hotel is walkable to Times Square and, having arrived at night, that was the first thing we did, before dinner at Mercato Trattoria, an eaterie so authentic that all staff and diners were Italian.

In an effort to save time and calories we were on two meals a day. Brunch at cutesy French café Buvette in the West Village called for mimosas, grilled cheese sandwiches, French toast and madeleines, while at rustic-chic Sadelles in Soho we tucked into the famous tower of bagels, cream cheese and smoked salmon (it seems NYC has finally moved on from rubbery lox and discovered our refined Scottish variety). 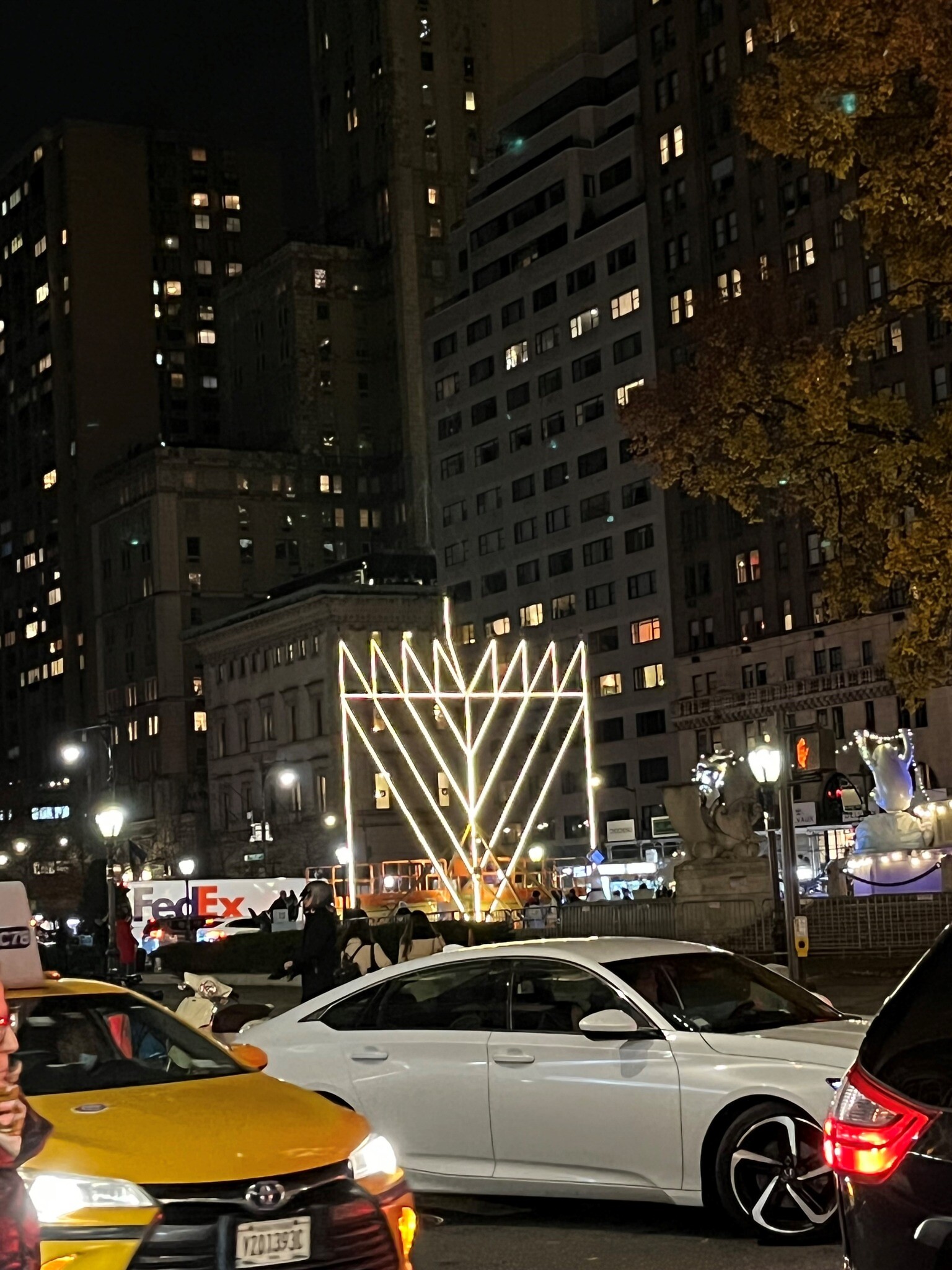 One of the many chanukiot that dot the city in December

Sarabeth’s is a brunch institution that I always visit when in the city. It’s perhaps a bit of a bygone era now, but its apple cinnamon French toast still had me in its clutches and it was the ideal location for a visit to the New York Historical Society on West 88th.

With a permanent exhibit paying homage to all 45 presidents, including a recreation of the Oval Office, a spectacular display of Tiffany lamps and the ‘Holiday Express’ showcase of toy trains from the privately owned Jerni collection, you could easily (and we did) spend half a day here.

The main draw for us was an exhibition about much-lauded Jewish judge Ruth Bader Ginsburg. Born and raised in Brooklyn, she was one of only a few women in her class at Harvard, and a staunch advocate of gender equality and women’s rights. 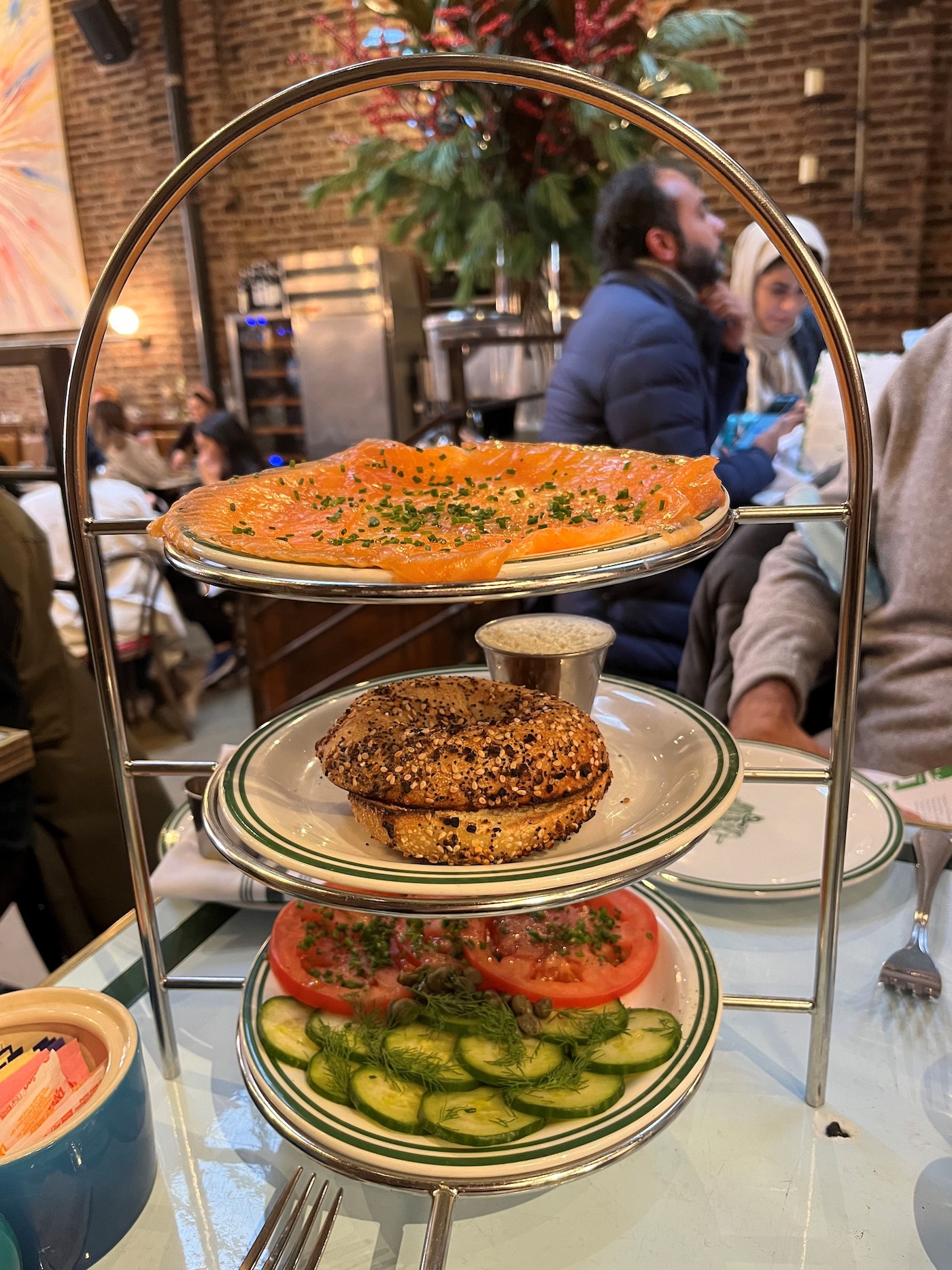 We strode the 30 blocks back to midtown through Central Park, with the remaining russet leaves creating a beautiful foreground to the buildings, which got taller as we walked towards them, and then we chanced on the lovely surprise of a skating rink right there in the park.

At the other end of the scale (city) we journeyed across the East River to Dumbo, a newly gentrified area in Brooklyn.

A few trendy shops and cafes in converted industrial buildings line the cobbled streets of this former ferry landing area, and there’s the Time Out food market to eat at.

We walked back across Brooklyn Bridge, with the iconic Manhattan skyline ahead and the Statue of Liberty seeming to rise out of the water on our left. Truly a highlight of the visit. 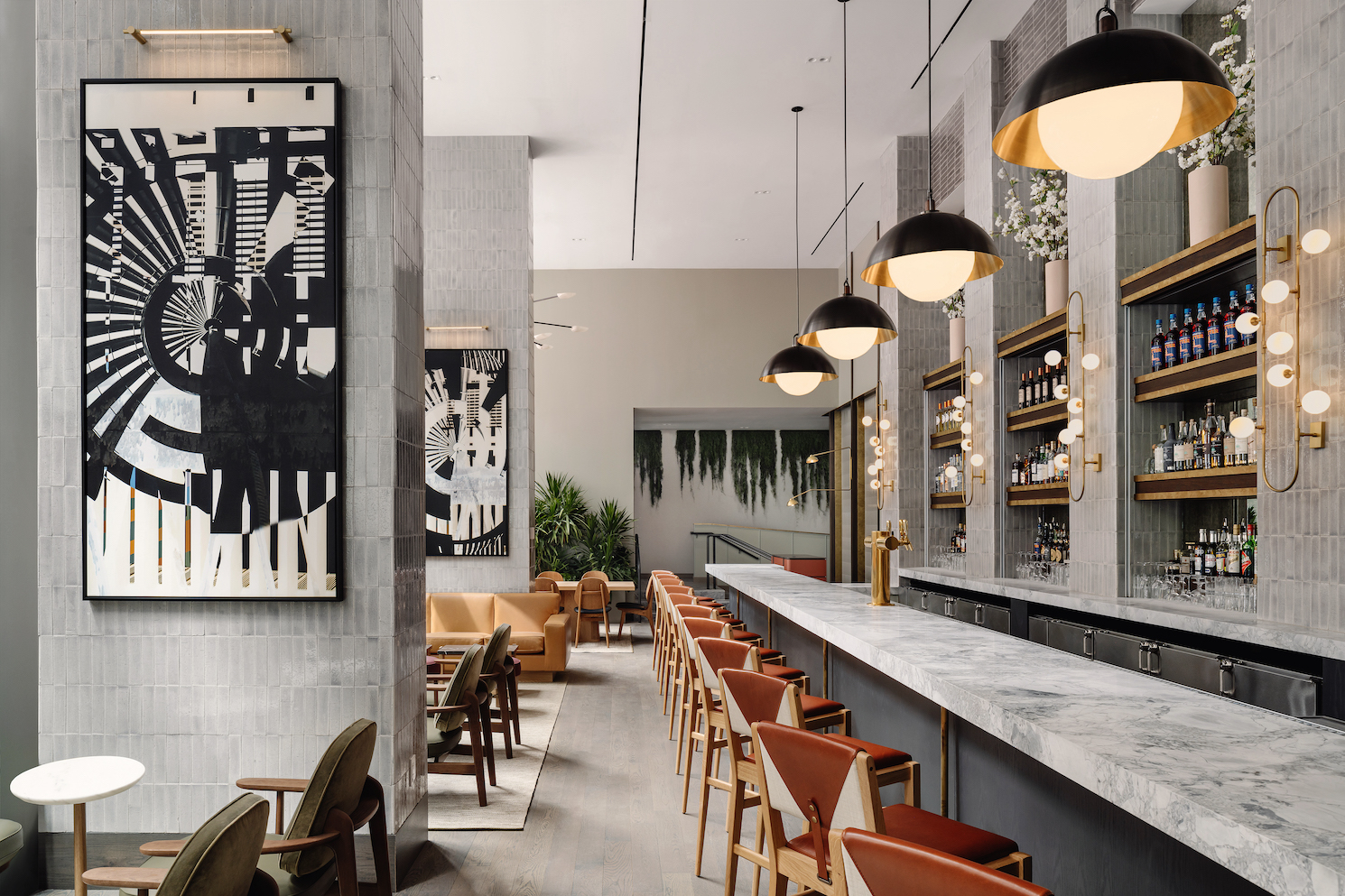 The Arlo is very much a hangout zone

We discovered Bryant Park, home to yet another skating rink and a Christmas market as good as I’ve seen anywhere in Europe. With hot chocolates and s’mores we wandered round with glee, festive spirit seeping into our pores.

We dined at the institution that is Il Mulino, an old-school white-tableclothed Italian with an older crowd and New York-sized portions. At Minetta Tavern the age level dropped while the noise level went up. Home to the Black Label burger, this cocoon of a room is lined with black and white photos of celebs. Gallaghers was ideal for a pricey-but-worth-it pre-theatre steak. 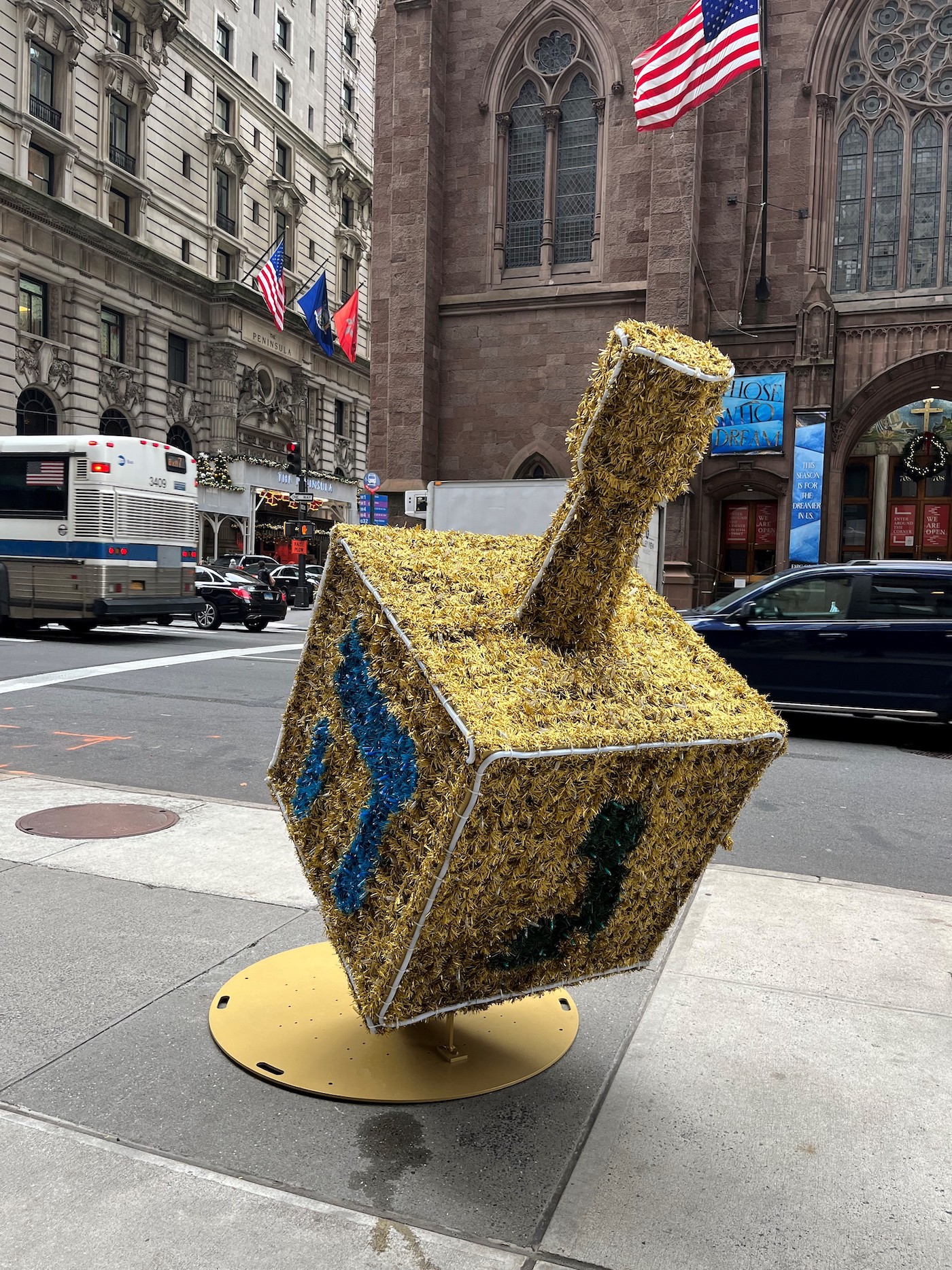 Larger than life: the giant dreidel on Fifth Avenue

The theatres dimmed their lights that night in tribute to Stephen Sondheim but there was no doubt that Rob McClure was on fire in the starring role at just-opened Mrs Doubtfire. Every bit as good as the film, with song, dance and some extra quirky story lines thrown in, this is a must-see.

We took a Jewish Heritage tour of the Lower East Side with Russ Wolin from Spread Love NYC Tours (formerly Levys Unique NY).

We visited synagogues both in use and long since turned over to other uses, and walked along ‘Yiddish Newspaper Row’, home to the building in which The Jewish Daily Forward, founded in 1897, was produced. 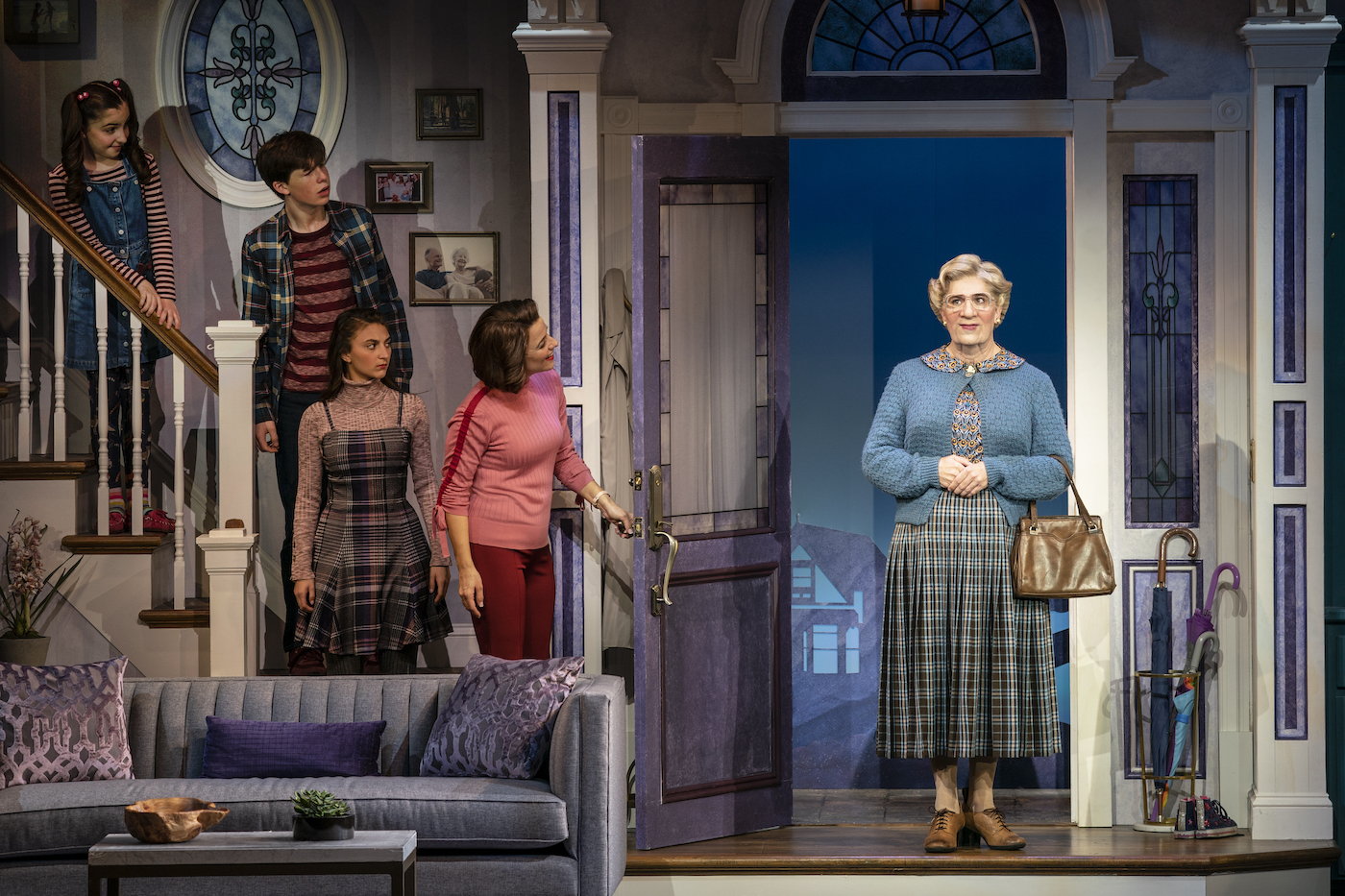 Originally in Yiddish, it’s still going online (in English!). We learned that the Williamsburg Bridge was known as Jew Bridge when the sweatshop workers used it to commute to and from their homes in Brooklyn and that Ratners kosher restaurant was the place for a post-theatre nosh up.

We saw the former site of Streit’s Matzo Factory, the last-ever NYC Public Baths and an unassuming cafe that was once the headquarters for Ma Mandelbaum’s school for pickpockets.

Of course we stopped for a photocall outside The Pickle Guys – when in New York…!

• Rooms at Arlo Midtown start at $134 plus taxes 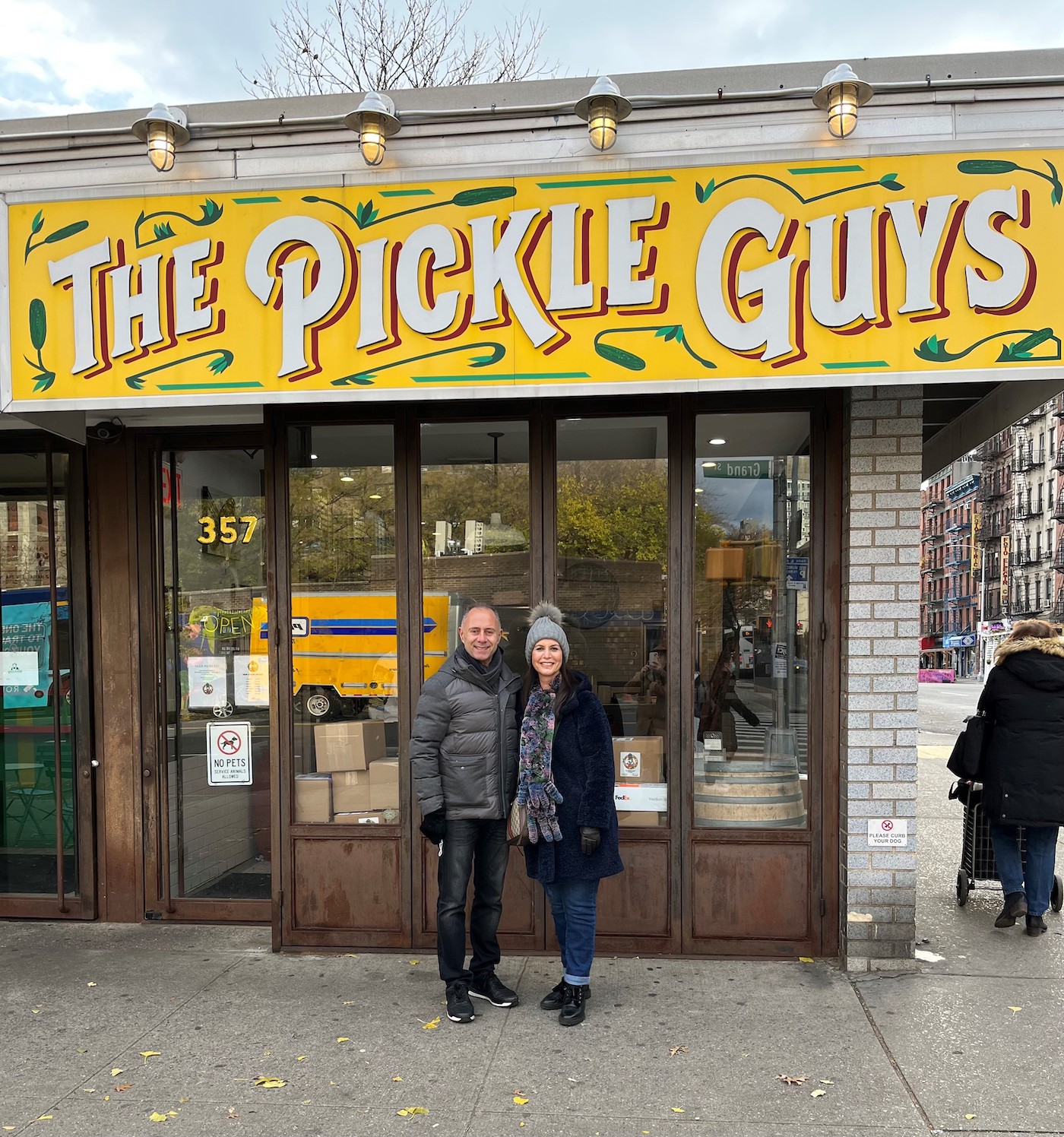 The Pickle Guys: great for a photo-call