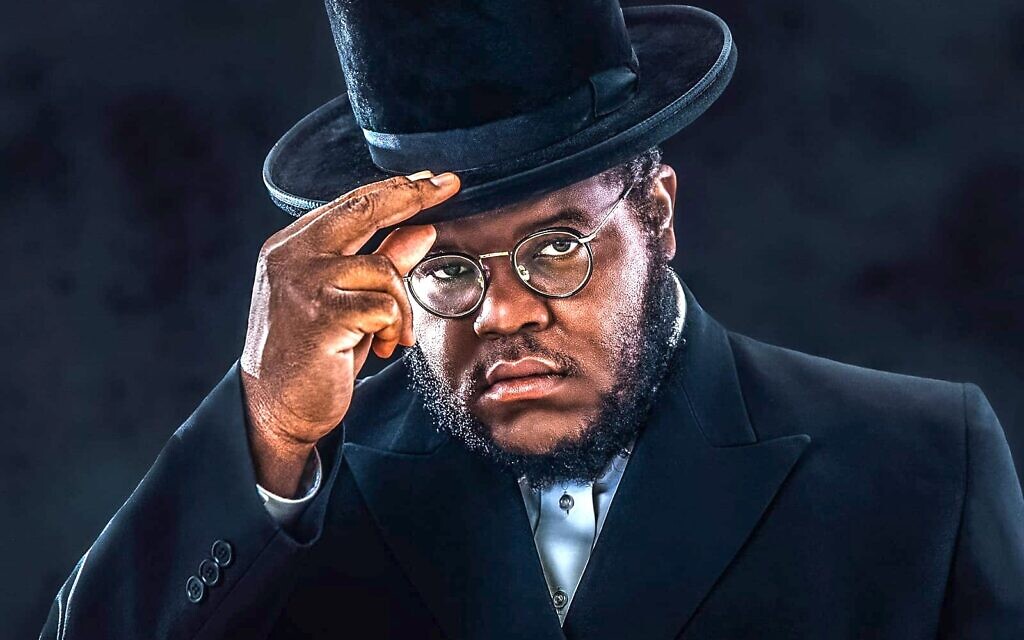 Nissim Black loves it most when his music heals divides. His favourite story is about the time he parked near a building site in Jerusalem to see a load of Palestinian workers dancing and singing to his tunes; as soon as they spotted him, they ran up and asked for selfies.

As an African American, the son of a drug dealer, a former Muslim and born again Christian, and now a Chasidic hip hop star, Nissim Black holds together so many identities that for many years he, unsurprisingly, steered away from the political.

He let his music do the talking, and unlike so many of his contemporaries he raps about peace and friendship rather than guns, money or misogyny.

It’s why he’s become a big star in Israel, where he moved to in 2016, as well as his native America and next week he will be bringing his very particular brand of music to England to perform for the first time with very special Chanukah dates in Manchester and Essex.

“These will be my first real concerts in England and I am excited,” says the 34-year-old. ”

Although it is very far away, it is also close to home for me it feels familiar; the weather sucks just like it does in Seattle.”

Most of the rest of the tour are dates in America and he admits a few nerves about returning to his home country as both an African American and a Jew.

“It feels like there is this huge divide over there,” he says. “And I”m on one side and I am on the other side too and I do think I have to guard my safety. I think the past few years that we’ve had has forced everybody to become a bit more political.

“What I would really like to do is just burn up some of this nonsense which is being spouted. I want to make people less divided; sit down and have some conversations.” 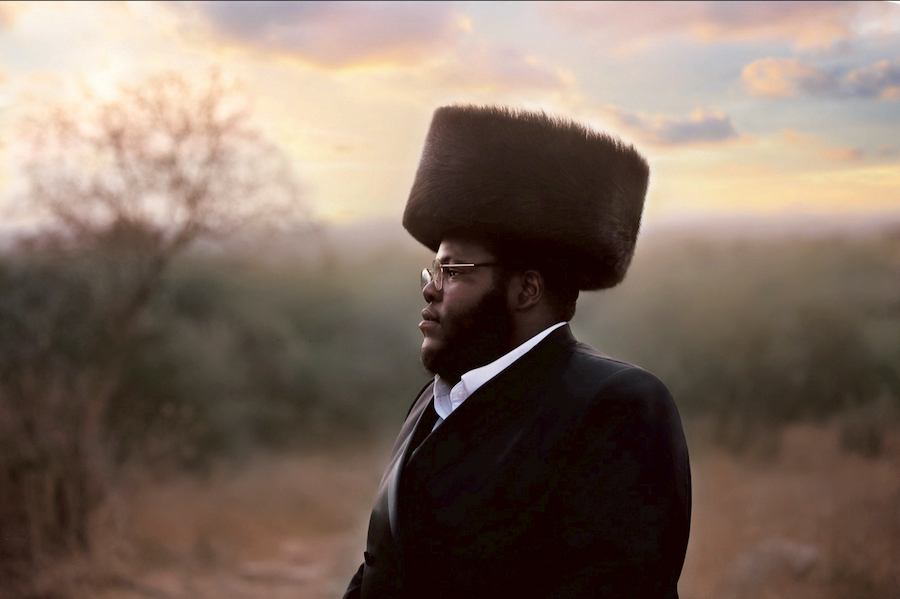 “At the moment the biggest conversation is about systemic racism and it is there,” he says. “But for me it is interesting because the people who are talking about it are mainly on the left. I grew up in probably the most left leaning, liberal place in America. They say Seattle is as far left as you can go on the map and it is politically too.

“At my school we didn’t have books and we came last in our test scores every single year. But we were number one in sports; we had brand new football uniforms, brand new basketball courts; but no books. That’s a system problem and it isn’t one that can be blamed on the rich white Republicans because they weren’t the ones running our school boards.

“People genuinely want to help but they don”t always understand what is affecting a community. It is not an intentional thing but a systemic thing.”

Just as painful for him is the way a few in the Black community in New York turned on their mainly Chassidic Jewish neighbours with a spate of violent attacks. “There is a lot of propaganda creating enmity between the African American community and the Jewish community. It was a big problem around Chanukah a couple of years ago. That put me in a tight spot because I felt like I had to speak up.” 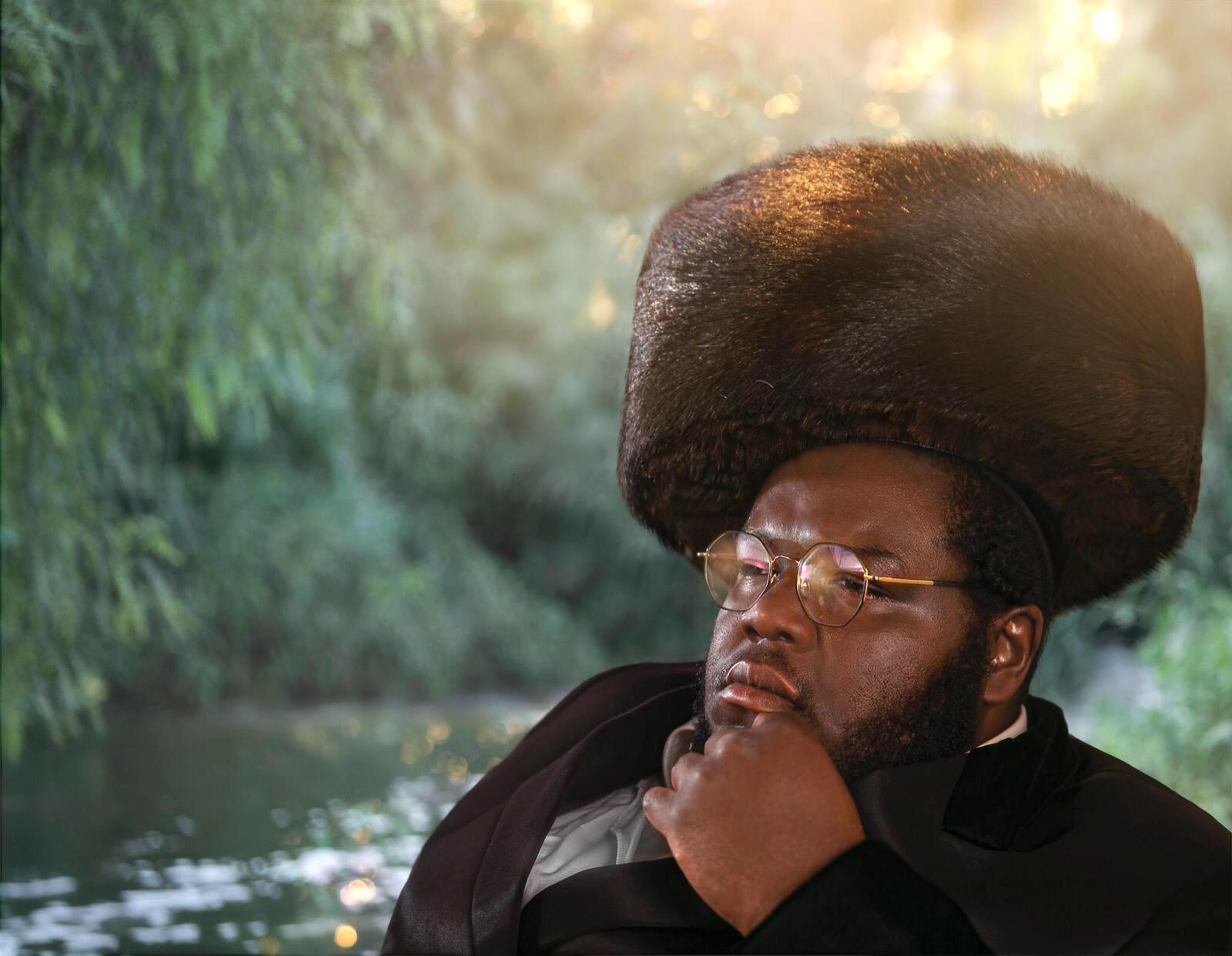 And he is worried that the extremities of the racial justice movement will only create more divisions.

“I hate the fact that white people are being told to feel guilty,” he says. “I don”t want you to feel guilty for me!  You are just as much God’s creature as me; God is in all of us whatever colour we are. Everybody needs to come together.

“What”s happened towards the blacks also happened to the Jews in the past. Yes, some of them blend in a little bit more, but we all have that story of oppression. What I hate is that you see one side against another, very vehemently, and people are being brainwashed. And that is a scary, scary thought.  Music can be healing and I need it to be like that.”

Nissim has encountered racism both in America and Israel – to the point where he had to move because none of the yeshivas would accept his children –  but believes there are nuanced differences.

“Most of the time when I am at home in Israel when I’ve encountered racism, and it doesn”t happen very often, it is because someone simply sees me as different.

Unfamiliar. Which is different to America where it is connected to 400 years of slavery with all of the biases that come with that.

“Over here it is easier to educate someone and for them to say “wow, I didn”t know anything about your culture” and you quickly gain their respect because they don”t see you in stereotypes. A lot of the people I mix with in religious communities have moved to Israel to get away from anything that was different from them, particularly in Europe. Being able to share stories of oppression makes conversation easier.”

Nissim”s own upbringing could not have been more challenging. His parents divorced when he was two and both his mum and stepfather were drug dealers. The dining room table would often have guns and drugs on it.
He started smoking weed at nine and was dealing it by the age of 12. One of the few places where he felt clean was the mosque where he was taken by his paternal grandfather; but he stopped going when his grand dad was jailed.

Aged 13 he joined a youth group and converted to Christianity but life was still chaotic; aged 19 his mother died of an overdose aged just 37.

Black was by then already making waves on the Seattle hip hop scene but was struggling with the dangers within it. After a friend shot a rival rapper who had been disrespecting Black, he decided to look for another way and started going to synagogue. “At the root of Christianity and Islam was Judaism; I wanted to join the Jewish people.” He and wife Adina converted in 2012 and the pair have six children.

He has always liked to make his own luck, play by his own rules. But he also feels like his music and his religion have a purpose.

“I recently received an email from someone religious who had never listened to rap music before but got to hear my music for the first time when they were fighting cancer and they said it had given them so much strength,” he smiles. “I loved this beautiful message because what I want to do is break down barriers outside and inside the community.”