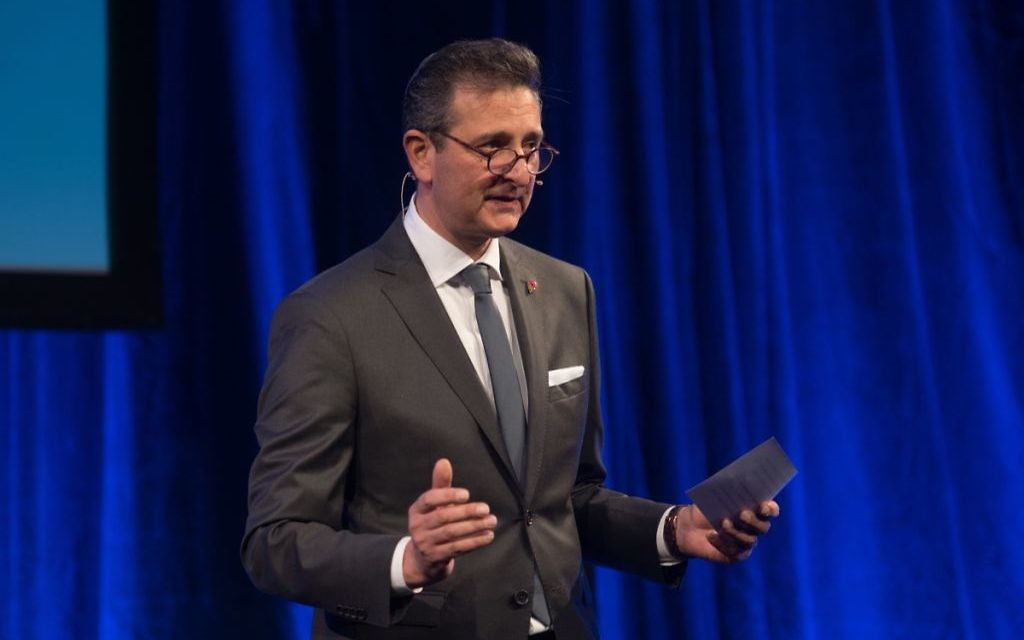 Sharing one’s anniversary with a bike ride is unusual – but not for David Ereira. As the chairman of Norwood celebrating a 25-year association with the charity’s celebrated cycle rally is fitting, although ironically he doesn’t ride a bike.

“I’ve never taken part in a rally, for which I’ve been berated,” says David, who does own a motorbike. “But to share my time with an extraordinary event that has raised £25 million in 25 years is special.”

However, while the cycle challenges continue through 2018 across the frozen lakes of Finland and ancient trails of Nepal, David will retire as chairman and leaves the board on 31 March.

This will be his first Passover in a quarter of a century that won’t be preceded or followed by ‘Norwood business’ – at least not officially.

For although he has had a farewell party and toasted his successor Neville Kahn, it is unlikely any organisation could dispense with someone of his knowledge and experience in fundraising and services.

So why let him leave? “Because it was time,” says David emphatically.  “It is vital in the name of good governance for the old guard to make way for the new, and I chose to step down to allow young talent to lead the way. For 25 years, I’ve been telling people to make room for a new generation. Now I have to set an example and do it myself.” 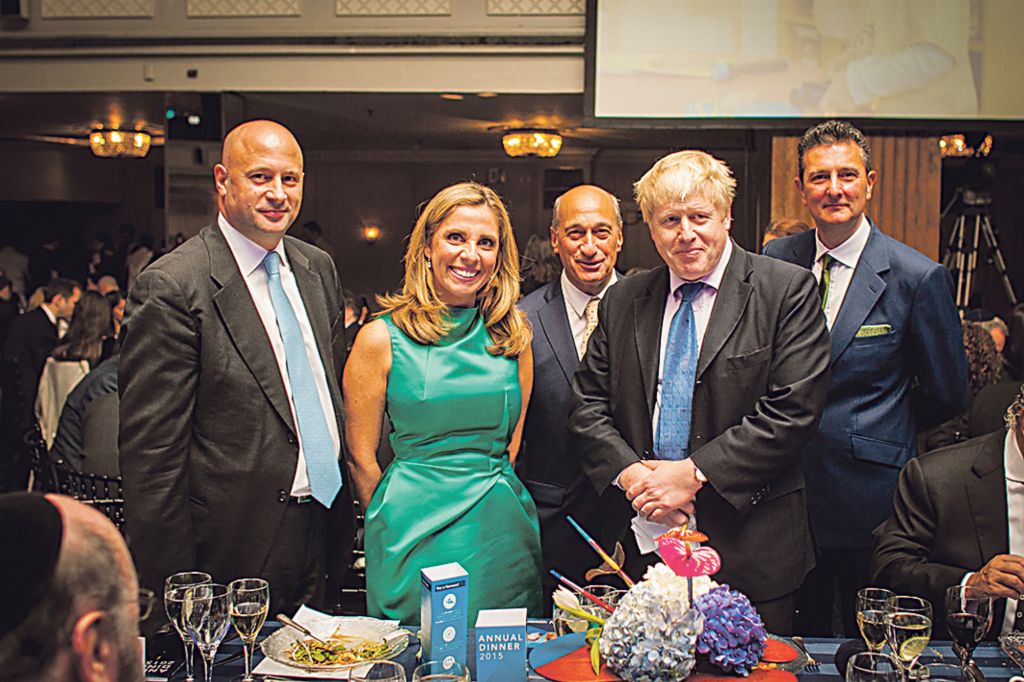 While it is arguable that, at the age of 53, David is an infant in community leadership terms, he is fundamentally opposed to  overstaying his welcome, as he was once the trailblazer who shook things up at Norwood after attending his first  business breakfast.

“At the time, I couldn’t understand why I was one of the youngest people at the event. I spoke to the then executive director Sam Brier and told him the charity was in danger of missing a whole generation of young supporters and the message that would connect them, albeit that it required careful handling because of confidentiality around Norwood’s services.”

Less of a front man and more of a creative architect with a business brain, David was still willing to make enough noise in 1992 to gather a group of like-minded people and form Young Norwood (YN), and by holding the meetings in family centres, he  familiarised supporters with the range of services the charity  provided.

…Leadership in our community is about having the talent to lead from the front and not from the pocket..

The first Young Norwood event – a breakfast at Claridges – raised £40,000 in three minutes and other YN committees promptly sprung up, eventually taking them  to their current figure of 3,500 young adults who are connected and helping to support the charity.

Being asked to single out aspects of Norwood of which he is proud, he says, is like asking a father to discuss his children. “Where do I start? I have 80 services, a workforce of 2,000 supporting 4,000 individuals annually. I am proud of them all.”

But he can be drawn on some of his more memorable moments, and cites sitting on Norwood’s long-term fostering and adoption panel for 10 years as one of them, and placing more than 70 children into family homes as one of his biggest accomplishments. “I got direct experience in all of the operational services, which enabled me to sit with David Cameron at Downing Street discussing the care bill, and I am very proud of organising the first communal conference to bring  together special educational needs coordinators and headteachers and help them recognise issues within their schools.”

Raised in Southgate by parents who impressed upon him the importance of tzedakah, David has been philanthropic since he was a small boy helping his mother hand out meals on wheels to the elderly. 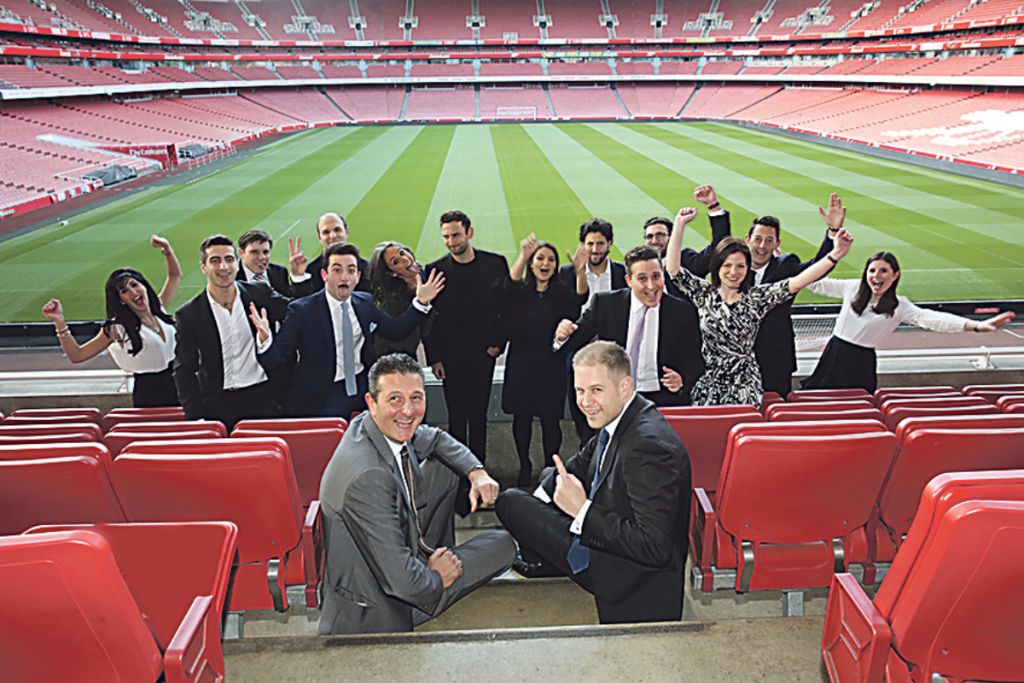 As a young man, he fought for the right to sit at the same table as older lay leaders and defied their preconceptions by contributing  extensively. “I joined the board without having a chequebook. For some reason, it was perceived that if someone could write a cheque, they had the credibility to lead. I would argue that leadership in our community is about having the talent to lead from the front and not from the pocket.”

Now, as he exits from the Norwood podium, he hopes that long-serving trustees across the community will follow his lead and make room for young people with big ideas.

“I also future gaze at where the community has come and what the challenges are ahead, and it concerns me. The community is shrinking, trust funds are diminishing and younger people won’t have the disposable funds for tzedakah that we do.

“Because of this, smaller charities need to look at consolidating and bigger ones that overlap should join forces. My  hope is that  younger people will have the energy, ability and foresight to make that happen. We just have
to let them do it.”