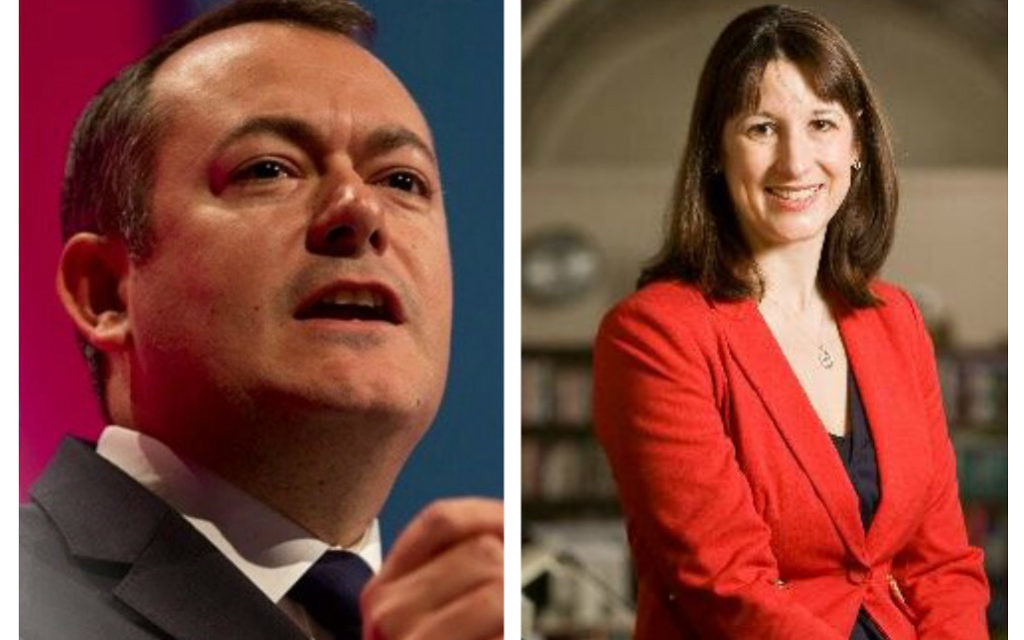 We met in the 1990s through Labour Students. Rachel was 18 and off to study at Oxford. Michael was the national chair of Labour Students, working closely with the Union of Jewish Students.

We both joined the Labour Party as teenagers because we wanted to fight for equality and social justice at home and abroad. The Labour movement has always had a strong record of opposing discrimination and racism, including anti-Semitism. That was – and still is – central to what we believe as Labour people. That’s why we were so deeply saddened by the allegations of anti-Semitism at the Oxford University Labour Club.

The decision by Oxford Labour Students to endorse ‘Israel Apartheid Week’ was frankly ignorant, offensive and deeply unfair. Having visited Israel and the Palestinian Territories many times, we support a negotiated two-state solution for peace. That means an Israel safe, secure and recognised within its borders; living alongside a democratic, independent Palestinian state. We seek to strengthen relations between Britain and Israel and are proud to promote a vision of coexistence founded on peace and liberal democracy.

Being a friend of Israel doesn’t mean you have to agree with everything the Israeli government does. Go to Israel and you’ll find the biggest critics of the government will be many Israelis. That is part and parcel of their lively democracy. But to liken Israel to South Africa pre-1990 is abhorrent.

What is alleged to have happened at Oxford goes much deeper than signing up to stupid campaigns. Our primary concerns are regarding the accusations at the club of harassment and intimidation of Jewish students. If these are proven true, they need to be treated as racist incidents and dealt with appropriately and severely. Racist bullying contradicts everything Labour stands for.

A recent Community Security Trust report highlighted the seriousness of anti-Semitism throughout Britain, showing that 2015 saw the third highest number of anti-Semitic incidents ever recorded in the UK.

Of the 924 recorded cases, more than a third – 354 – involved an anti-Semitic attack or abuse directed against a Jewish person going about their business. Eighty-five incidents targeted Jewish schools, schoolchildren or their teachers. There were also 50 anti-Semitic incidents targeting shuls.

What is even more concerning is that these statistics may not reveal the true scale of the problem. A 2013 study of Jewish experiences showed that of the British Jews who had experienced anti-Semitic abuse or harassment during the previous five years, nearly three quarters hadn’t reported it.

How we deal with allegations of anti-Semitism and racism inside our party is a big test for Labour. All eyes are on us and it is vital we lead by example. We are glad to see that the national Labour Students organisation is treating seriously accusations of anti-Semitism and has launched its own investigation. This has now been referred on to Baroness Jan Royall, which will investigate further.

We are, however, disappointed that Labour Students’ initial report has not been made public. In the interests of transparency and to demonstrate beyond all doubt the seriousness with which we take these allegations, the report should be published now.

We both worked closely with Baroness Royall, when we were all Shadow Cabinet members. She is hugely respected and we can think of no one better to investigate these issues. Her inquiries should only be the start of the party’s attempts to root out any suggestion of anti-Semitism.

But there is no reason why the initial Labour Students report, that will inform her further work, cannot be made public. Neither is it acceptable for the party to now wrap serious allegations about anti-Semitism inside Labour Students into a wider inquiry about the recent election of the Youth Rep to Labour’s National Executive Committee, which took place at the Scarborough Young Labour conference. Allegations of anti-Semitism at Oxford are not that same as questions over delegates’ credentials in Scarborough.

The party leadership must directly engage with these problems; it must discipline anyone who is found to be responsible for anti-Semitic actions. We must have the confidence that robust action will be taken. This is particularly important because young Jewish people are increasingly staying away from leading universities because of a hostile atmosphere towards Jews, with the Jewish Human Rights Watch warning that anti-Semitism on campuses is worsening.

Back in the 1990s, when we got involved in campaigning for Labour, the party was clear that anti-Semitism had no place on our campuses, in our society and certainly not in our party. This is an important moment for Labour. We must show we will act now to demonstrate that the Labour Party is still a movement that will show zero-tolerance towards anti-Semitism and that we continue to stand against all forms of racism.