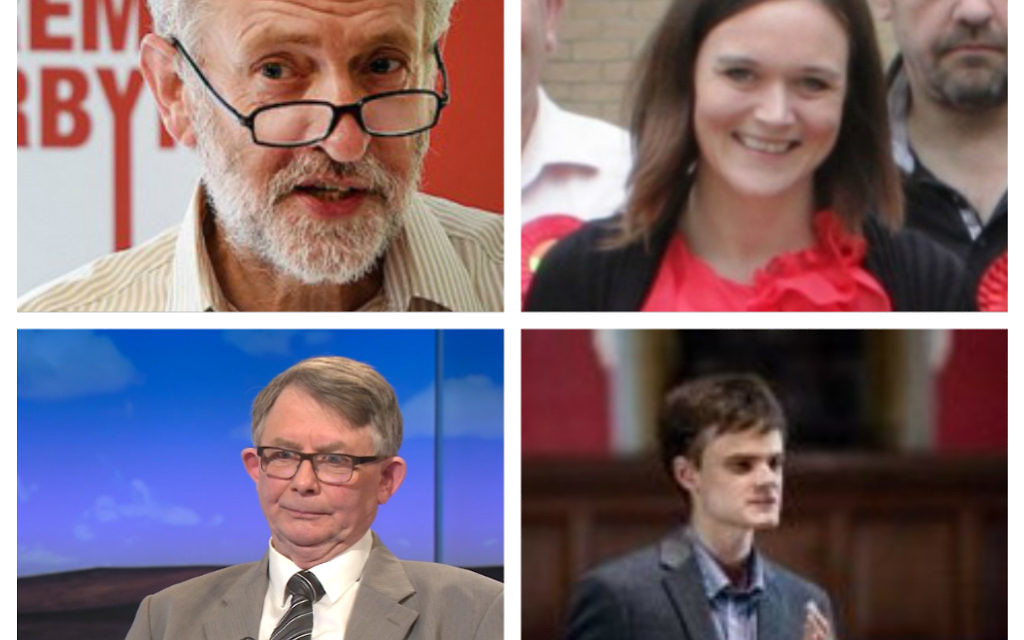 The increasing and disturbing evidence of anti-Semitic behaviour on the part of some Labour party members is deeply worrying and it is now clear that decisive action is needed to tackle the problem.

It is important, though, to recognize the root of the problem. For far too long, some on the left have exhibited a distorted logic when it comes to anti-Semitism by equating every aspect of Jewish identity and culture with the politics of Israel and the Middle East.

Relationships with the Jewish community thus become problematic and it becomes possible to express opinions that would be entirely unacceptable if directed at any other ethnic, religious or cultural minority.

This now has to stop. The cases of Vicki Kirby and Gerry Downing illustrate just how far the practice of anti-Semitism has rooted itself in the Labour Party; in particular, our failure to deal effectively with the Kirby situation demonstrates at the very least an inexcusable inertia when it comes to dealing with these issues.

The hatred online that Luciana Berger was sent

Let us remember too the vile online abuse suffered by Luciana Berger, the Labour MP, in recent days. This is not to say that all those attacking her in the most terribly racist terms were party members, far from it.

It does, however, indicate a worrying trend in our society and an equally worrying suspicion that this trend is reflected in the behaviour of some in the Labour party.

This is exactly why I raised the issue on Monday, at the weekly meeting of the Parliamentary Labour Party.   We have tolerated for too long the way in which some on the far left have sustained a habit of making all those of the Jewish faith part of some racist conspiracy against other minority groups and now is the time to stand up for decency. It is time to make it clear that Labour party members will not tolerate racism in any shape or form, and that includes anti-Semitism.

There are not many issues in politics that are straightforward but racism is one of them. Either Labour stands for equal rights for all or it doesn’t. Either Labour understands that the kind of racism which stereotypes ethnic groups is totally unacceptable or it doesn’t.   It’s as simple as that.

This brings me to the question of the Labour party leadership.

The vast majority of party members, I believe, are decent people appalled at the behaviour of the likes of Vicki Kirby and we need to use that sense of decency to build a new culture of inclusivity in our ranks.

An important part of this process is, of course, a clear and principled statement from Jeremy Corbyn. His status as the elected leader of the party gives him authority and the ability to send a powerful message not just to the party membership but to the entire country, a message that makes it very clear that racism of any kind will not be tolerated within Labour.

He can set a new standard within the party which embraces and welcomes diversity and which makes membership a positive experience for Jewish Labour supporters.

Corbyn needs to do this quickly. He needs to use his Shadow Cabinet to reinforce the point, to encourage the effort required to stamp out racism in our party. As the Jewish News called for in its leader this week, it is also important for him to indicate how the party will strengthen its rules and its procedures to ensure that the necessary practical measures are in place to deal with the problem effectively.

On a final note, it’s worth pointing out that Labour supporters from the Jewish community are obviously a part of this process of change. I am confident that they will want to play their full part. The point is, though, that they need the unequivocal and very public support of our leadership if they are to have the confidence to believe that their efforts are welcomed.

Labour is best when it stands unequivocally for equality and diversity. No more apologists, please, for anti-Semitism within the ranks of our party. No more excuses, no more deflections by opening up debates on Israel every time a party member makes an anti-Semitic statement.

No more toleration within Labour of the intolerable.   We must now take the opportunity to deal with this problem once and for all.