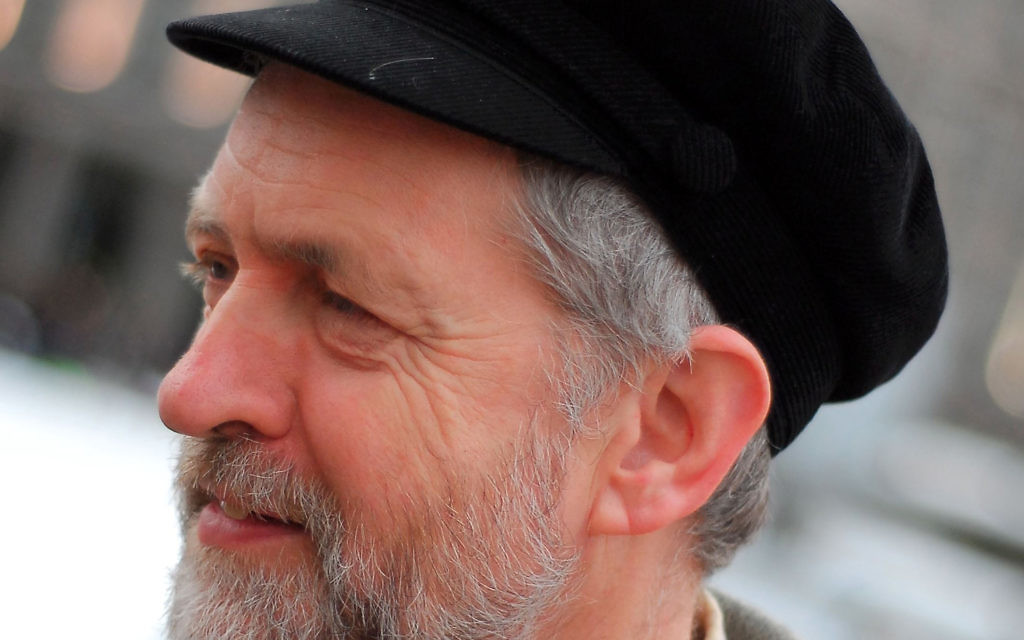 When challenged on his description of Hamas and Hezbollah as “friends”, the man hoping to lead Her Majesty’s Opposition told a recent hustings for the Jewish community: “I’m an inclusive person; everyone’s a friend.”

It may not be a term he has so publicly and gleefully attached to every undesirable he has been linked to over the years, but with each passing day we get further disturbing glimpses into how much of an open door policy Jeremy Corbyn operates.

Terrorist groups, extremist preachers, groups peddling conspiracy theories. The MP for Islington North, it seems, has been linked in one way or another with a catalogue of characters most politicians would run a mile from.

In two weeks’ time he takes to the stage at a London conference organised by Middle East Monitor (MEMO). It will be his latest association with the organisation, which has been accused by the CST of peddling conspiracy theories and myths about Jews, Zionists, money and power.

Also on the bill at the same event will be cartoonist Carlos Latuff, who won second place in Iran’s Holocaust cartoon contest in 2006. Of course Corbyn may not be aware of Lutuff’s planned appearance or of his history, but he was certainly aware of the accusations facing Sheikh Raed Salah, leader of the northern branch of the Islamic Movement in Israel, when he spoke up for him in 2012.

Despite claims Salah had invoked the blood libel during a 2007 speech, Corbyn hailed him as an “honoured citizen”. He looked forward, he added for good measure, to taking tea on the terrace of Parliament with the sheikh, “because you deserve it”. Would Corbyn be happy to call him a “friend” too?

Such is Corbyn’s record that claims by a self-confessed Holocaust denier of a long association between the leadership frontrunner and an anti-Israel organisation he established don’t seem wholly shocking. You know there’s a serious issue when the idea of a British politician apparently attending events organised by a Holocaust denier lacks the shock factor.

Of course he may not have been aware of his comments on subjects other than Israel but a quick browse of Paul Eisen’s blog brings up this recent piece of commentary on the anti-Shomrim rally in central London: “Apart from their customary control of Government and their grip on culture,” it reads ״Jews in Britain now have their own (legal!) Intelligence Agency and their own (legal!) security apparatus. So all in all, the folk in this demo are only saying and doing what needs to be said and done.”

Corbyn’s office insists it has no dealings with Eisen and that the leadership candidate disassociates himself from his views. His team failed to respond, however, to claims he attended every event for Deir Yassin Remembered – a group from which even the Palestine Solidarity Campaign reportedly moved to distance itself.

For the record, no one is suggesting Corbyn is himself an anti-Semite or Holocaust denier. But to be so consumed by his commitment to the Palestinian cause – certainly not in itself an offence – as to be blind to the comments of those he associates with or defends is a grave offence.

Contrast this gung ho approach with his contacts with the Jewish media or those asking tricky questions. “You are all friends here,” he went on to tell the Jewish community hustings, extending his free use of that word, last month.

But having offered the Jewish Chronicle an interview, his office reportedly went quiet when the paper offered Times columnist Oliver Kamm, a friend of Israel, to conduct it.

His office declined an interview request from this newspaper and failed to respond to requests for comment on the MEMO event. Corbyn does deserve credit for stepping into the lion’s den at JW3 last month, but the lack even of an acknowledgment of such media requests, and unwillingness to address allegations about some of his links head on, will leave many wondering if he cares one jot about the concerns of many Jewish voters.

It is disturbing enough that a backbencher could be linked with such people. Just at the moment David Cameron had launched a crackdown on extremists, here is a man who has proved himself to be happy to bring extremists into the corridors of power.

I get that many see Corbyn as different from other politicians –“Corbyn’s revolution” as Eisen headlined one article.

But surely there are enough smoking guns to suggest he would be a change for the worse.