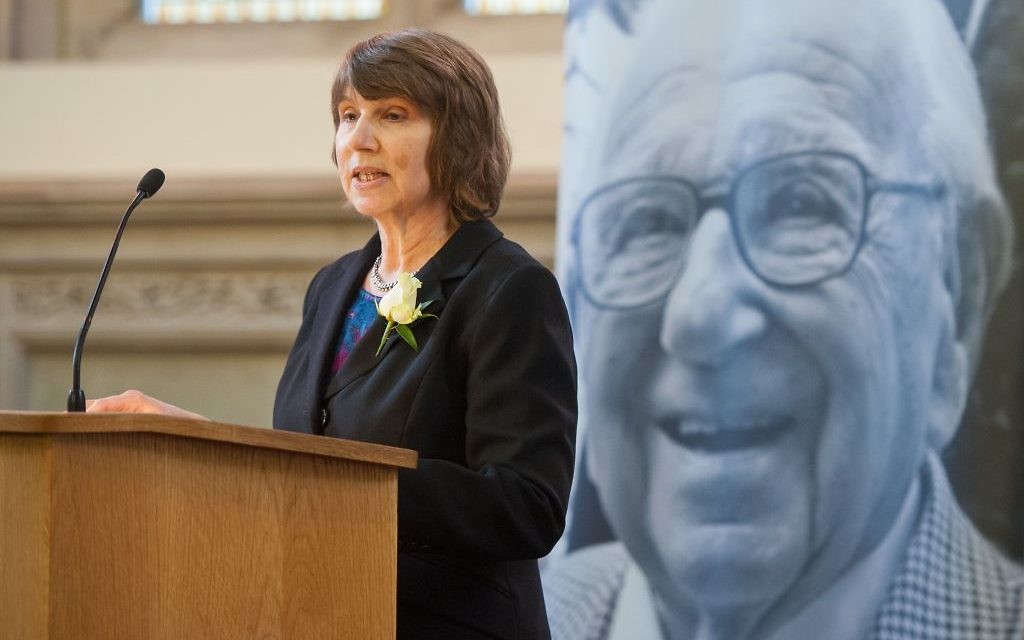 Barbara Winton, the daughter of Sir Nicholas Winton, - compared the “dehumanising language” of the Nazis to that seen in 2018 (Photo credit: Dominic Lipinski/PA Wire)

In January 1939 my father, Nicholas Winton, stood in a refugee camp in central Czechoslovakia, witnessing helpless families with no way out, pleading for sanctuary for their children.

The Nazis were marching across Europe, threatening violence and destruction on those they hated or who stood against them.  Despite having no authority or influence, he decided to act: to try at least to get the children to safety.  That decision led to the Czech and Slovak Kindertransport, saving the lives of hundreds of endangered, mostly-Jewish children.

Today witnessing the scenes in Afghanistan as the Taliban spread their own brand of violence to those they hate and have opposed them, we see uncomfortable similarities to the past and fear for those abandoned to their fate today.  We can look at this unfolding crisis and feel impotent, but we needn’t be.

My father did not accomplish the 1939 rescue alone –many  volunteers appeared and played their part: lobbying government, fundraising, offering homes to children, organising and publicising.

So though as individuals we may feel helpless, we can all do something! We can join together with those groups sending strong messages to our government and with others providing for the needs of new arrivals here, fundraising and spreading the word.

The Jewish community truly understand the price paid when endangered families are left behind and their moral authority campaigning for Afghans is indisputable.  Jewish News, JCORE and Refugee Trauma Initiative have launched a campaign to lobby government and push for more to be done. Supporting that campaign would be a good first step. Other initiatives can be found through local synagogues and community groups.

When war started in September 1939 and the rescue effort had to stop, my father and his colleague Trevor Chadwick both felt they had failed.  They had 5,000 names on their list and only 669 of them were brought to safety. In 1988, 50 years after the Kindertransport, my father began to meet those rescued children, now adults, and he discovered that there were now many thousands alive due to the work he and his fellow volunteers had done. They gave him a ring as a token of their gratitude, inscribed with words from the Talmud, “Save one life, save the world”.  Each person helped, each life saved is precious.  So whatever we can do today to try and save a life is infinitely valuable and contributes to saving the world.