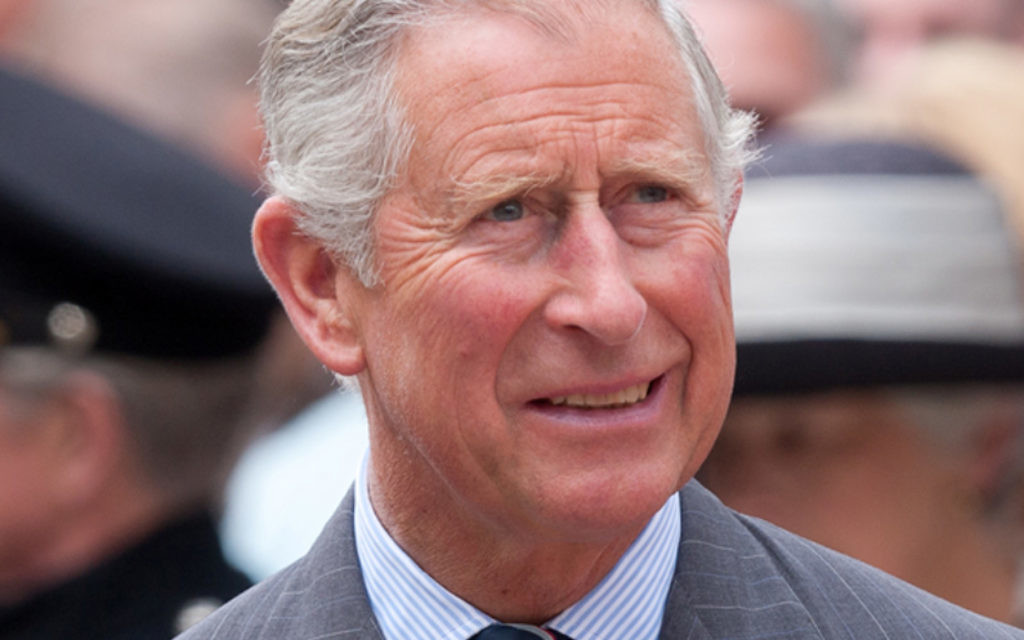 It’s not often that I find it in my heart to feel sorry for the Queen. But as she canters towards her remarkable 90th birthday, I find I do.

I’m sorry for her because every day must be one step more of aggravation as she thinks of a future Britain presided over by one of her three dead-loss sons.

Not, I hasten to add, that things would be much better if it were Andrew or Edward who were due to step into Liz’s petite low-heeled courts. Given the laws presently in place on primogeniture, Princess Anne is out of the equation, and so we have the worrying prospect of King Charles and what he represents.

For those who are wondering quite what this has to do with the Jewish community, it’s simple: the Prince of Wales is “very keen” to visit Iran, and there is every likelihood that a visit is on HRH’s autumn tour schedule. It would be the first such royal visit for 40 years.

A Clarence House spokesperson has let it be known that Prince Charles “hopes he would be able to use his role as a diplomat to further encourage the relationship and dialogue between the two countries”, which is tantamount to saying that the tickets have been sorted and that even now, Camilla, whom I’d always thought had more sense, is getting herself measured up for a designer burka.

As Roger Boyes elegantly put it in The Times: “It’s as if a member of the Royal Family had travelled to Berlin in the 1930s to chat to Herman Goering about eco-diversity in German forests in the hope that the portly Luftwaffe boss would turn out to be a better egg than Hitler.”

Well, quite. Despite endless, and at times histrionic protests from Israel, the kiss-and-make-up initiative with Iran by the West proceeds apace, and Prince Charles’s decision to indulge his love of Persian culture, combined with a little backdoor diplomacy, is ill-judged, ill-conceived, and, in case anyone has missed the point, idiotic.

Heir to the throne, Prince Charles

It’s not, Charles’s supporters hasten to point out, as though he hasn’t been to Iran before; he went in 2004 after the country’s Bam earthquake, although “this was in his capacity as president of the British Red Cross charity and not as a royal figure”, whereas this anticipated visit would be a full-on Prince of Wales endeavour. Its result would be to give a much-desired “hechsher” of royal approval to the leading state sponsor of terrorism on the planet.

The new wisdom about Iran and President Rouhani suggests a softer, more liberal society, keen to capitalise on the dropping of Western sanctions in the wake of its nuclear deal with President Obama.

But here is Amnesty International’s most recent country report on Iran: “The authorities severely curtailed the rights to freedom of expression, association and assembly, arresting and imprisoning journalists, human rights defenders, trade unionists and others who voiced dissent, on vague and overly broad charges.

Torture and other ill-treatment of detainees remained common. The authorities carried out cruel punishments, including blinding, amputation and floggings. Courts imposed death sentences for a range of crimes; many prisoners, including at least four juvenile offenders, were executed”.

So why is the Foreign Office so keen to encourage our next king to visit this nest of snakes? Is it because Britain is trying to get on the ground floor to trade with Tehran, beating other European nations? Well, duh, as they say.

There is a power struggle going on in Iran: Rouhani is facing elections next year and a visit from the best-known Royal Family in Europe would be a nice card to play in garnering new internal support.

Meanwhile Iran continues to bankroll Hamas and Hizbollah, and the Lord alone knows what Rouhani and friends are doing in breach of the nuclear deal they signed in order to get sanctions lifted.

It’s reasonable, I think, to ask why there has still never been a formal visit by a member of the British royal family to Israel – but a visit to Iran, which would dignify and give credibility to its terrorist mindset, seems not just on the cards, but a definite date in the diary.

That’s why I’m sorry for the Queen. Her son is too easily swayed by siren sounds and the supposed romance of Persia, when a visit to Iran would be nothing of the kind.

Perhaps Her Majesty could have a word – before it’s too late?