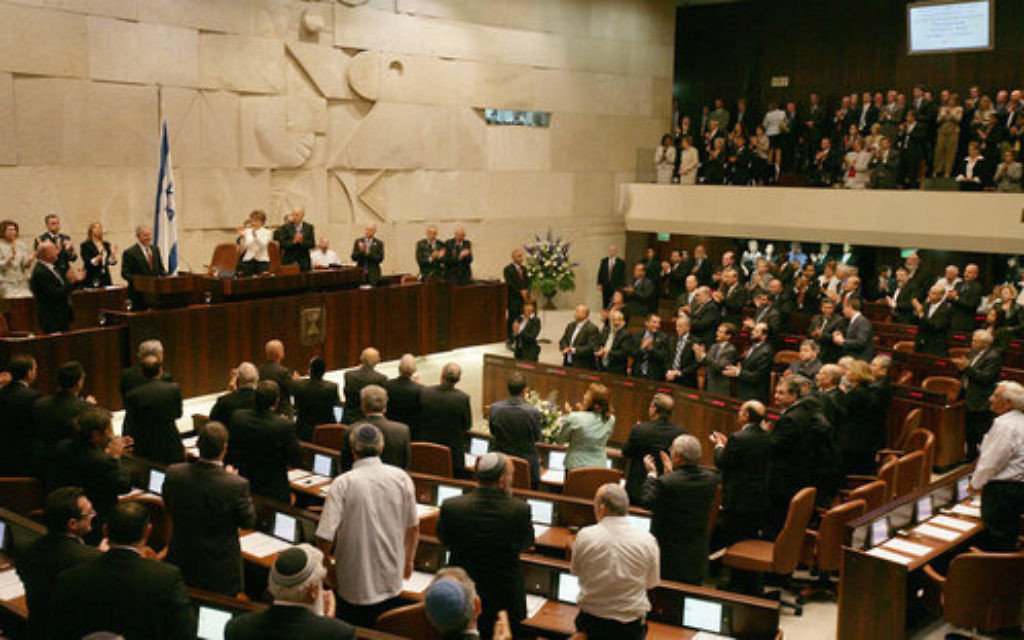 By Tal Ofer, Board of Deputies

On Tuesday, Israelis will head to polling stations to cast their vote in elections to the Knesset.

If you thought that the Conservative-Lib Dem negotiations in 2010 were complicated, just wait to see the results in Israel.

Whoever forms the new government will need a wide coalition of different parties.

The British mandate may have ended in 1948, but when Israelis talk about the number of seats that parties secure, they speak about mandates.

Looking at the results of Israeli elections throughout the years and the frequency of which elections takes place, I want to make the case for Israel to introduce a first past the post system, like we have in the UK.

The Israeli public has lost trust in politicians in general; it can’t stand the corruption and the fact that many parliamentarians rarely attend Knesset sessions.

They are tempted to vote for new parties that offer change to the status quo, just to find out later that they are all the same. You could easily say the same about Westminster; however, there is one fundamental difference: British MPs are accountable for their constituents and know that they need to work hard if they went to be elected and re-elected.

The system in Israel is different as the whole country is one big constituency and people are voting for a party.

Most of them have no idea who most of the candidates are, they have never spoken to them and they can’t scrutinise them (unless they are party members). This results in Members of the Knesset (MKs) who are not accountable to the public, and a public that has no real representatives in the Knesset.

Lists for the Knesset are selected by party members in some parties (Labour, Meretz, Jewish Home), by central committee members (Likud) or decided by the party leader (Yesh Atid) and the public can’t influence who is being elected.

Think about a situation in which Israel would have the first past the post system with 120 constituencies; what would happen if the local party branch selected the local candidate and then the candidate would need to canvass to win support and votes in his constituency.

This sounds utopian to Israelis, but at the end of the day, in a representative democracy, members of parliament are elected to serve the public, not their own interests. There will be those who suggest the idea of increasing the threshold percentage even more to achieve better governability and less frequent elections. However, this will not solve the accountability issue.

True, some may argue that in first past the post, it’s the ‘winner takes it all’ and small parties struggle to enter parliament and be represented.

Others will say that the system is open to deliberate gerrymandering and constituency borders can be drawn in favour of some parties. It is obvious that no system is perfect and each has its own pros and cons.

Having said that, regional constituencies have to become a feature of Israeli politics, whether in full or as part of a mixed system.

It is the politicians who have no incentive to change the status quo, as change won’t benefit them. But they need to ask themselves why they entered politics in the first place.

To gain financially and promote personal interests, or to work hard for the Israeli public? Israelis often complain that many MKs are corrupt, out of touch with reality and that they don’t represent them.

Rather than not voting, Israelis should campaign to change the current system to ensure that MKs are accountable to the voters, as it should be in every democracy.

As British colonists said in the 18th century in America: “No taxation without representation.”

Although I struggle to see a scenario in which Israeli MKs address each other as “honourable member”, I do hope we will in the future see 120 constituencies in the Knesset. This will help strengthen the process, restore trust in politicians and empower the public to scrutinise the work of their direct representatives.

• Tal Ofer is a deputy at the Board of Deputies. The views expressed in this column are his own.