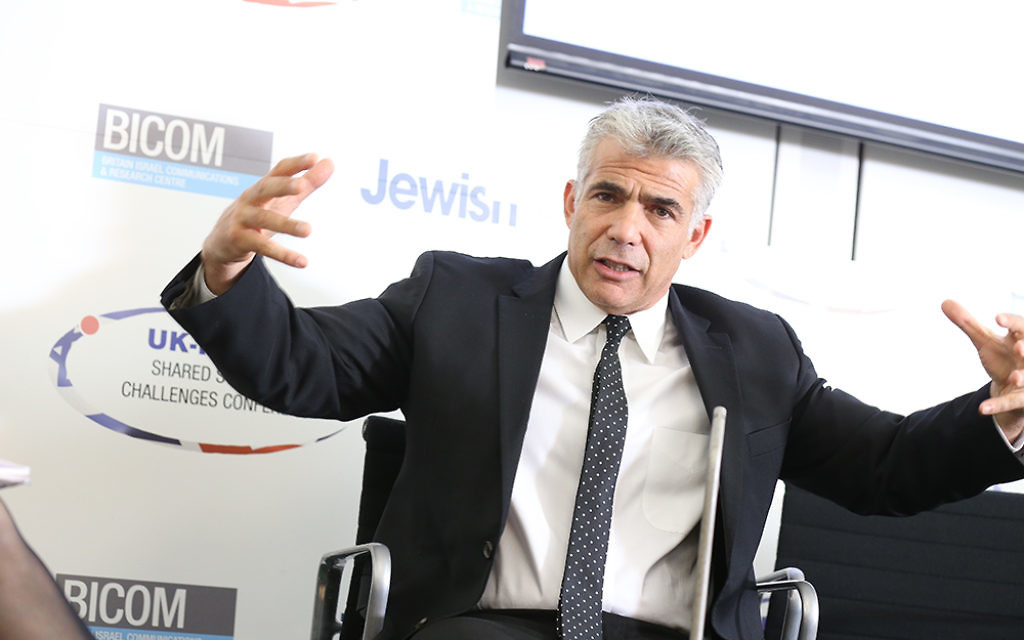 “’Just because you‘re paranoid doesn’t mean they aren’t after you” wrote Joseph Heller in Catch 22. It isn’t a coincidence that those words were written by a Jewish author. Why? Because they’ve been after us longer than anyone else.

The first is clear. In the past two weeks terrorists are chasing Israeli civilians across the country armed with knives, axes and guns. Jihadists are murdering and maiming, stabbing and burning. They no longer pretend this is about foreign policy, or even about settlements. It is religious fanaticism which knows no limits. In their own words – and I see no reason not to believe them – they want to murder Jews because they are Jews.

The second category of persecutors are those in the media covering this wave of violence. In a long series,(too long to be coincidental) of false reports and distortions of the truth they create the impression that the victim is the aggressor, that the ones protecting themselves are the murderers, that Israel has no right to defend itself. Here are a few headlines published in the past two weeks in the English language press on both sides of the Atlantic, stop me when I’m allowed to be paranoid:

Fact: The Palestinian who was shot wasn’t a passerby; he was a terrorist who stabbed two Jews who walked past him.

Fact: The tomb, one of the most significant Jewish holy sites, which is under Palestinian Authority jurisdiction, didn’t ‘catch fire’ it was set on fire, it was arson.

Fact: The death of the mother, for which Israel expressed deep remorse, occurred while the Israeli army targeted terror sites in the Gaza Strip not as ‘revenge’ but as part of an attempt to put an end to ongoing rocket fire on Israeli civilians.

Whoever reads that headline without knowing the details (and how many of us know them in depths?) might miss the fact that the Palestinian boy was holding a knife in his hand when he was killed and was attempting to kill civilians, like the other 6 referenced in the headline. They were all killed while trying to murder Jews.

Here again, for some reason, there is no mention that the four Palestinians were on a murder spree when they were killed.

The man was not “rushing past”, he tried to stab a police officer in the neck at Lion’s Gate in the Old City of Jerusalem.

Is it legitimate to be paranoid yet? Because if not, I have more examples. The members of the international media tend to explain to Israelis, with irritating generosity, that this sort of thing happens when you cover international conflicts. That’s very nice but in my case it won’t work. Before I was a politician I worked in the media for 31 years. I covered wars, international conflicts and countless clashes. As someone who has been on both sides of the media I can say, with total responsibility, that this is an incomprehensible number of incorrect reports, misleading headlines, distortions of fact and total falsifications of the truth.

The most suspicious and angering thing is that it doesn’t happen anywhere else in the world where democratic countries fight Islamic fundamentalism. It could be explained by a lack of professionalism or maybe laziness but when it always seem to fall on the same side, something is clearly wrong. When Israel isn’t involved the world understands that murderers can’t wander free on the streets with guns and knives.

So why are the Jewish people being portrayed in such a negative light? Don’t ask me, I’m paranoid.