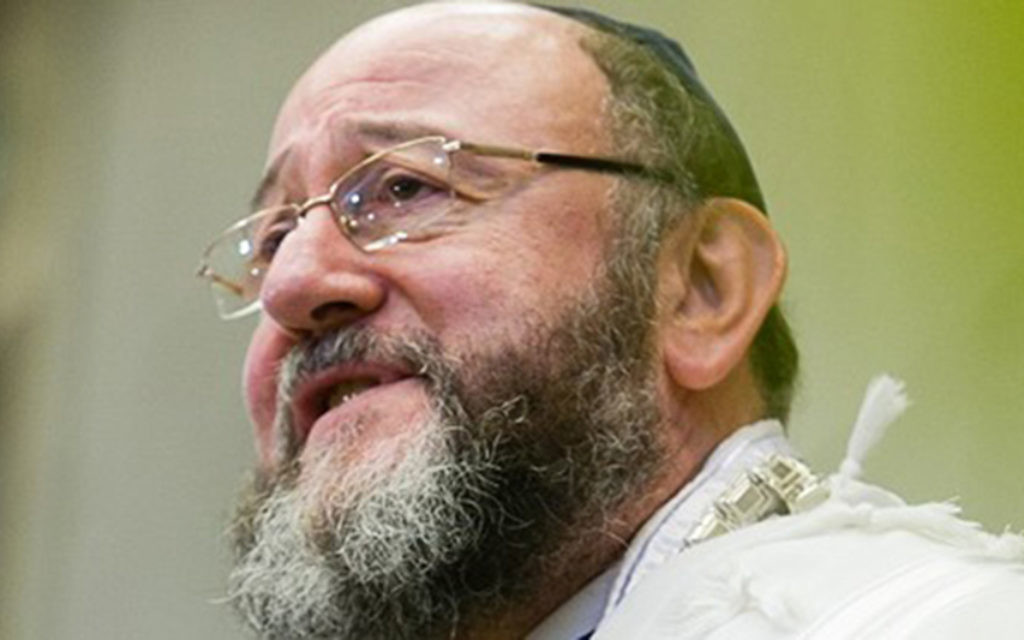 Some of the UK’s most senior Orthodox rabbis have backed the basic principles behind Chief Rabbi Ephraim Mirvis’s landmark guidance to schools on anti-LGBT+ bullying – – while warning some have interpreted his intervention as a relaxing of the Torah position on homosexuality.

In a major step forward for LGBT+ Jews in the UK, the six Charedi leaders – who between them represent the vast majority of strictly Orthodox Jews in the UK – stood firm behind Mirvis’s insistence that Jewish LGBT+ students and children should face no intolerance or ill will towards them for reasons of their sexuality or gender affiliation.

“We affirm that no child should suffer bullying, regardless of his or her inclinations,” they said, adding that it is “appropriate and correct for schools to ensure that among their staff are qualified individuals who are able to counsel pupils should the need arise”.

However, the rabbis – among the biggest names in Orthodox Jewry – warned Jews not to be fooled by any “misconceptions” over non-heterosexual “inclinations”.

Mirvis had earlier said “our children need to know that at school, at home and in the community, they will be loved and protected regardless of their sexuality or gender identity,” in comments warmly welcomed by the country’s biggest Jewish schools.

In their public letter issued on Friday, the rabbis said “some have interpreted the Chief Rabbi’s message as a relaxing of the Torah’s attitude towards alternative lifestyles” and said that compassion does not supersede Torah laws relating to relationships.

They added that they saw it as their “duty to rectify that misconception and remind the Jewish public of the authentic Jewish view”.

Signatories include Rabbi Efrayim Padwa, the principal rabbinic authority at the Union of Orthodox Hebrew Congregations; Rabbi Shraga Zimmerman, the influential Rov of Gateshead; Dayan Lichtenstein, the Rosh Beth Din of the Federation of Synagogues; and Dayan Chanoch Ehrentreu, the former head of the United Synagogue’s Beth Din. Alongside them is Dayan Gavriel Kraus of the Manchester Beth Din and Rabbi Avrohom Gurwitz, who runs the huge Gateshead yeshiva.

In their letter, they continued: “One of the fundamental principles and tenets of the Jewish faith is that all laws and practices of the Torah are eternal and immutable, regardless of how modern society may view them.

“Accordingly, we state unequivocally that any intimate physical relationship other than that between a married male and female, is totally, strictly and absolutely forbidden according to Jewish law.”