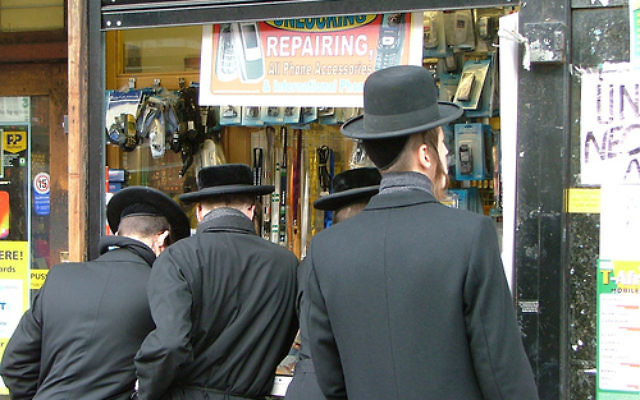 An explosive row has erupted between strictly Orthodox leaders and Ofsted after the national inspectorate laid into a Charedi school for teaching “incorrect content” by omitting reference to evolution or anything pre-dating 5,776 years ago.

Community representatives said it was an “outrageous attack” on freedom of religion, acknowledging that Ofsted’s criticism of the 240-pupil Getters Talmud Torah will affect every Charedi school.

Inspectors said: “The school’s ethos policy promotes the teaching of incorrect content. The policy stipulates that ‘our curricula for Science, Geography and History will not reference evolution or prehistoric events that would de facto pre-date the creation of the world 5,776 years ago.’ Therefore the curriculum still does not ensure pupils have sufficient or correct knowledge and understanding in the required areas of their education.”

The report follows the school’s third inspection in 15 months, conducted in March, in which inspectors also criticised a lack of safe-guarding, leadership, resources, progress-checking, careers guidance and secular teaching, among other things.

The angry reaction came from Interlink Foundation, which represents Charedi schools in London. Joel Friedman, head of policy and strategy, said: “We are taking this matter extremely seriously. This outrageous attack on the freedom of a religious minority has precedent only in bygone eras we wish not to be reminded of.”

Although independent, the school must meet the requirements of the Education (Independent School Standards) Regulations 2014, initially set out for state-funded schools.

“It seems Ofsted [now] wants to apply it to independent schools too,” said Friedman. “The agenda of the National Secular Society is apparently being implemented by Ofsted who are seemingly untroubled by an organisation which had to redact the anti-Semitic comments of its leader.”

He added: “It is very worrying that Orthodox Jewish education is being threatened in this way and we hope that the Government will take note of current concerns and seek ways to ensure the freedom and continued success of the Jewish community within a modern Britain.”

Earlier this month, Keith Porteous Wood, the head of the National Secular Society, said there was a “very strong Jewish lobby” in a radio discussion about strictly Orthodox schools operating illegally in London, for which the NSS promptly apologised.