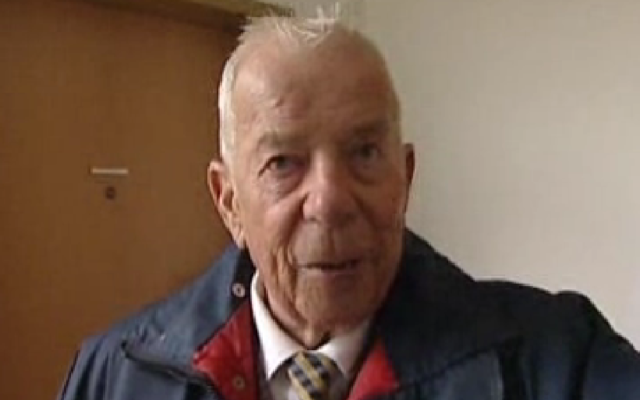 Otto Deutsch, a well-known Kindertransport survivor who “never forgot ­Vienna” after forging a new life in London in 1939 when he was 12 years old, has died at the age of 88.

He spent years engaged in Holocaust education, recalling his agonising separation from his family, and how – years later – he went back and found the exact spot where they were shot.

Ahead of a reunion or the 75th anniversary of the Kindertransport in London, he said: “My mother would queue outside the Jewish Welfare Board night after night for permission to land in the UK. She knew there was a quota for 10,000 children and she was anxious that I should be on the list.

“One day she came in, cuddled me, and said ‘Otto, you’re going to England.’ I knew England was an island, and I was excited to see the sea. I said ‘Great, when are we going?’ She said ‘No, Otto, it’s just you.’”

On leaving Vienna, he said: “I still recall the announcer saying there was to be no signs of emotion. Even now I regret not giving my mother a final cuddle. But as far as I was concerned, it was only to be a temporary parting.”

He was active in education until his death, and last year, he played a crucial role in an exhibition at the Children’s War Museum. In the documentary, he is shown recalling the day the swastika replaced the Austrian flag outside his home town hall, and how, as a ten-year-old, friends he played with one day began picking up stones and attacking him ­because he was a Jew. 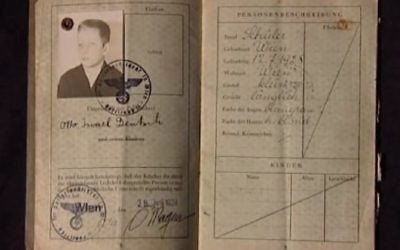 Otto’s Austrian passport, with the stamp of Nazi Germany

Seven years ago, at Liverpool Street Station, he met Sir Nicholas Winton, whose own wartime efforts helped save 669 mostly Jewish children in Prague.

Michael Newman, chief executive of the Association of Jewish Refugees (AJR), said: “We are deeply saddened by Otto’s passing. He was a popular and loyal member, who carried the trauma of his youth with great dignity. Although he rebuilt his life in the UK, he never forgot Vienna and returned regularly to Austria speak in schools about his experiences.”

Deutsch’s close friend Donna Osher said: “Otto was and always will be our inspiration and shining light. We will miss him greatly and he will now be finally reunited in peace with his dear parents and sister. Eternally in our thoughts and prayers.”

Karen Pollock, chief executive of the Holocaust Educational Trust, said: “Otto dedicated many years of his life to educating the next generation about his safe passage to Britain on the Kindertransport, a journey which saved him from the horrors of the Holocaust but meant that he never saw his parents again.

“He was a lovely man with such a kind and gentle way about him – he will be sorely missed by all of us at HET.”