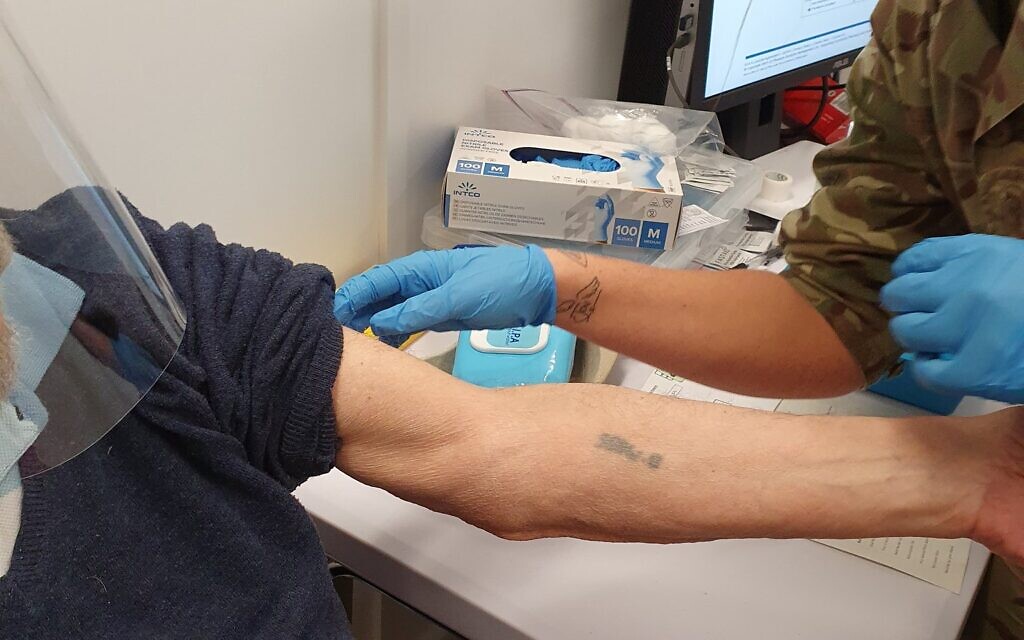 A photograph showing a 93-year-old Holocaust survivor receiving his first Covid jab in the arm bearing his Auschwitz tattoo has gone viral.

The photo of Herschel, who lost seven siblings in the Holocaust and is blind, was picked up by the BBC after being posted by his son David, previously known under the pseudonym ‘ifyoutickleus’. Before appearing on BBC News, the mysterious blogger, had become infamous for shedding light on the realities of living among the Stamford Hill Orthodox Jewish Community.

David, who is 53 and a barrister, told BBC News: “It’s all just amazing. We talk about the difficulties sand the terrible tragedy that has befallen many of people, yet there is plenty of hope and light in it. Just as my father has always said that there is light in his darkness.”

Herschel, who grew up in Czechoslovakia, near the Carpathian Mountains, was taken to Auschwitz at 16-years-old. His son David told Jewish News his father “always says he feels he was born twice, as he was taken out of the gas chambers on Simchat Torah which is also his birthday.”

Herschel was one of 51 boys, out of 500 that had been selected to die in the gas chambers. He was taken, along with 50 others, already naked and waiting, out of the chambers by three SS officers. The others were never to be seen again.

From Darkness to Light – Private Maddy Oliver vaccinating my father in the same arm where 76 years earlier his Auchwitz number was tattooed
וְגָאַלְתִּי אֶתְכֶם בִּזְרוֹעַ נְטוּיָה
And I will redeem you with an outstretched arm@NHSuk @BritishArmy pic.twitter.com/2nuZc31sbK

David’s photo of his father has been liked more than 16,000 times and bears the caption:

From Darkness to Light – Private Maddy Oliver vaccinating my father in the same arm where 76 years earlier his Auchwitz number was tattooed.

“And I will redeem you with an outstretched arm”

In a Tweet following the live broadcast, David said: “my father and our family have been immensely touched by the incredible goodwill and hope inspired by this simple photo that crosses generations and cultures and brings us together as humans.”

Mysterious blogger outed on prime time TV. You can't make that one up. Seriously though, my father and our family have been immensely touched by the incredible goodwill and hope inspired by this simple photo that crosses generations and cultures and brings us together as humans pic.twitter.com/ydlcEOvHmM