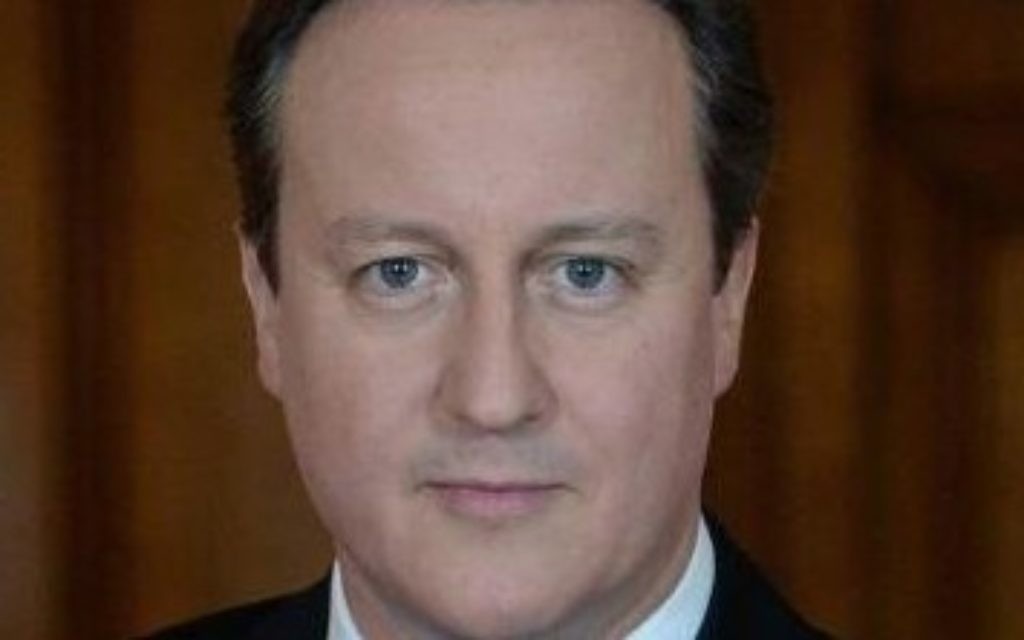 David Cameron has spoken of his intention to mark the centenary of the Balfour Declaration “together” with the Jewish community, writes Justin Cohen.

The issue was on the agenda for his annual meeting with leaders of the Jewish community, which also addressed the ongoing terror threat to the UK.

“The seriousness of the terror threat is very grave. You understand that better than anyone,” he said in opening remarks. “I’m determined that the Jewish community in Britain should feel safe. If you don’t it diminishes all of us.”

As preparations begin to mark the anniversary of the Balfour declaration next year, the premier said: “I want to make sure we mark it together in most appropriate way.”

He said the work of the Holocaust Memorial Foundation – set up to implement the recommendation of Cameron’s Holocaust  Commission – was progressing “very well”.

Chairman of the JLC, Sir Mick Davis, said “As Jews, we are facing a rising tide of anti-Semitism and anti-Israel rhetoric but despite this – I can’t think of a better time to be Jewish in the UK.

In an era where many see faith communities as outdated it is important that we highlight our strengths and we are grateful that throughout Mr Cameron’s time as Prime Minister the Jewish community has received ongoing support from the Government which has facilitated this vibrant Jewish life.”

Board president Jonathan Arkush said: The prime minister was “engaging and demonstrated a very clear grasp of the range of issues raised with him by the community.”

“The meeting, convened by the Jewish Leadership Council, covered a wide range of current areas of concern and interest to the Jewish community including security, and extremism, students on campus, education, social care, Israel and the Middle East Conflict.”

Attendees included Sir Mick Davis of te JLC, Gerald Ronson of CST, Edward Misrahi of BICOM, Hannah Brady of UJS and Board president Jonathan Arkush. The PM stressed how much he values a meeting which brings together the heads of organisations across various sectors to hear their thoughts in a single forum  – saying it would be helpful if other communities did the same.