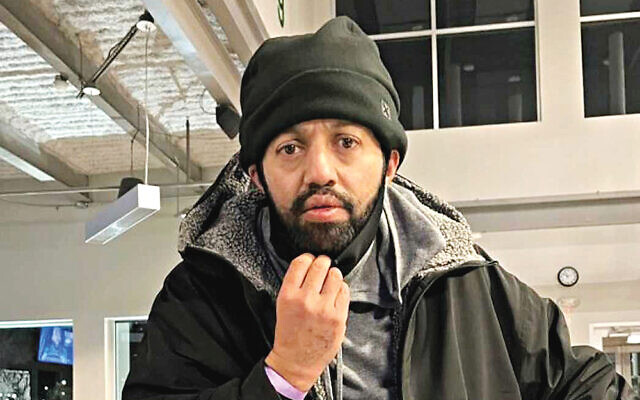 Detectives have been given extra time to question two men as part of the investigation into the Texas synagogue attack by British hostage-taker Malik Faisal Akram.

The two men who were arrested on Thursday in Birmingham and Manchester remain in custody and officers have been granted an extension of custody to continue to question them further, Greater Manchester Police said.

It comes after Akram, 44, who was originally from Blackburn in Lancashire, was shot dead when the FBI entered the place of worship in Texas on January 15 following a 10-hour stand-off.

Akram held four people hostage during the incident, but they were later released unharmed.

The Tarrant County Medical Examiner on Friday ruled his death a homicide as a result of multiple gunshot wounds.

In Texas, a death being ruled as a homicide indicates that one person was killed by another – but does not necessarily mean the killing was a crime.

FBI director Christopher Wray called the stand-off an antisemitic incident, while US President Joe Biden said it was “an act of terror”.

Officers from Counter Terrorism Policing North West (CTPNW) said they are continuing with their investigation following the events in Texas and are working closely with and supporting US law enforcement, the force added.

A statement from Greater Manchester Police said: “We continue to work closely with colleagues from other forces.

“Communities defeat terrorism, and the help and support we get from the public is a vital part of that. So we would urge everyone to remain vigilant, and if you do see anything suspicious then please report it, in confidence, to police via the anti-terrorist hotline or gov.uk/ACT. It won’t ruin lives, but it may well save them.”

During a press conference in Texas on Friday, Matthew DeSarno, of the FBI, said Akram was not known and had no prior contact with US intelligence services.

He described the incident as a “federal hate crime” and added that the FBI is conducting “rigorous” analysis of Akram’s associates, his online presence and his devices.

“Today we’ve had significant success in tracking Akram’s movements and identifying the persons with whom he interacted while inside the United States,” Mr DeSarno said.

“This includes from the time he landed in New York on December 29 until he entered the Congregation Beth Israel Synagogue on January 15.”

Rabbi Charlie Cytron-Walker, who was one of the hostages inside the synagogue, thanked the police, law enforcement agencies and Colleyville Mayor Richard Newton for their support during the press conference.

He added: “I stand up here before you with great gratitude just to be alive, with such appreciation for all of those small little details that add up to something that, fortunately, was pretty miraculous.

Akram is believed to have had a previous criminal record before the siege on Sunday.

Born in 1977, his criminal history is understood to date back to 1995 when he would have been about 18 years old.

After that he spent time in and out of jail, first in 1996 for violent disorder.

Akram was issued with an exclusion order from Blackburn Magistrates’ Court in 2001, banning him from going near the building, sources previously told the PA news agency.

Akram was investigated by MI5 in 2020 but deemed not to be a credible threat to national security at the time, official sources previously confirmed to PA.

It is not yet clear how Akram was able to travel to the US two weeks ago despite his UK criminal record.

The FBI said they are still “working hard to learn more about how Akram acquired the firearm he possessed”.