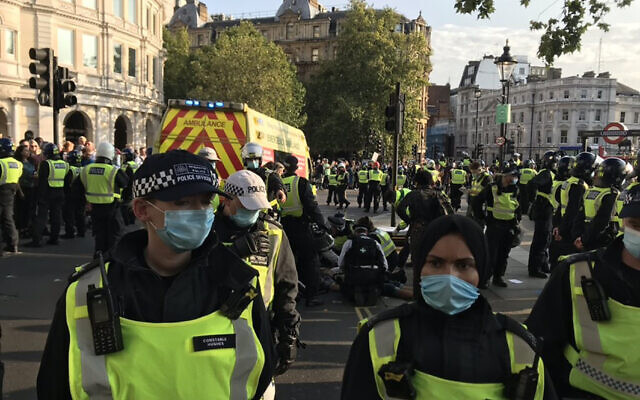 Picture taken with permission from the twitter feed of @bollin_anne of police officers tending to person injured during an anti-vax protest in London's Trafalgar Square.

Police are investigating a recording from a Trafalgar Square anti-lockdown protest in which a speaker referred to the Nuremberg Trials and the hanging of doctors and nurses.

Kate Shemirani, who was struck off as a nurse for spreading misinformation on Covid, sparked fury as she asked those gathered at the protest to supply details of NHS workers to her.

In her speech Shemirani – who once described the NHS as the “new Auschwitz” – said:”Get their names. Email them to me. With a group of lawyers we are collecting all that.

“At the Nuremberg Trials the doctors and nurses stood trial and they hung.”

Sadiq Khan later described the ex-nurse’s comments as “appalling” and confirmed he had raised “it directly with the Met Police.”

A Metropolitan Police spokesperson confirmed they were aware of a video of Shemirani’s speech circulating online and said: “Officers are carrying out inquiries to establish whether any offences have been committed.” 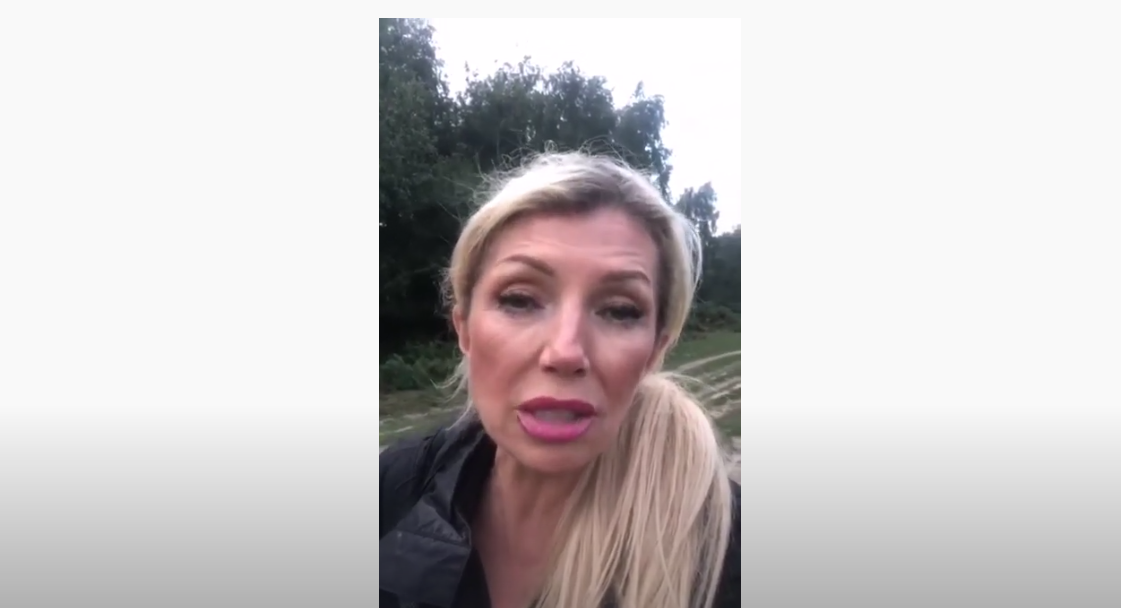 As one of the leading figures in the anti-vaxx movement that has united QAnon obsessives with far-left and far-right activists – Shemirani has also repeatedly shared images of Adolf Hitler, the swastika symbol, and made references to the gas chambers in a flurry of online posts.

She is also a believer in the “Committee of 300” conspiracy theory, which paved the way for the notorious antisemitic forgery the Protocols of the Elders of Zion.

The idea behind the Committee of 300 is that an international council that controlled politics, media, banking and the military across Europe.

While the founder of the 1909 theory, the German politician Walther Rathenau said he did not suggest the 300 men were all Jewish, the idea that they were indeed all Jewish quickly took hold.

When Mr Rathenau was assassinated in 1922, his killer cited his victim’s alleged membership of the “Three hundred Elders of Zion” as justification.