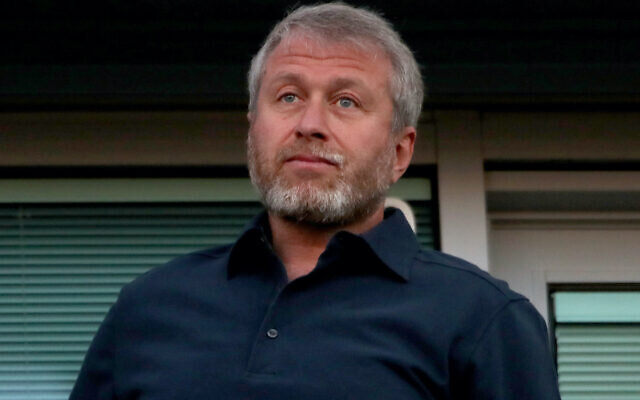 The Portuguese authority responsible for nationality matters has opened an internal inquiry into the granting of citizenship to billionaire Chelsea Football Club owner Roman Abramovich.

Russian-born businessman Abramovich was granted Portuguese citizenship in April 2021 based on a law offering naturalisation to descendantsiT of Sephardic Jews who were expelled from the Iberian peninsula during the medieval Inquisition.

There is little known history of Sephardic Jews in Russia, while Abramovich is a common surname of Ashkenazi Jewish origin.

The inquiry by the Institute of Registries and Notary (IRN), which provides nationality and passport services, comes amid criticism from some activists, commentators and politicians who say the law must be reviewed as they believe it is being used by oligarchs to get a foothold in the EU.

Joao Batalha, anti-corruption activist and founder of the Portuguese branch of Transparency Internacional, wrote on Twitter: “Everything indicates that behind a well-intentioned law a passport mafia has been set up.”

The justice ministry said the inquiry, first reported by radio station Renascença and later confirmed by Reuters, was a standard process.

“It is a normal procedure adopted whenever there are situations or news that refer to any possible irregularity in the procedure carried out,” it said in a statement sent to Reuters.

“The IRN only intends to establish, without any room for doubt, whether…there was any kind of irregularity,” it added.

A spokeswoman for Abramovich said he and his staff “welcome any review as it will only demonstrate the citizenship was obtained in accordance with the rules”.

Thousands of Israeli Jews have been granted Portuguese citizenship since the law was passed in 2015. The number of such applications has risen in Portugal since a similar citizenship offer to Sephardic Jews by Spain ended in 2019.

Applicants’ genealogies are vetted by experts at one of Portugal’s Jewish centres, Lisbon or Porto. The Porto centre was responsible for Abramovich’s process.

Abramovich, who made his fortune in Russia’s oil industry, has donated money to projects honouring the legacy of Portuguese Sephardic Jews in the German city of Hamburg, according to the Jewish Community of Porto’s information portal Mazal.

In a blog post, the Porto centre said Abramovich’s process had the stamp of approval from some of the “most prestigious international Jewish institutions”.