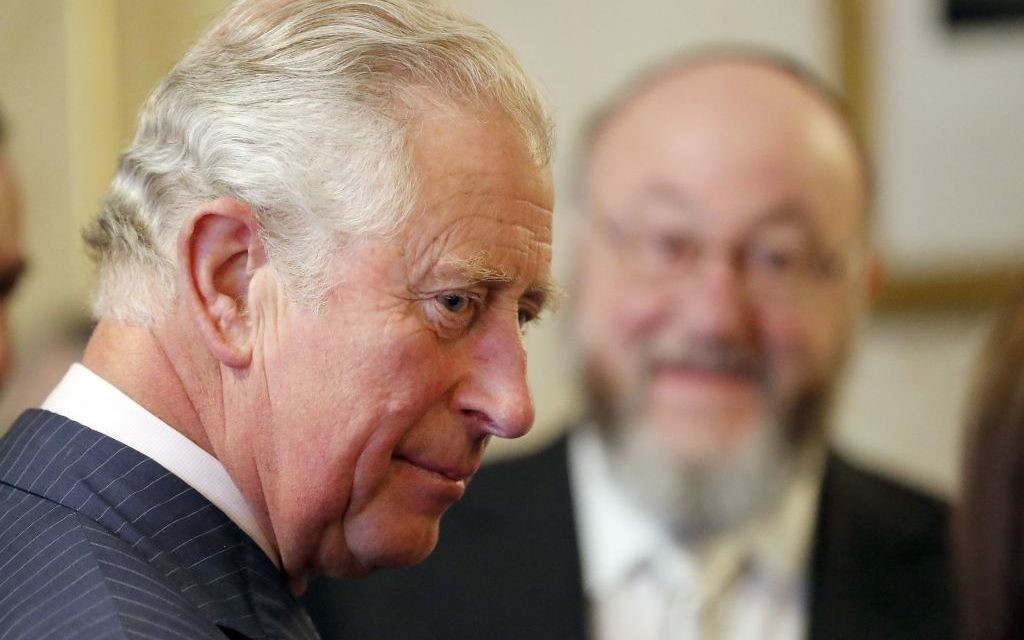 Prince Charles was among the party-goers last night as the Royal Albert Hall played host to the UK’s biggest celebration for Israel’s 70th birthday.

Compared by TV judge Rob Rinder, the event was organised by the Jewish Leadership Council, UJIA and Israel Bonds, taking on a concept from the United Synagogue’s Alan Aziz.

The party kicked off with a dance performance from a group of British Jews aged eight to 80 who had applied to perform on one of the country’s biggest stages, before the heir to the throne entered to the anthems of Britain and Israel, taking his place in theRoyal box alongside the Chief Rabbi and Israeli Ambassador. 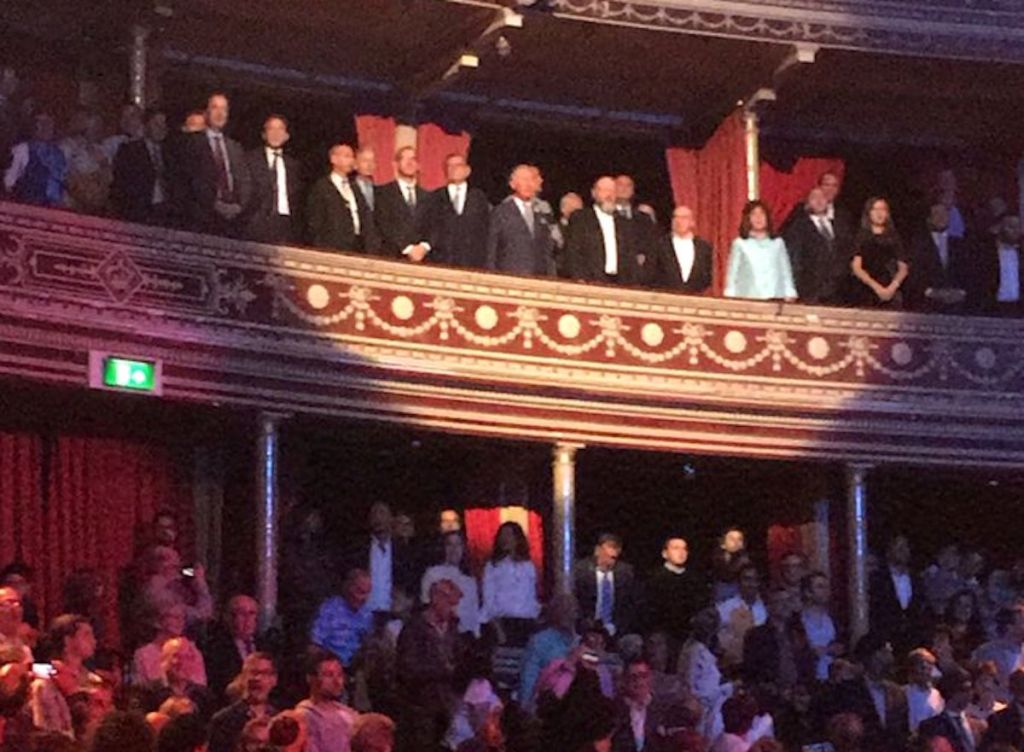 Prince Charles alongside the Chief Rabbi at the event

Cabinet minister David Lidington, who represented the government, hailed modern-day Israel as a “global leader” in upholding the rights of women and LGBT communities, as well as a tech superpower and a key provider of aid to foreign disaster zones.

“Israel’s story has the belief in miracles at its heart,” he told the audience, drawing on the words of the country’s first prime minister David Ben Gurion. The Balfour Declaration, he said, provided the hope that the dream of a “land to call home” might become a reality. The Palestinians too deserve a home, Lidington added. And while Britain would always defend the Jewish state’s “right and obligation” to defend itself, the minister stressed the need for reconciliation with all her neighbours and insisted the UK wouldn’t shy away from asking tough questions when needed.

Hailing Anglo-Jewry as “one of the most dynamic communities” Lidington said “it is frankly shaming our country is having to learn the lesson” on fighting antisemitism today. “Antisemitism in whatever form has no place in society and we must never tolerate it. It’s why whatever the political disagreement between the UK and Israel antisemitism must never be able to survive by cloaking itself behind criticism of the policies of the Israeli government.”

Listen to the Jewish Views podcast!

UJIA chair Louise Jacobs earlier kicked off proceedings, promising revellers the event would reflect the fact that Israel has produced a “wealth of artists from across the diverse communities”.

Headliners Balkan Beat Box has the audience on their feet with their signature mix of world music, jazz and electronica, and were joined on stage by A-WA, a band of three sisters which added a Yemenite flavour, and Gili Yalo, describes as “one of the most intriguing new musicians in Israel” who combines Ethiopian music with soul and funk. Also taking to the stage for the first time in the UK was the Vertigo Dance Company which provided a captivating performance with the Revolution Orchestra and the Gilad Ephrat Ensemble.

In his address, Jewish Agency chairman and former refusnik Natan Sharansky recalled the key role played by British Jews in the Soviet Jewry campaign and the indelible mark of the community on Israel, pointing to the recent celebration he attended for Jewish News’ list of leading olim. Israel would never allow anyone “from left or right” to undermine the bond between the country and the diaspora, he pledged. 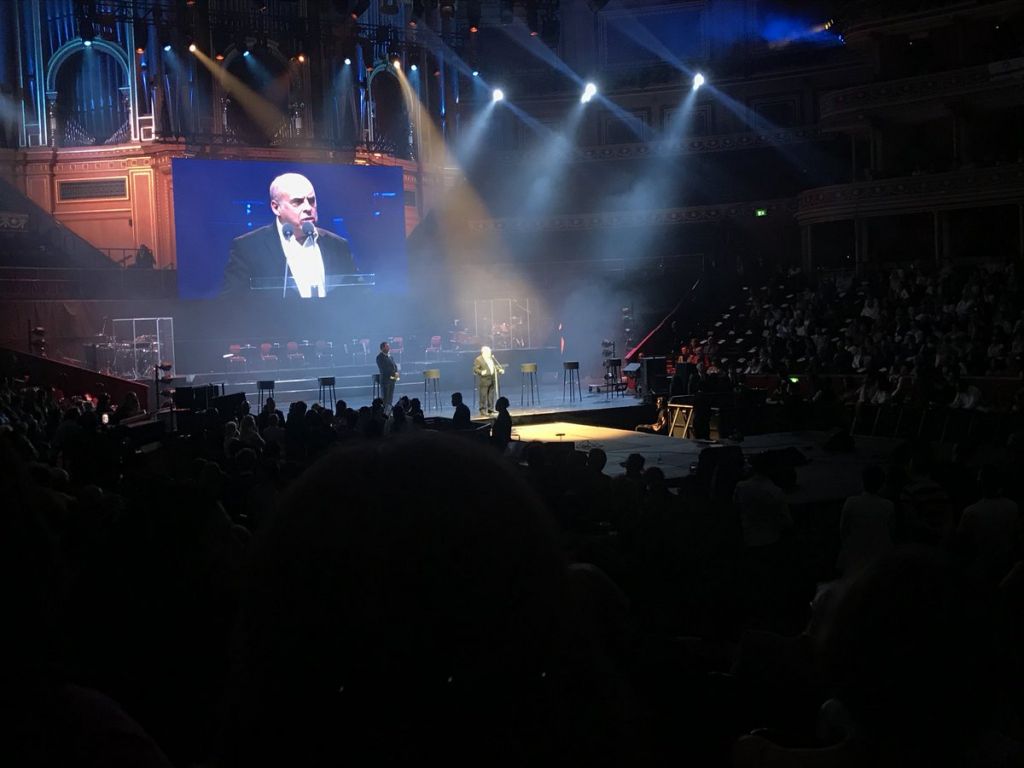 Introduced by JLC chair Jonathan Goldstein, Israeli Ambassador Mark Regev thanked the community for an “amazing” celebration. The attendance of the Prince of Wales, he said, was fitting because of the historic role played by Britain in the “rebirth” of Israel.

He said: “The partnership between Britain and Israel is strong and growing stronger. It’s creating prosperity and security for citizens for both our countries.” He drew applause by sending mazeltov wishes to the Duke and Duchess of Sussex and looking ahead to the historic visit to Israel of the Duke of Cambridge. “We Jews haven’t had royalty of our own since biblical times so we are naturally exiting by this visit. All of Israel will unite in welcoming Prince William with a very warm ‘shalom’.” 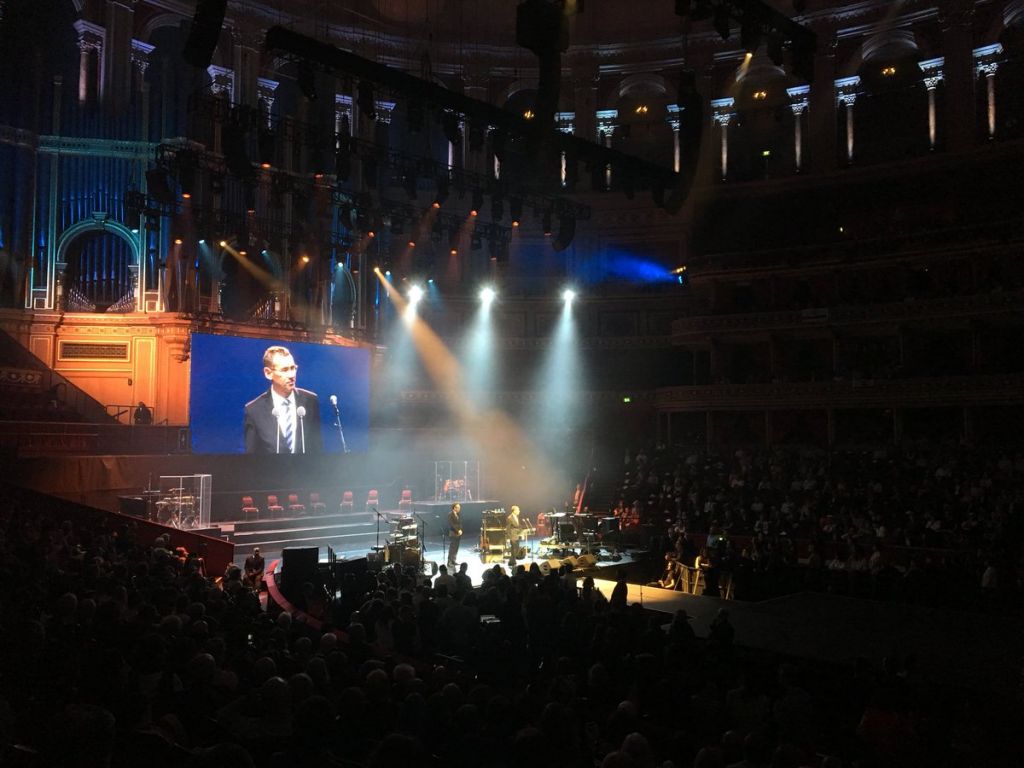 Theresa May, in a message for the event – which was supported by the Genesis Philanthropy Group and the Gerald Ronson Family Foundation – said the UK “is proud to stand side by side with Israel as an ally with mutual interests, and as a close friend with shared values”.

“We are looking forward to premiering our new project, together with other superb performers from Israel,” said Balkan Beat Box drummer Tamir Muscat in a statement.

Credit: Blake-Ezra PhotographyREAD MORE: Heir to the throne among 2,500 revellers at iconic London venue for the…