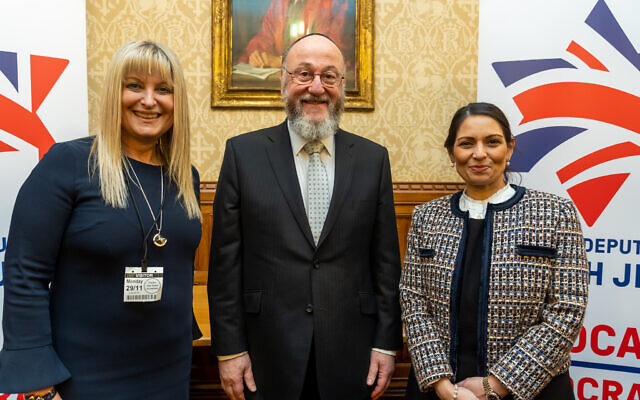 Home Secretary Priti Patel has spoken of her pride at the move to proscribe the Hamas organisation, telling guests at a Board of Deputies Chanukah reception in Westminster this was “a policy that I am responsible for.”

In a speech delivered to a room full of guests inside The Attlee Room in the House of Lords, Patel spoke proudly of the full ban on the Hamas organisation in the UK, passed by MPs across all party’s last week.

Reflecting on the government’s work to combat antisemitism, she said: “I don’t stop there. I have not stopped there at all. In the past 10 days you may have heard about this quite significant news about proscriptions – a policy I am responsible for.

“When it comes to proscribing terrorist organisations there is no differentiation anymore.

“The fact of the matter is that this was long overdue – and I have been proud to have been support by the Prime Minister to ensure the proscribing of Hamas has taken place, as it was in parliament last week.”

Watched on as she spoke, by Board President Marie van der Zyl, Commons Speaker Sir Lindsay Hoyle and other senior figures, Patel said the past decade had “sadly” been dominated by antisemitism emerging in “our discourse and politics.”

She said she was unaware of the existence of anti-Jewish racism growing up amongst the community in Radlett, Hertfordshire.

Labour leader Sir Keir Starmer also spoke at the Board’s event. He lavished praise on the communal organisation and on its President for their guidance and support in the fight against antisemitism in his party.

“The warm welcome you have given me is a step on that journey and means a huge amount to me. I want to thank the Board of Deputies for working with me, for being frank and giving the advice I have needed along the way. We have needed a critical friend to ensure that we are moving in the right direction.”

Board President Marie van der Zyl thanked all those from across the political spectrum for their support over the past year.

She said: “We are grateful for the cross-party support which has been shown on many issues of interest to the Jewish community in recent times. These include ensuring the Coronavirus Bill was amended to avoid the prospect of cremations for Jews and Muslims, as well as support for the Holocaust Memorial and Learning Centre, which will hopefully in due course sit just a couple of hundred yards from here.” 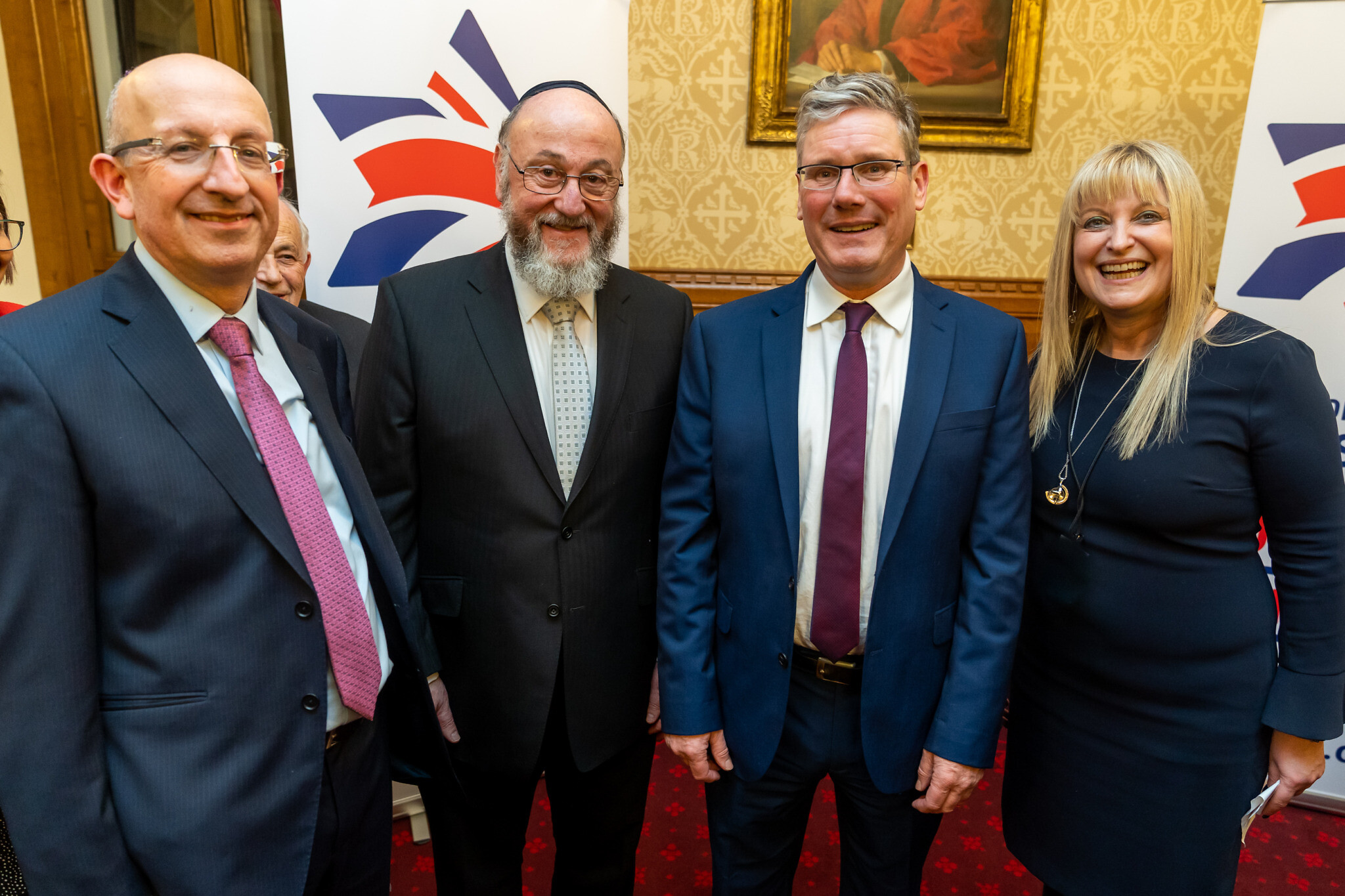 He said: “Chanukah is about community, it’s about Jewish life, it’s a celebration of family life. And when it come to all of these areas, the Board of Deputies leads and guides us and does so much incredible work on behalf of our community. Despite all our challenges it’s great to be Jewish in Britain today.”

Board Chief Executive Michael Wegier gave a vote of thanks to all speakers and guests.