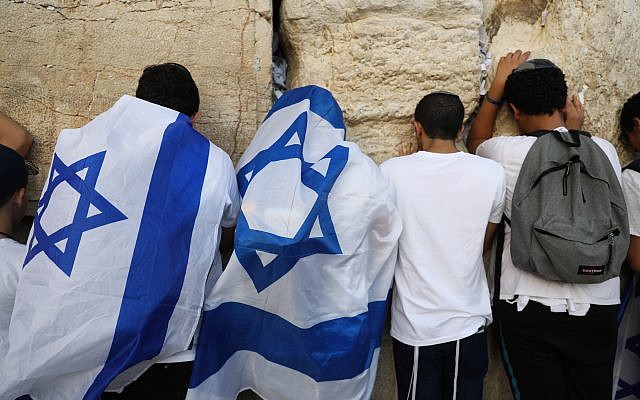 Progressive Jewish groups in Britain hailed an Israeli court ruling that found people who convert through non-Orthodox movements are also Jews and entitled to apply for citizenship.

The High Court said this week that the state must formally recognise conversions by more liberal-minded streams of Judaism, such as Reform or Conservative.

Previously only Orthodox converts within the country were eligible to apply for Israeli citizenship.

The landmark ruling does not alter Israel’s religious institutions: the country’s chief rabbinate and its functions, such as kashrut supervision, will still be run by Orthodox officials.

Yet it revived both the centuries-old discussion on the definition of a Jew and a more recent debate on what Israel’s position should be.

David Lau, Israel’s Ashkenazi chief rabbi, this week said anyone who followed “a Reform conversion or something similar is not Jewish”, while one European rabbi claimed the court’s decision would “dilute the character” of the world’s only Jewish state.

But Rabbi Gilav Kariv, who leads Israel’s Reform movement, said: “If the state of Israel claims to be the nation-state of the Jewish world, then the state of Israel must recognize all the denominations of Judaism and imbue them with equality and respect.”

Progressive groups have long campaigned for equal religious treatment in Israel, including a mixed gender space for worship in the Western Wall Plaza.

Monday’s court decision was based on two petitions submitted in 2005 by 12 converts whose citizenship applications had been refused by the authorities.

A ruling had been persistently delayed because successive Israeli governments requested time to pass a law recognising non-Orthodox conversions, but none have successfully produced one.

Israeli authorities previously only accepted non-Orthodox conversions under the Law of Return if they had been performed by Beth Din abroad, including in the UK.

Jonathan Romain, the Maidenhead Reform rabbi, said it “heals an injustice that we believe should never have been allowed in the first place”, while Liberal Judaism’s chief executive Rabbi Charley Baginsky said it felt like a personal victory.

“We know that every step of a movement that fights to democratise religious expression is central to ensuring that people in Israel can also have a Judaism which resonates and speaks to them, and is not the monopoly of one group of society,” Rabbi Baginsky said.

Rabbi Celia Surget, who chairs the Assembly of Reform Rabbis and Cantors UK, said her movement’s “culture and spirit ensures that all who want to live a meaningful and fulfilling Jewish life can do so according to their own choice.”

“It’s good that Israel is finally catching up,” she added.

Matt Plen, chief executive of Masorti Judaism, said it was time for the Israeli government to take “the next, natural step: eliminate discrimination in marriage, divorce and funding of religious services and roll out freedom of religion for all Israeli Jews.”

“[It] might bring millions of people from different countries to Israel as tourists, go through a pro-forma conversion and dilute the character of the only Jewish state in the world,” he said.

The ruling is politically divisive in Israel, where it was welcomed by liberal and left-wing factions and denounced by right-wing and strictly Orthodox movements.