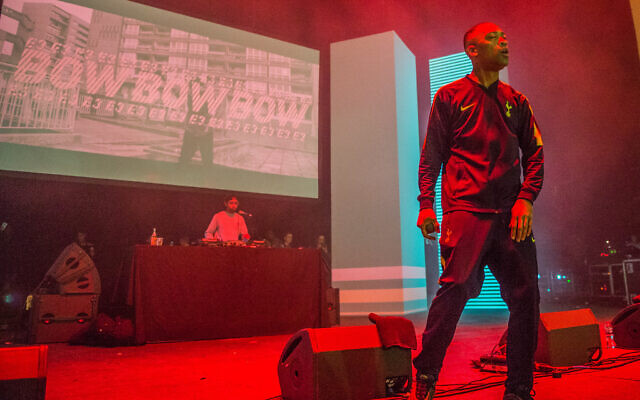 Grime artist Wiley was at it again this week, telling an online audience that Jewish music managers “chew up and spit out” black musicians because Jews “run the Earth” and “own everything”.

He made the remarks in an interview with football podcasters FilthyFellas, whose creators distanced themselves from some of his views, calling his antisemitic outburst on social media last month “a massive error”.

Asked about the origins of it, Wiley said it came from American rapper and comedian Nick Cannon, who was fired from ViacomCBS in July for making antisemitic comments in a podcast, endorsing conspiracies about Jews controlling finance.

Insisting that he was sober at the time, Wiley said: “Obviously I was doing my own thing, but Nick Cannon just flicked me into the pool, and I started swimming.”

Having earlier said he could have better worded his antisemitic objections, he said of Jewish control in business: “A lot of what I’m going on about is institutional, deep-rooted, systemic, it’s in-place anyway… I’ve never had a problem with anyone in business other than with some of the Jewish community that I’ve worked with. The Jewish community does stick together.”

He added: “People had a problem with what I said the other day, and I felt they’re going to shut down this and this and this, but before even that I was on the ‘net and I saw the chief rabbi compare black people to monkeys.

“No 12 police went to his house. They didn’t take down his Twitter, Instagram, Facebook and YouTube. When I saw that I learned something – you can’t make somebody care about your history more than they care about their own.”

He is believed to be speaking about comments made in 2018 by Israel’s Sephardi Chief Rabbi Yitzhak Yosef, which were roundly condemned by all Jewish representative bodies, including the UK’s Board of Deputies.

He added: “My thing was just to show my people, you know what, you know that unfair world? It really does exist. And once I say this, they’re going to try to shut me down, but in spirit, in life, ka-boom, I’m just going to get bigger.”

He added: “It is the business, it is the industry, but you’ll find no matter what I said, a community came out the other day and stuck together.”

Speaking about Jewish musicians, he said: “The music industry was waiting for Drake. They couldn’t wait for him to get there.”

In recent years Wiley had a Jewish manager, with whom he fell out over business dealings. After his outburst, Wiley was sacked, and the artist spoke to FilthyFellas about artists having Jewish managers.

Incorrectly suggesting Stormzy was now with a top music boss who is Jewish, he said: “Basically, you’re not allowed to do anything unless one of them is with you.

“It’s been like that for time. It’s systemic. It needs to change. We all need to come together instead of throwing ourselves to them. They chew you up and spit you back out again.”