Sadiq Khan has said he can “understand the ripples of fear felt by Jewish people across the globe” over the Texas synagogue hostage incident early this month.

Speaking to Jewish News as he took part in the Holocaust Memorial Day commemoration at the Imperial War Museum on Monday, Khan spoke of his revulsion at the actions of Malik Faisal Akram, a 44-year-old British citizen who armed with a pistol, took four people hostage, including a rabbi, in the Beth Israel synagogue in Colleyville, Texas, United States, during a Shabbat service.

“Antisemitism,” he added remains “the oldest hatred in the world.”

The mayor, who is a practicing Muslim, said of the actions of Akram, who had travelled from his home in Blackburn, Lancashire to carry out the crime: “The reality is this terrorist has used the name of Islam to justify an act of terror, a crime – and he does not speak for Muslims.” 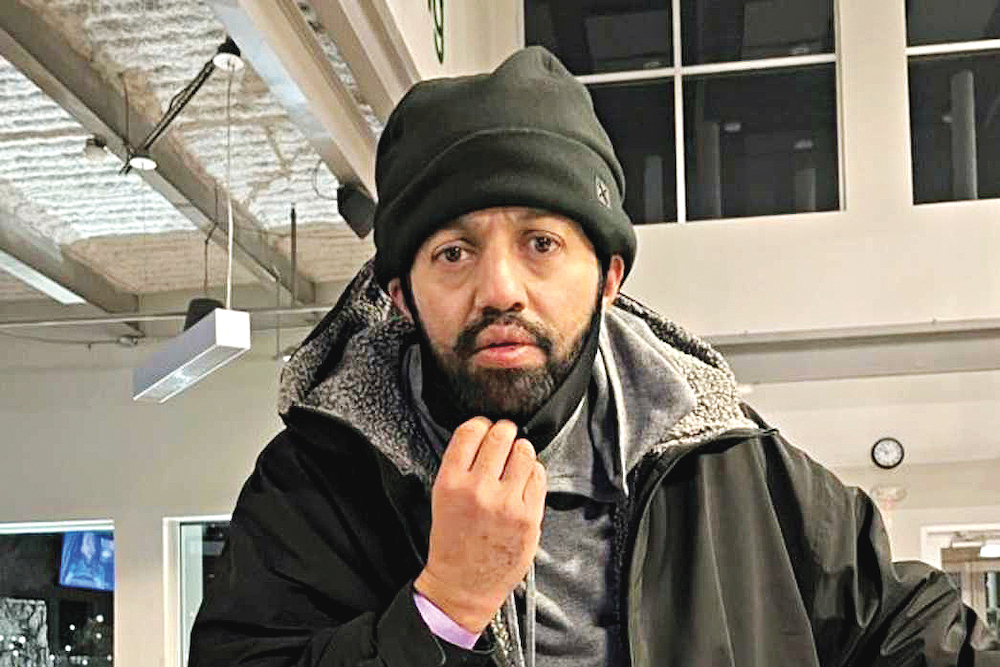 Asked about attempts by extremists in the Jewish community to use incidents such as the one of in Texas to launch wider criticisms of Muslims “We should be very careful about allowing acts such as Texas to divide us as communities.” 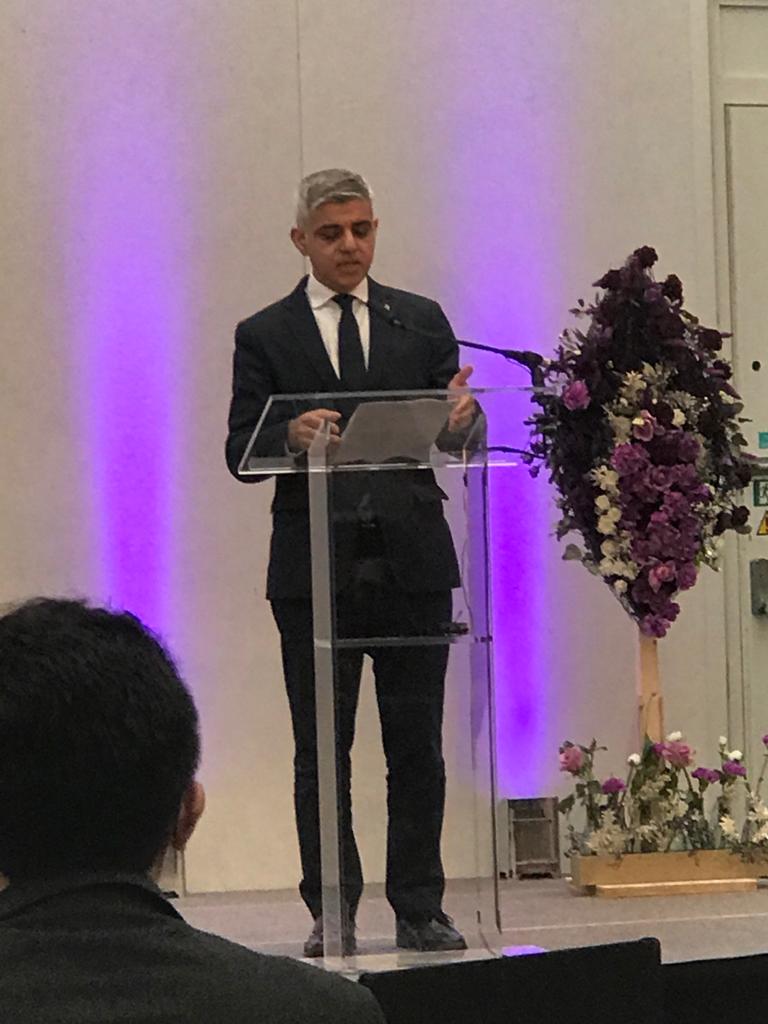 He added: “The reality is Jewish people and Muslim people have far, far, more in common that unites us, than which separates us.

“The reality is, when I am in a synagogue I have far more in common with those inside than I have with many non Jewish friends in other places outside a synagogue.

“It is very easy to play on people’s fears, to fear the ‘other’.”

Khan described the exhibition – which examines the relationship between the Holocaust and the course and consequences of the Second World War – as “emotional, distressing, upsetting and vitally important because it brings to life the horror of the Holocaust.”

He added:”What you have in these perspectives is so important – you have the Jewish story being told from a Jewish perspective.

“Photos and videos of Jewish people before the Holocaust reminds you of how normal these families were. 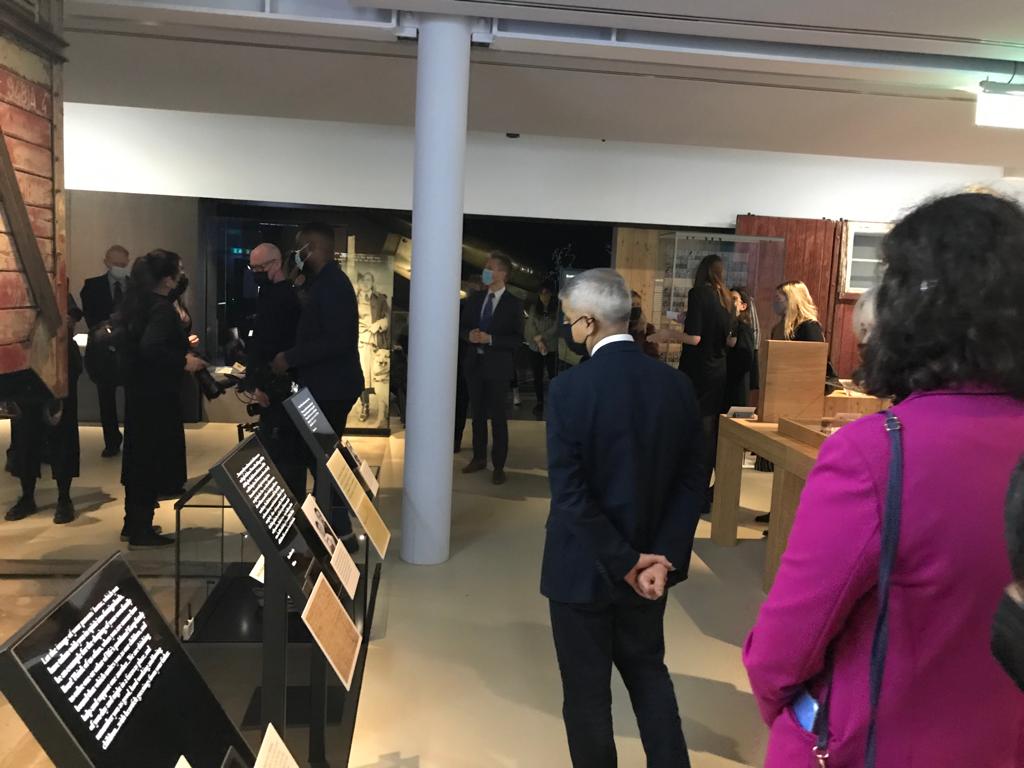 “Their lives were changed forever. Then you go to the Nazi section, and again you realise these were human beings.

“What it reminds you is you mustn’t excuse Holocaust by talking just about industrial scale murder.

“What you see here is how the Nazis rose. And why it is really important that you stamp out words that are diving communities at source.

“If you are not careful they can lead to all sorts of atrocities.”

Later Khan spoke at the Holocaust Memorial Day commemoration at the Museum – taking place ahead of Thursday’s official day of remembrance.

He repeated his message about understanding the fear the Texas synagogue incident sparked in Jewish communities across the globe.

Olivia Marks-Woldman, chief executive of the Holocaust Memorial Day Trust said: “Our theme this year is One Day. The experiences of survivors are unimaginable to us today, and by reflecting through the prism of just one day, we can learn so much about this history – a history to which there are still living witnesses.

“Holocaust Memorial Day helps people learn about the past, empathise with people facing persecution today, so together we can take steps towards a better future.”

Violinist Emmanuel Bach, of the Jewish Music Institute, opened and closed the service.

Ahead of the ceremony the London mayor also spoke with Holocaust survivors himself – John Hadju MBE, survivior of the Nazi invasion of Hungary, Steven Frank, a Dutch Jew who survived the Theresienstadt camp, and Jan Imick a Polish born Jew.

Khan was shown a teddy bear, and Yellow Star by the survivors – personal memories kept since the rise of the Nazi terror machine.

During the ceremony Karen Pollock delivered a moving speech around this year’s HMD theme of “One Day” .
Pollock read out some of experiences of Jewish children at the time the Nazi’s came to power.

The One Day for HMD theme called for people to come together to learn about the Holocaust and genocide that followed in Cambodia, Rwanda, Bosnia and Darfur in the hope One Day there may be a future without such atrocities.