Sadiq Khan has vowed to continue “calling out” those who “seek to divide our communities or incite hatred” following the visit to London earlier this month by far-right French presidential hopeful Eric Zemmour.

The Mayor of London also rejected claims made by critics that he was denying a platform to Zemmour after he had publicly stated that the talk show host turned politician was “not welcome” in the capital ahead of a two-day visit early this month.

Khan told Jewish News: “This is not about shutting down debate but calling out and exposing those who try to divide our communities against one another for political gain.

“We must never remain silent to the threat of the far-right.”

Asked by Jewish News about his decision to openly condemn Zemmour ahead of his visit to London, the Mayor said: “We must always call out those who seek to divide our communities or incite hatred.

“Here in London, we embrace and celebrate our diversity, and as a city we must stand up to the far-right and all those intent on causing division.” 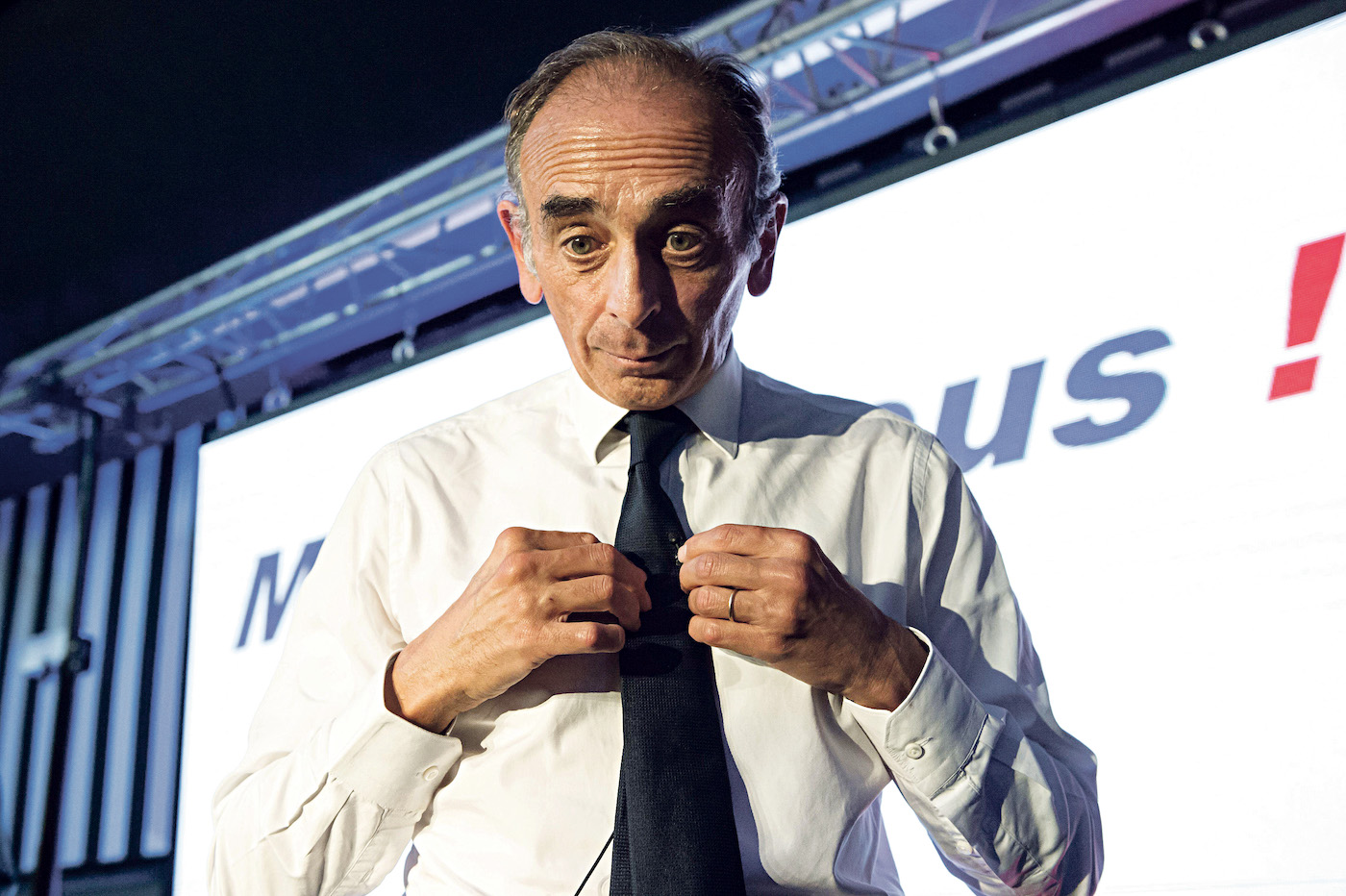 The mayor’s critics had attempted to seize on his comments, ahead of Zemmour’s November 19 arrival in London, as evidence of Khan’s wish to stifle debate and block political opponents from appearing in the capital.

The Spectator magazine was amongst those to suggest Khan was in fact being selective as to who he welcomed to London.

The mayor said previously:“I want to be clear: the strength of our city is its diversity.

“So, those who wish to divide our communities and incite hatred against people because of their skin colour or their religion are not welcome in our city.”

Talk show host Zemmour has twice been convicted of racial hatred to Muslims and has aimed to capture the support of Jewish right-wingers in France with his anti-Islam rhetoric.

As Chanukah begins, the Menorah shines bright in Trafalgar Square.

This is London: a city where we don't just tolerate our diversity, we embrace and celebrate it.

Dubbed the “French Trump” , his parents were Berber Jews from Algeria.

But in his book ‘The Suicide of France’, he warned of the death of France’s Judeo-Christian identity under assault from feminism, liberalism, and immigration. He has also praised Philippe Pétain’s pro-Nazi wartime Vichy government for protecting French Jews at the expense of foreigners.

Zemmour, 63, had been due to speak at the Royal Institution in London, addressing some of the city’s tens of thousands of French ex-pats, but it and other potential venues cancelled the event.

On his arrival in London he openly taunted Khan tweeting “J’arrive!”.

But Zemmour’s prospects of success as a French presidential candidate have been dented over more recent days.

There were allegations made by a glossy magazine last week that his 28 year-old campaign director is pregnant with his child.

Zemmour, who is married, has stressed his belief in family values. The claims were one of a series of interruptions to his campaign.

On a more positive note, the mayor told Jewish News he was “delighted to send a special Chanukah message to all Jewish Londoners and be part of this really important celebration.”

He added the festival”is a timeless story that has given hope for more than 2,000 years to Jewish people and to many others.

“The message of Chanukah is that, despite the odds, when we work together we can ensure light triumphs over darkness.”

Stressing his commitment to a diverse capital city, Khan said:”It is vital that everyone has the freedom to practise their religion and beliefs and the Menorah here in Trafalgar Square is a great example of that. 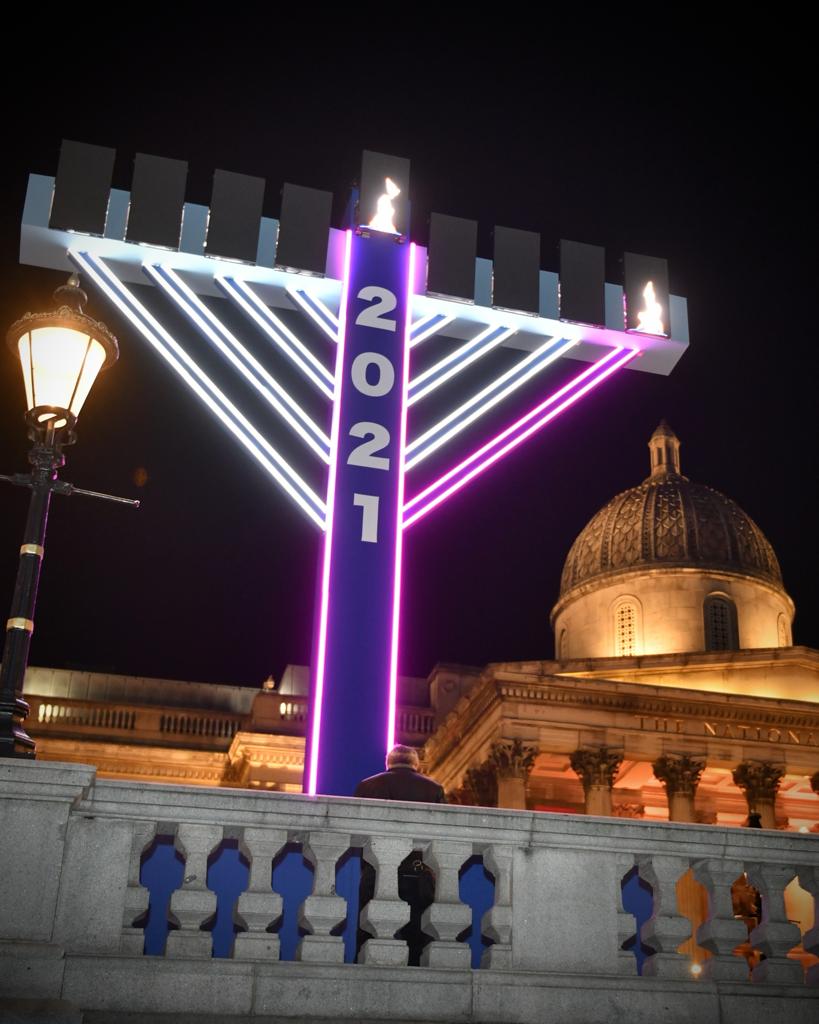 The mayor also stressed how much importance he was attaching to efforts to counter further extremist and terrorist activity in London over the next year.

“Keeping Londoners safe is my top priority, and that means ensuring the capital is as protected as possible from the constantly evolving threat of terrorism,” he said.

“That’s why I asked LordTobyHarris to complete a new independent review into what can be done to improve our city’s preparedness for a major terrorist attack.

“Earlier this year I announced additional investment to counter violent extremism in the capital and to support grassroot community groups across London to stand up to hate, extremism and radicalisation.

“This new investment will empower communities to deliver projects that not only work to prevent violent extremism and to stop vulnerable Londoners from becoming radicalised, but to tackle racism and hate crime. Since last year, the projects we’ve supported have already directly benefited 25,000 people and reached more than 600,000 altogether. This additional investment will ensure we can reach many thousands more.

“As Mayor, l will continue to do everything I can, working closely with the police and communities across the capital, to battle the scourge of extremism, and I want to take this opportunity to say once again that antisemitism has absolutely no place in our city, or in our society.”