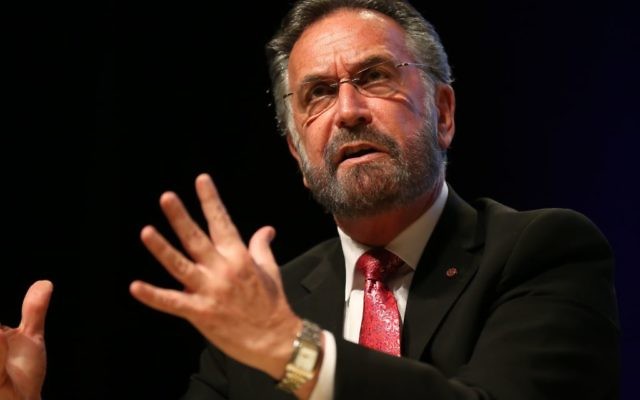 A globally respected rabbi has hailed the opening of an interfaith conference in Saudi Arabia as “a breakthrough”.

The Forum on Common Values among Religious Followers, which began today, Wednesday, in Riyadh will hear from Muslim councils, Roman Catholic, evangelical and orthodox Christians, Hindus and Buddhists.

It is the first such interfaith conference held in the Land of the Two Holy Mosques, in Mecca and Medina.

And it is a massive step forward in a country whose identity is built around strict religious observance.

A 12-strong Jewish delegation, 10 of whom are Orthodox rabbis, has been fed by a masgiach who has kashered a whole kosher kitchen with the full co-operation of the Muslim World League.

“We are talking about the best of religion and exploring the worst full stop it is a very hopeful.

“This is a a very significant milestone. It is being hosted by a member of the Muslim League and and a secretary general, who is very close to Saudi crown prince Mohammed bin Salman.

“It is a breakthrough to be here for the first time. Saudi Arabia is the bedrock of Islam and has always sought to portray itself in the purity of that faith – so for them to advance pluralistic approach is amazing and shows her far they have come. This is truly a momentous event. 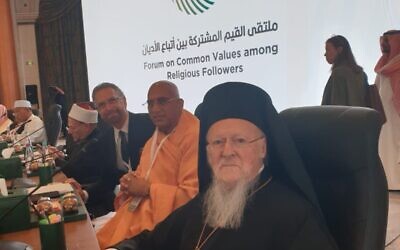 “Hopefully this is just the beginning of further engagement and involvement. Even for them to have me here is significant. Saudi Arabia wants to be seen as as friendly here. That is an important step.

“The Jewish delegation of a dozen people is probably as big as the Christian one.
Frustratingly the Jewish world does not have enough resources to meet the demands of the interfaith arena.

“I am hopeful. If things were to change in respect of the Palestinian question, then I think the other dominos towards progress in the Middle East might come into play.”