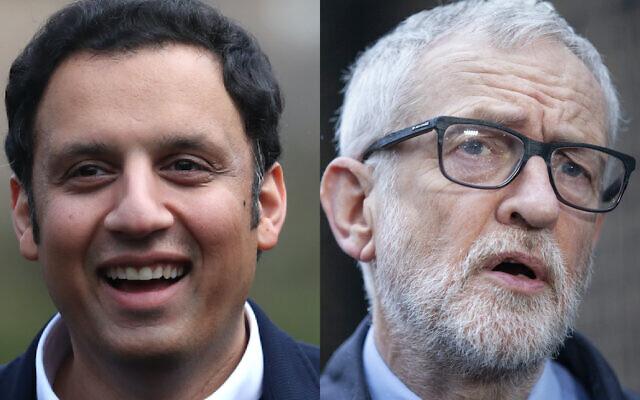 Former Labour leader Jeremy Corbyn has been urged to apologise to the Jewish community for the “pain and anguish” caused during his leadership.

Scottish Labour leader Anas Sarwar made the plea as he dismissed a call from one of his MSPs for the veteran left-winger to have the whip restored.

Mercedes Villalba, who represents the North East of Scotland at Holyrood, tweeted that Mr Corbyn “is a Labour Party member and should have the whip restored to him immediately”.

The former leader was suspended from Labour in the wake of his response to a report from a human rights watchdog that found the party broke equality laws in relation to its handling of antisemitism complaints.

A damning report by the Equality and Human Rights Commission found the party was responsible for unlawful acts of harassment and discrimination.

While Mr Corbyn’s suspension was later lifted, his successor, Sir Keir Starmer, ordered that the party whip be withheld from him, effectively suspending him as a Labour MP.

Asked about Ms Villalba’s call for the whip to be restored, Mr Sarwar was adamant that Labour should be focused on the future, as he made clear: “I am not interested in past leaders.”

Speaking about the situation with Mr Corbyn, he said: “The reality is that that is an internal disciplinary process and we have got to reflect on the impact that the antisemitism row – it was more than a row – had on communities across the country.

“I have been spending a lot of time speaking to the Jewish community here in Scotland and I have heard directly about the pain and the anguish that that whole episode caused and I am working to rebuild our relationship with all our communities across Scotland, including the Jewish community.”

The Scottish Labour leader continued: “As someone who has campaigned on Islamophobia and antisemitism and other forms of prejudice and hate, I know we can’t afford to be complacent.

“I would much prefer that those responsible for the pain apologised directly, reflected on their position.

Asked directly if Mr Corbyn should apologise to Jewish communities, Mr Sarwar said: “Yes. I think that is the least anyone who has caused pain or hurt should do in that situation.

“I would love to pretend there wasn’t pain or anguish or hurt, I have spoken to communities, I have spoken to people who have traditionally been Labour Party supporters who have felt the pain and anguish of that entire episode and we have got to do the work necessary to rebuild our trust and our relationship with every community across the country.”