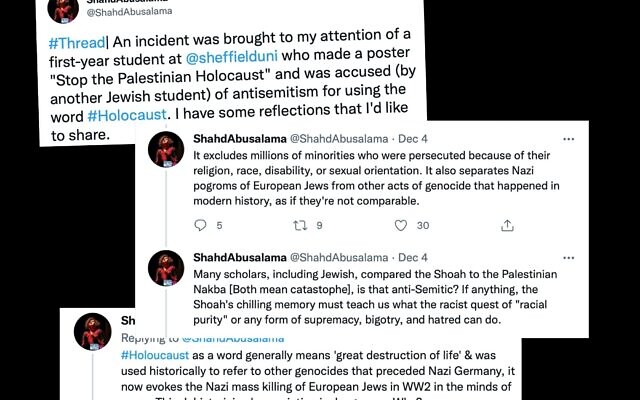 Shahd Abusalama's Twitter posts about the Holocaust and Israel

Cinema academic and author Shahd Abusalama shared a series of tweets defending a first year student, who “made a poster “Stop the Palestinian Holocaust” and was accused (by another Jewish student) of antisemitism”.

The Palestinian student, who is a faculty member of the university’s Media Arts and Communication department, cited Jewish scholars who “compared the Shoah to the Palestinian Nakba”, asking her followers if that was “antisemitic”.

“I understand why a first-year university student used #Holocaust when thinking of Israel’s repeated bombardment of Gaza”, she wrote. “Maybe she thought she’d garner European sympathy for Palestine by evoking “Never Again” slogan.” 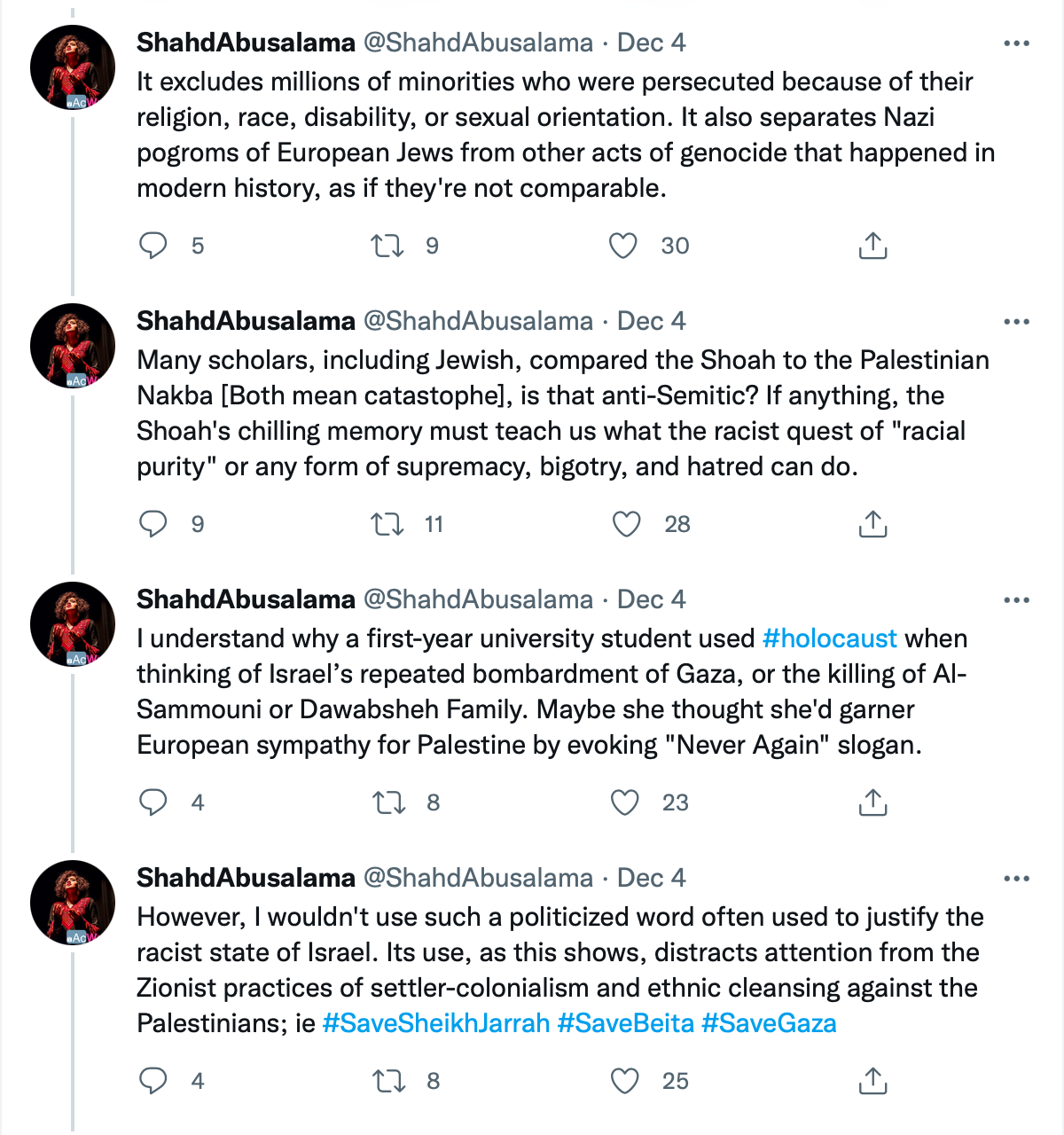 Some of the tweets in the thread, defending the use of the term ‘stop the Palestinian Holocaust’

Saying she wouldn’t “use such a politicized word often used to justify the racist state of Israel”, use of the word Holocaust “distracts attention from the Zionist practices of settler-colonialism and ethnic cleansing against the Palestinians.”

“The University’s student conduct team is looking into these social media posts.”

Within the working definition, it is deemed to be antisemitic if someone draws “comparisons of contemporary Israeli policy to that of the Nazis” or accuses “the Jews as a people, or Israel as a state, of inventing or exaggerating the Holocaust”. 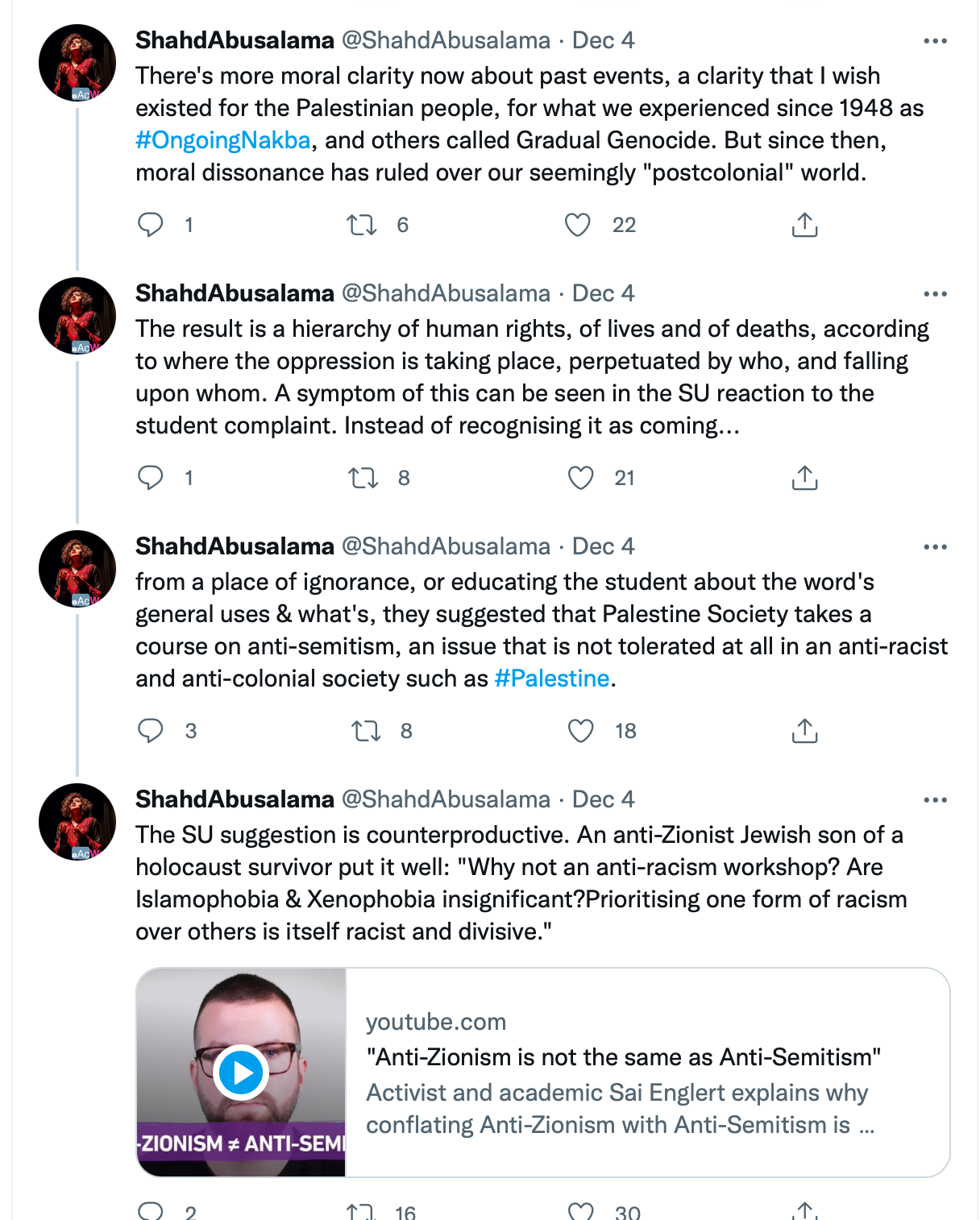 The Union of Jewish Students said: “Statements like this are insensitive and ignorant and only do more damage than good when engaging in discussions over the conflict.

“It is important to understand the implications of using the word ‘Holocaust’ in this context, and we thank the University for investigating these social media posts and already having taken the first step in supporting Jewish students” by adopting IHRA.