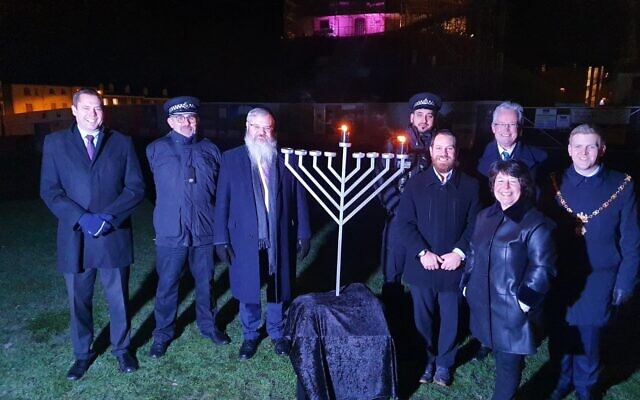 The site of the bloodiest massacre of Jews on British soil was the location for a “first of its kind” menorah lighting last week.

Almost one thousand years ago some 150 Jews were killed at the site after tying to escape a baying mob. Once trapped in the tower, many committed suicide rather than be murdered or forcibly baptised.

Superintendent Mark Khan, York Commander, said: “This celebration was the first of its kind for us in North Yorkshire Police, and we look forward to making it an annual event.

“We wanted to mark Chanukah as part of our commitment to being a more inclusive organisation and having a deeper understanding of all the communities we serve. We were delighted to stand together in solidarity with the local Jewish Communities. 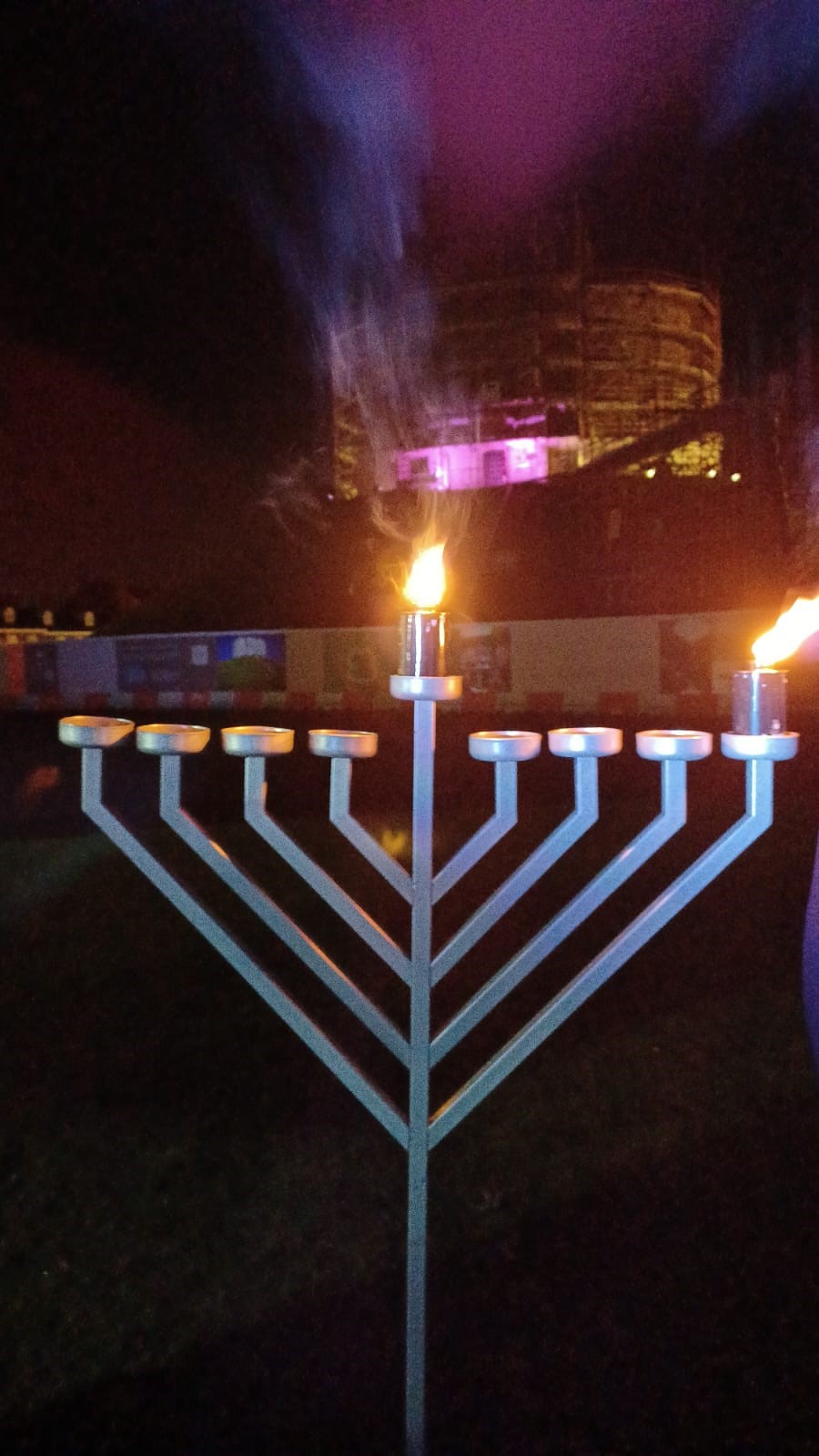 Chanukiah lit up with Clifford’s tower in the background

“The location was very poignant, because although it’s easy to say the atrocities that happened there are in the past, we know that Hate Crime is very real in today’s society, and people are still being targeted for their race, religion or beliefs.

“This will not be tolerated, and I want to send a clear message that we are here for everyone and no matter who you are or what your belief is, we will work hard to make sure you are safe in the city”.

Special Inspector Moshe Rothstein from Greater Manchester Police, who was key in organising the event, said: “This has been an absolute honour and privilege working together with North Yorkshire Police in getting this significant Chanukah event off the ground, especially at such a historical location in British Jewry.

Powerful talk by Supt Khan of @NYorksPolice at our first #Hanukkah event at Cliffords Tower – a place where many Jews were massacred.

Thanks @349Rahouf for working together in pulling this poignant event off. #Hanukkah2021 pic.twitter.com/2VNhF498gN

“I’m in no doubt, Jewish communities nationally will have felt true commitment and support from NYP in marking such a historical event.

“When the candles were kindled, I couldn’t help but think deeply of all those Jewish victims who seemed to have lost hope and now, all those years later we have lit up the city of York with these beautiful Chanukah kindled, spreading goodness & kindness for a brighter tomorrow.”

The present tower was built 60 years after the massacre, but it’s thought the earth mound may still contain evidence from 1190. Daffodils – whose six-pointed shape resemble the Star of David – are planted around the anniversary of the massacre. 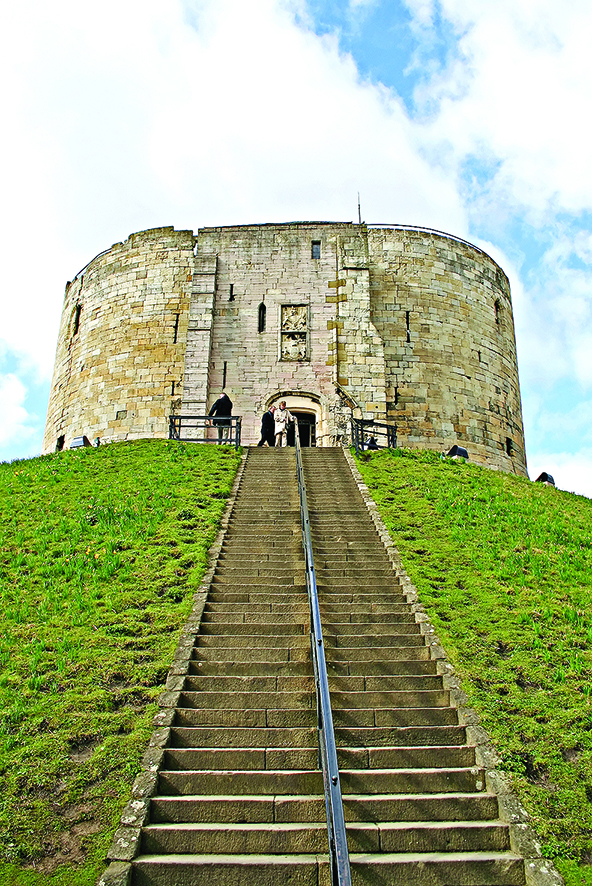