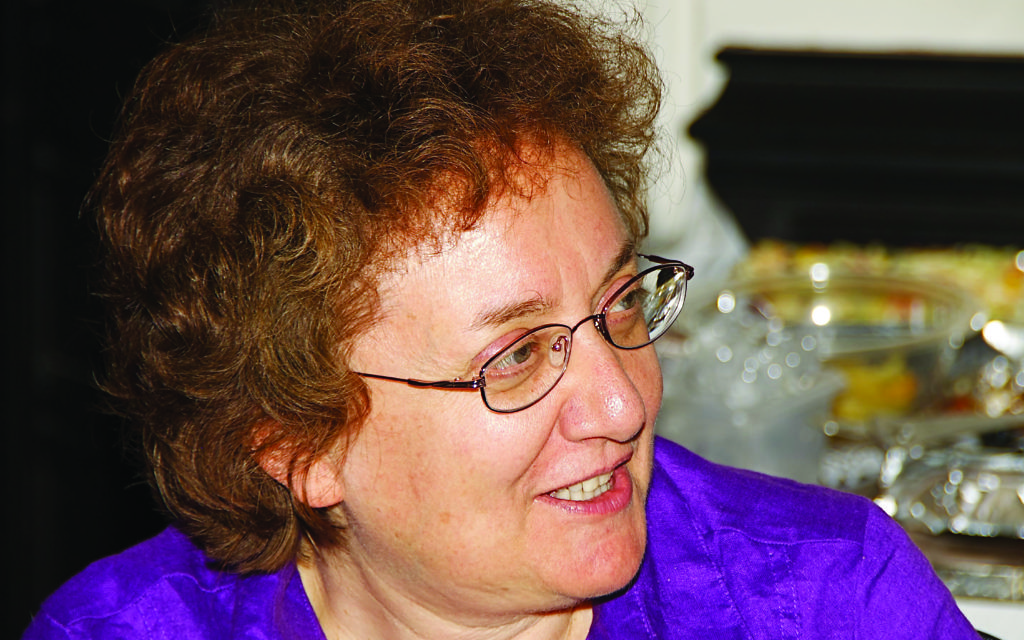 As medical professionals and family sat together last month at West London Coroner’s Court, a narrative verdict was recorded on the death of Rosemary Hilton.

Senior coroner Chinyere Inyama’s conclusion that Rosemary “took her own life in part because the risk of her doing so was not adequately assessed; there were windows of opportunity which were missed”, is at the heart of a mission by her devoted brother, Rabbi Michael Hilton, to find justice for her and ensure mental health is given due attention in the Jewish and wider communities.

The brother and sister grew up together in Kenton in the 1950s; Rabbi Hilton describes their formative years as happy and their family as close-knit.

In their adult lives, while Michael went into rabbinical training, which led him to his current post at Hatch End’s Kol Chai community, Rosemary worked at the BBC as secretary to the news editor before emigrating to Canada with her husband.

In 2012, when the BBC announced plans to look into the Jimmy Savile affair alongside a wider enquiry led by Dame Janet Smith, Rosemary – who was now living in Eastcote having separated from her husband – felt she had a story  to tell.

“I was worried what memories this would uncover, but I helped her to formulate her case [for Dame Janet Smith’s inquiry into the Jimmy Savile sex abuse scandal],” Rabbi Hilton recalls.

“However she soon became obsessed with it and convinced herself she was a key witness. One night she called to say everyone she worked with there in the 1970s was spying on her through her computer screen. I realised she needed some help and thankfully she went to see her GP who, via a private referral, sent her to the Priory in Roehampton, where she spent a number of weeks on anti-psychotic drugs before making a good recovery.”

Some months later, however, Rosemary became depressed and was admitted to a private mental health facility in Harrow, where she tried twice to take her own life.

With private medical insurance having run out, Rosemary was transferred to the NHS and admitted to Hillingdon Hospital, where she remained for a further three weeks. On discharge, and diagnosed with delusional disorder and bipolar disorder with psychotic symptoms, she was put under the care of the Hillingdon Recovery Team, managed by Central and North West London NHS Foundation Trust.

Rabbi Hilton says in a catalogue of missed opportunities and inadequacies that followed, Rosemary had little continuity of care, was not seen by any professional for some two months following her hospital stay, and doctors failed to react to her growing level of anxiety and agitation nor ask her if she had attempted to take her life.

Yet in the two months leading to her death, it later emerged she made several such attempts. In January 2014, Rabbi Hilton says he called the Trust’s Crisis Line after Rosemary at last owned up to the suicide attempts, but he was met with an answering machine. When someone did phone back, Rosemary took the call and in the short conversation that followed the call handler did not look at any medical notes, but rather carried out a risk assessment based on what Rosemary told her. She did not deem her to be in immediate danger.

A further risk assessment two days later came to the same conclusion, but the next day Rosemary jumped from her third-floor window and died. “Naturally, I feel enormous anger and frustration at the system,” Rabbi Hilton admits. “This was a cumulative failure, but the huge lack of continuity of care was doubtless a major contributing factor to the way events unfolded, because at each stage of her NHS treatment she was handed over to a different consultant and team.

“CNWL Trust is so vast and has many top managers, but at the grass-roots, they don’t always have their eye on the ball.” Following the inquest, the CNWL Trust accepted opportunities were missed and the risk of Rosemary taking her life was not adequately assessed and has apologised publicly to Rabbi Hilton.

“It was humbling to meet you yesterday and to discuss the missed opportunities by the trust in our care of your beloved sister Rosemary,” said the Trust’s chief executive Claire Murdoch.

“You asked that I make a public apology and this I do now. On behalf of the Trust, I apologise to you and Rosemary’s wider family and friends, unreservedly. Together with our commissioners, we are determined to make the improvements that people experiencing mental health problems deserve and have a right to expect. I am so sorry for your loss.”

In the aftermath of the inquest, Rabbi Hilton wants to use his personal and professional experience to ensure lessons are learnt. “As a rabbi, I know Rosemary’s story is sadly not unique,” he says.

“The Jewish community is just as susceptible to mental health problems as the wider public and, due to an overstretched public health system, families and indeed rabbis are being called upon to play vital caring roles.”

This belief is echoed by Laurie Rackind, chief executive at Jami, which provides mental health services to the Jewish community.“Jami provides social care, not clinical treatment. Increasingly, statutory providers are referring people to Jami. This is in part due to the quality of our services, but it unfortunately also reflects the lack of provision elsewhere,” he admits “Statutory services are becoming more focused on reacting to crises. This may at first seem sensible given their financial constraints, but there is clear evidence of the financial benefit of early intervention and prevention. Would society accept the withdrawal of funding for early intervention in cancer?”.

While Jami focuses on an awareness campaign, Think Again, encouraging people to be in touch with their own mental health, improve understanding and challenge stigma, Rabbi Hilton says there needs to be a wider shift in priorities. “I have no reason to believe Rosemary received anything other than the standard level of treatment,” he concludes.

“Our community mental health services are just not acceptable. Changes have to be made to out-of-hours crisis cover, to attitudes in mental health teams, to the quality of their listening, and to the way they work with families, rabbis and communities.”