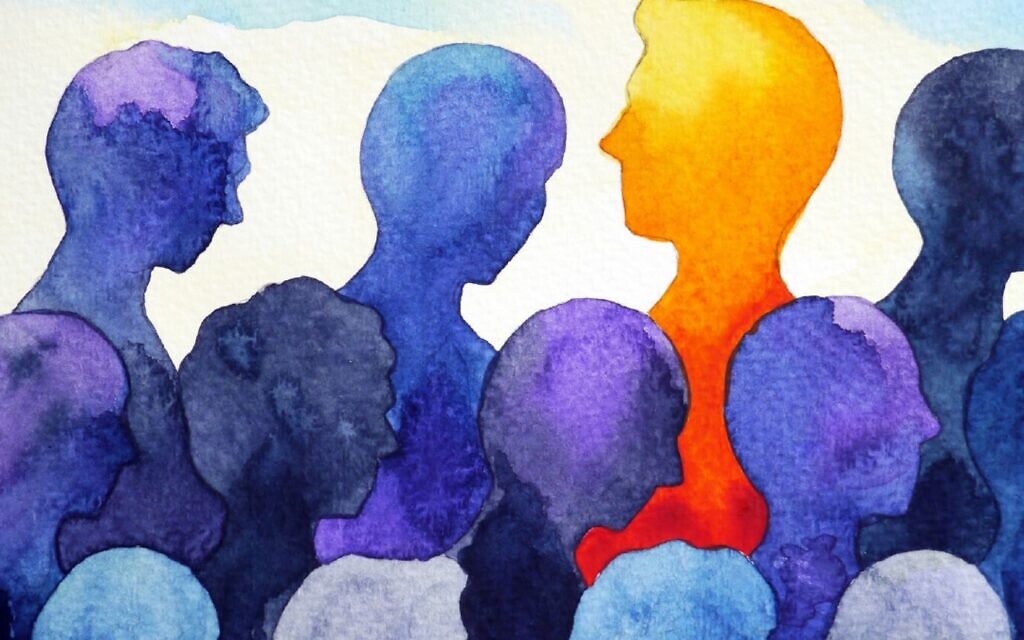 In an unremarkable Stamford Hill building, strictly Orthodox Jews from Britain’s largest Charedi community access therapy from one of three well-used rooms, entering and leaving through a separate entrance and exit.

It is a path now trod by about 150 Charedim every year. The help they access is provided by Bikur Cholim, the Charedi community’s leading mental health charity, whose chief executive Yocheved Eiger spoke to Jewish News this week.

The organisation has come a long way in 15 years, when its services were mainly geared towards helping elderly and physically disabled Orthodox Jews, and when there was no Charedi mental health provider.

“At that time people found it less stigmatising to approach a general mental health service than a specific one,” says Eiger. “We thought we were well-placed to provide that service, even though at the time we didn’t know what ‘that service’ meant.”

The charity started off by providing “emotional support – befriending, going to appointments, advocacy, phoning to remind them to take medication, that kind of thing,” she says. “Then the council asked if we could provide therapy.”

In 2008 the Government introduced its Improving Access to Psychological Therapies (IAPT) programme, an aim of which was to use talking therapies to help working-age people with mental health difficulties back into the workplace.

“IAPT was supposed to be for everyone but it wasn’t reaching the Charedi community,” says Eiger. “They weren’t excluded, they just didn’t see it as a culturally-appropriate service, so didn’t access it. We recognised the gap.”

Bikur Cholim discussed it with the local Clinical Commissioning Group (CCG) in Stamford Hill, which “could see that minorities weren’t really accessing the service,” and about five years ago Bikur Cholim began working together with a local Kurdish organisation to become registered IAPT providers.

“Our CCG was fantastic, very encouraging. They supported us in every way possible, because they saw it as a benefit to have a culturally-appropriate provider.”

A huge overhaul around the charity’s clinical governance systems was needed, so it took an entire year just to prepare. “We also had to get a clinical lead,” remembers Eiger. “Getting registered as a service provider with the British Association for Counselling and Psychotherapy (BACP) was a massive achievement.”

As a registered IAPT provider Bikur Cholim’s patient outcomes and service access information are now fed into NHS England and onto the national register. “They don’t care about personal identifying details, they just see that 20 people accessed talking therapies in Hackney this month, and our numbers are included.”

Whilst the charity is proud that all its therapists and front-line clinicians are Yiddish-speaking Orthodox Jews from within the community, the clinical lead was in fact recruited from outside the community.

“We did it sensitively,” says Eiger. “Service users don’t realise because they never meet her. Besides, she’s so culturally-sensitive, and knows the community so well by now, that it’s just not an issue.”

Alongside therapy, the charity also runs several “psycho-educational courses” covering such things as anxiety, depression or post-natal depression, and several staff members have been nationally recognised – one even chaired the British Psychological Society. It only adds to an overall sense of professionalism.

“The biggest difference in becoming an IAPT service is that it becomes outcome focused,” she says. “Clinical measures are used in every session, so you use tools to measure change and recovery.”

The charity has grown a lot in recent years, with 181 employees at the last count, and while it still does not have specific services for children (preferring to help the parents), Eiger is rightly proud of its success. While services across the UK aim for a 50 percent recovery rate, Bikur Cholim averages 75 percent.

“We believe that’s because we’re a smaller service providing culturally-appropriate support that complements the therapy,” she says. “It’s much more than just a therapy service. If someone has other challenges we support them through it. It’s also very carefully targeted. People don’t just come here for the sake of it. By the time they sign up [for therapy] they’re committed to the process.”

That is a sentiment shared by the charity’s chairman Jacob Grosskopf. “They say it takes a village to raise a child. Our town does more than that. It is a partnership of the whole community, our staff, volunteers and donors.”

While she says there are “specific challenges” that come with providing a mental health service to a large Charedi community, Eiger thinks this “also brings opportunities, such as where you can help someone to help a much wider network”.

There are still several areas that could be addressed, including a shortage of Yiddish-speaking children’s therapists. Those trained in this area tend to work in the private sector, which can put such services out of reach for many Orthodox families.

Yet Eiger says the biggest difficulty is overcoming stigma. “We’re still doing a lot of work to de-stigmatise,” she says. “Some people still don’t know about us. Others can still be nervous about accessing our services. They may worry about who they’ll see, whether it will affect their prospects for marriage, that kind of thing.”

“The other thing we do is normalise it, by reminding them how common it is. People with physical health problems don’t feel bad about seeking help so why should it be any different for a mental health problem? It’s been hard to get those messages across. That’s why we call our service an emotional health service.”

Does she think things are getting better? “There’s a greater awareness. The stigma is decreasing [in the strictly Orthodox community] because we’re seeing younger people coming forward, understanding the need for earlier intervention and prevention, but there is still a lot of work to be done, and it’s very important to do it.”