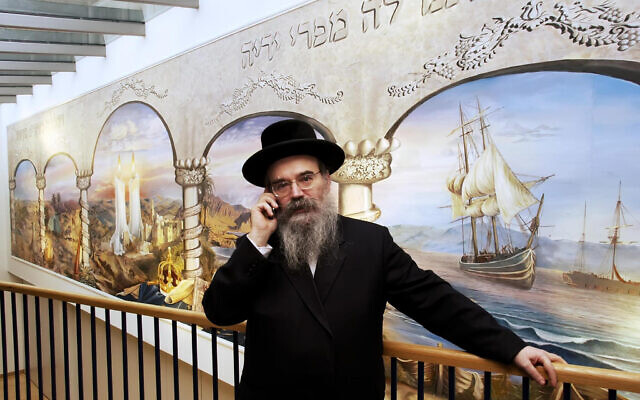 A new public-facing organisation representing Britain’s strictly-Orthodox Jews has been formed in memory of Rabbi Avroham Pinter from Stamford Hill who died from Covid in 2020.

The Pinter Trust, launched on Monday, is fully hosted by Interlink Foundation, and will speak on behalf of the big strictly-Orthodox communities in London, Manchester, and Gateshead, plus the small but growing community in Canvey Island in Essex.

A long-time Labour councillor and principal of Yesodey Hatorah Senior Girls’ School, Pinter acted as “a bridge” to the outside world in his role as the Charedi community’s unofficial spokesperson and senior rabbis say his death severed a vital link.

Dayan Osher Steiner of Manchester Beth Din called Pinter “the voice and representative” of Charedi communities. “The void left by Rabbi Pinter’s untimely passing must be filled. Our way of life, beliefs, and values, are increasingly under attack and negatively portrayed in the media.”

The Pinter Trust’s chairman Rabbi Avroham Sugarman said it would “seek to tell the story of the Charedi community in the words of the community itself” and “give people a greater understanding of who we are and our way of life”. 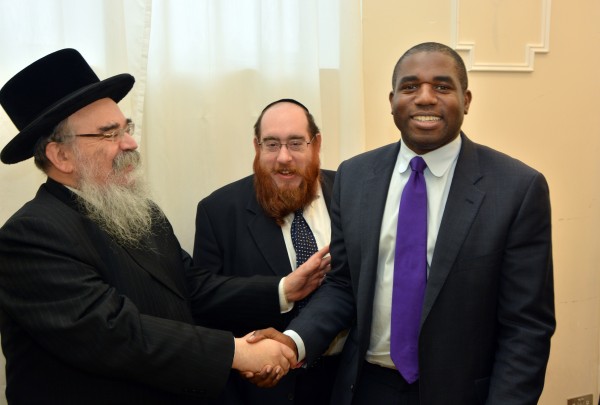 In September 2019, Interlink established a Public Affairs Committee to “develop and deliver a strategic communications strategy for the Orthodox Jewish community”. Late last year, this was rebranded as the Pinter Trust, after Pinter’s death in 2020.

The steering committee is comprised of “leaders of communal organisations”, but the identities of its members has not been made public, a point picked up on by Yehudis Fletcher, founder of Nahamu, which campaigns against extremism in UK Jewry. “We hope to see the leadership and accountability that go along with representation,” she said.

“There are many challenges that members of the Charedi community face, in particular unregistered schools and low academic achievements, with the corresponding high levels of poverty and welfare dependency. We look forward to this organisation playing a positive and creative role in identifying solutions.”

The Trust said it would “build meaningful partnerships” with the media, local authorities, and national governments. One of its main communal supporters described its role as “promoting the story of the Charedi community in the UK” and “acting as a point of contact with a reliable voice”.

Joel Friedman, a founder of the Canvey Island community who was mentored by Pinter, is the Trust’s director of public affairs and says the strictly Orthodox community needs to be more “proactive”.

The Trust has published letters of support from the main rabbinical leadership bodies, including the Union of Orthodox Hebrew Congregations, the Federation, Gateshead Kehilla, Machzikei Hadass Communities, and Manchester Beth Din.

It also published letters of support from Jewish Community Council Gateshead, emergency ambulance charity Hatzola North London, and mental health charity Bikur Cholim D’Satmar London, whose chief executive Yocheved Eiger said Pinter’s death was “a loss from which we as a community have not yet recovered”.

Other communal groups to commit their support include Agudas Israel Housing Association and Interlink, both led by Chaya Spitz, along with Chinuch UK, an Interlink educational advocacy project that spun off in April 2021.