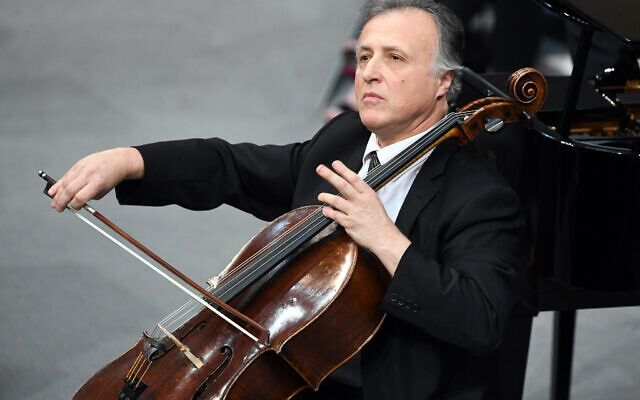 Cellist Raphael Wallfisch performs during during a moment of remembrance for the victims of National Socialism at the German Bundestag in Berlin, Germany, 31 January 2018. Photo: Maurizio Gambarini/dpa

The cellist son of an Auschwitz survivor performed a free concert in London this week, to raise money for the campaign group aiming to stop a Holocaust memorial being erected in a park beside Parliament.

Rafael Wallfisch, son of 95-year-old Anita Lasker-Wallfisch, performed just days after the Government said it had already spent almost £13 million on the proposal, despite no work having been done and planning permission still pending.

Observers asked where the money had gone after Lord Greenhalgh said the would-be National Holocaust Memorial and Learning Centre had cost the taxpayer £12.9 million from 2015/16 to 31 January 2021.

He also said annual running costs would be £6 million, again met by the taxpayer. Last month, ministers said they would provide “free entry in perpetuity” for visitors. 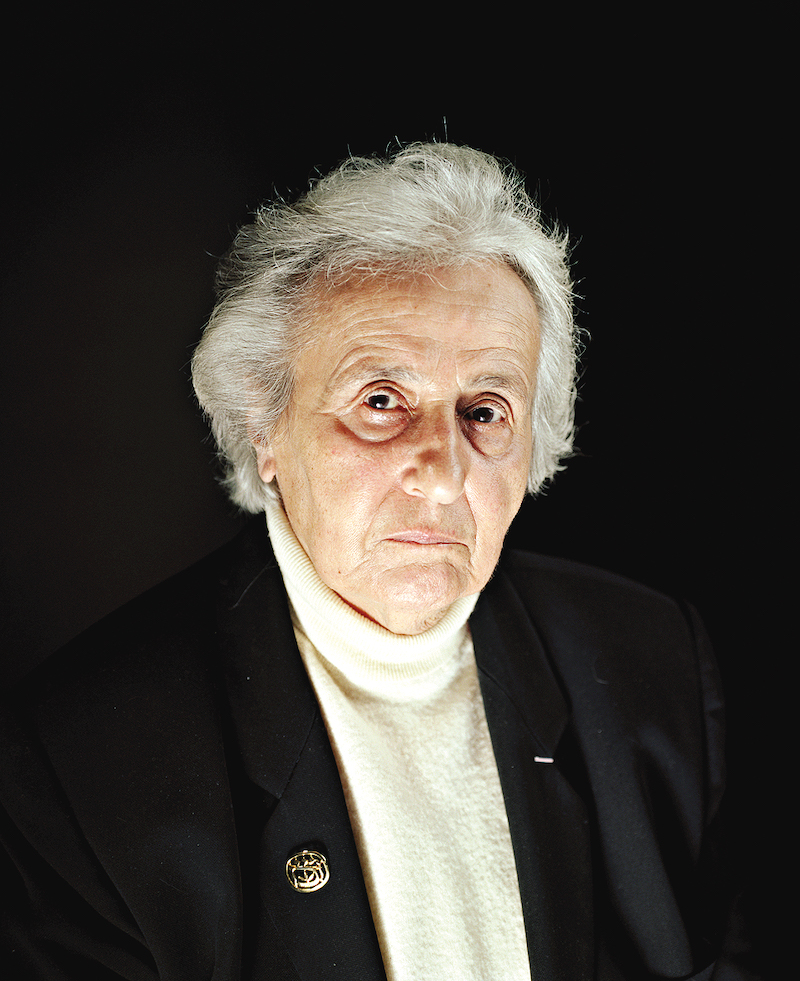 A Government spokesman in the upper chamber, Greenhalgh is Minister of State for Building Safety and Communities and revealed the “surprising” figure in response to a question from Jewish peer Baroness Ruth Deech, a crossbencher.

She has said £100 million of mainly public money to build the giant ‘fin-shaped’ memorial in Victoria Tower Gardens would be better spent elsewhere, as has Jewish commentator Melanie Philipps, who called it “a giant toast rack”.

In December, Lasker-Wallfisch said it would cost “an unbelievable amount of stupid money spent on what, exactly?” She said it would “overshadow a memorial on banning slavery” and “has not been thought through… it’s counter-productive. If you want to promote antisemitism, this would be the thing to do”.

This week Rafael said: “It has become a political campaign, no longer about the sacred memory of the Holocaust. It is planned to show ‘British values’, not history as it really is.”

The learning centre “should encompass the entire Jewish history,” he said. “This is not possible in the space. The right place is the Imperial War Museum (IWM)”, which is less than one mile away. 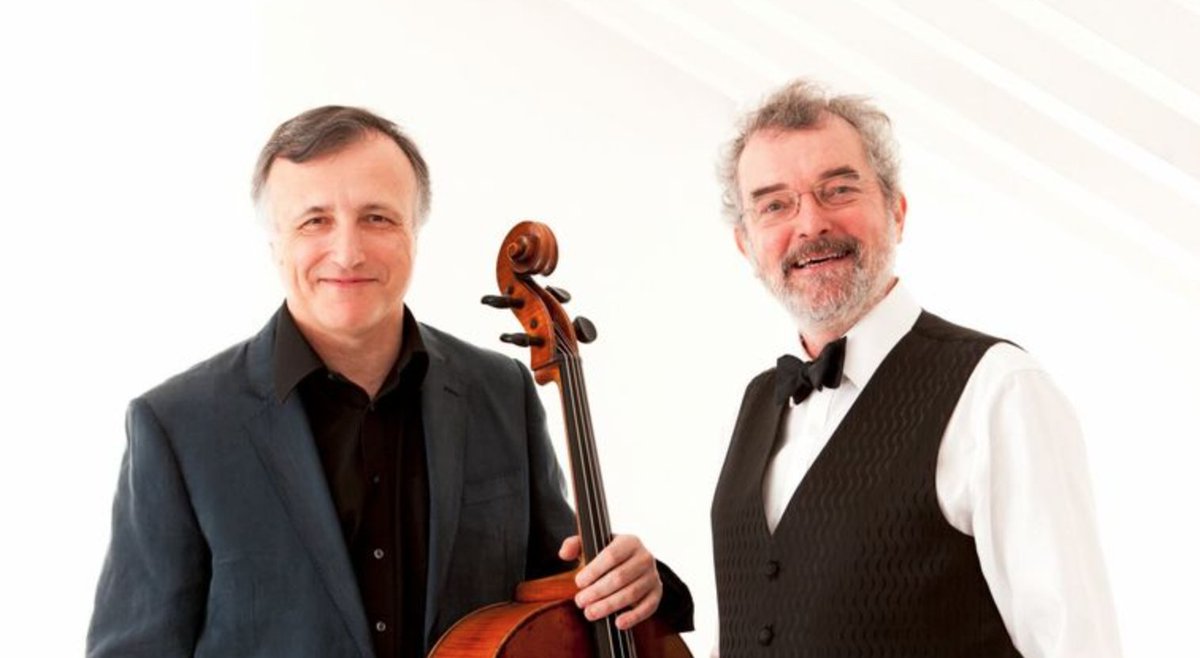 Raphael Wallfisch & John York, performing as part of the campaign to oppose the memorial

He added that the planned memorial is “lending itself to an extraordinary increase in antisemitism and is a security risk. It is being bulldozed through and people aren’t being listened to”.

Lord Carlile, the Government’s independent reviewer of anti-terrorism legislation and another Jewish peer, said the Victoria Tower Gardens site was “in my view a seriously mistaken location… it is too small, a security risk, and with inadequate infrastructure for the expected audience”.

Like Wallfisch, he said: “The better site would be IWM, where there is space, relevant expertise and a more suitable infrastructure. The Government has spent far too much public money on what would be a folly, and been obtuse in failing to recognise this. I hope the planning inspector recognises the error.”

Likewise, Dr Irene Lancaster, chair of the Broughton Park Jewish Christian Dialogue Group and a member ofthe jury that chose the winning design, said: “It is a scandalous and unpardonable offence to have spent this amount of money already on a proposed vanity project”.

She added that it would “deprive local communities of their much-loved precious green space and children’s playground,” saying: “What the government and their backers are doing goes against Jewish law, and all common decency.”

When David Cameron first announced plans, philanthropists from the Jewish community were due to raise half the money – £50 million – through donations. Ministers now say these will account for only a quarter of the total spend.

The Holocaust Memorial Charitable Trust, led by Jewish businessman Gerald Ronson, has “committed to securing pledges of at least £25 million” but “has not and will not raise any funds on a restricted basis prior to the grant of planning permission”. Donors instead indicate their “intention to donate”.

The memorial is supported by the Chief Rabbi, senior progressive rabbis, the Board of Deputies, the Jewish Leadership Council, the Holocaust Educational Trust, and well-known survivors such as Sir Ben Helfgott.

However, it does not have unanimous support, as evidenced by a letter published in the Telegraph this week saying the memorial will “add nothing to the educational landscape, while draining resources away from our existing world-class institutions and the work of reforming Holocaust teaching”.

It was signed by several leading names, including top Holocaust educator Trudy Gold, the former chief executive of the London Jewish Cultural Centre, and a founding member of the British delegation to the International Holocaust Remembrance Alliance (IHRA).

Other signatories include JW3 visionary and philanthropist Dame Vivien Duffield, TV executive Lord (Michael) Grade, and Dr Vicki Harris, who represents Hampstead Garden Suburb Synagogue at the Board of Deputies.

“It is odd that so much public funds should be devoted to what may be nugatory expenditure,” she said, when asked about the £12.9 million. “That spend is certainly not a good reason to justify siting a Holocaust Memorial in Westminster.”

She added that “deputies have never been given the opportunity to vote on whether there should be a memorial next to the Houses of Parliament. All we were ever invited to indicate was whether we had views on the design.”