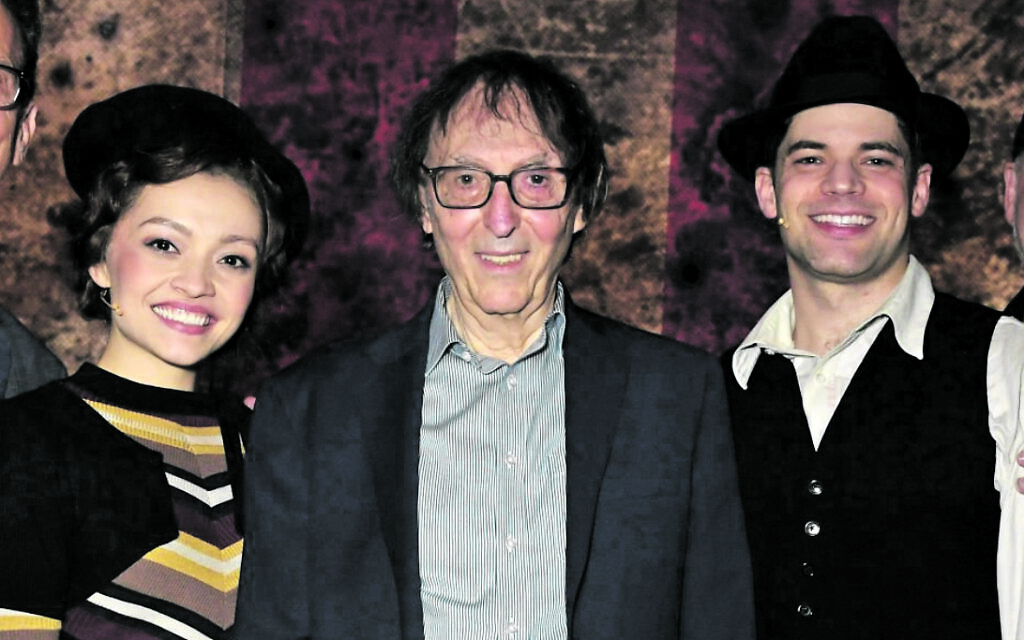 Some lyrics make such an indelible impression, they exist without the music. Take Sunset Boulevard’s As if we Never Said Goodbye:

‘The whispered conversations in overcrowded hallways / The atmosphere as thrilling here as always / Feel the early morning madness / Feel the magic in the making / Why everything’s as if we never said goodbye.’

Then there’s the titular theme from the 1971 Bond film:

‘Diamonds are forever / Hold one up and then caress it / Touch it, stroke it and undress it / I can see ev’ry part, nothing hides in the heart…’

When recited, these words are poetry, but the man who wrote them disagrees.“Poetry is written to be thought about. Lyrics are written to be sung,” says Don Black, who then sings a line from Sunset, the musical he wrote with Andrew Lloyd Webber that earned them both a Tony. “Poetry you can put down and go back to. A lyric has to be instant and in time. You’ve got three minutes to say it all.” 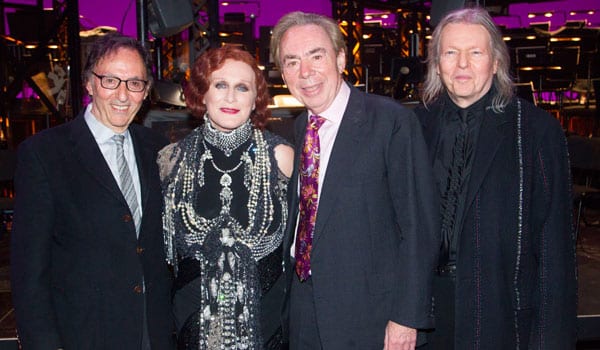 Don has been saying it all to music created by his many collaborators since 1965; the year flagged on his website beside Thunderball, his Bond theme with John Barry. By then, he had tried stand-up comedy, but sat down to write songs for the singer Matt Monro, whom he was managing, and for whom he wrote the hit Walk Away. 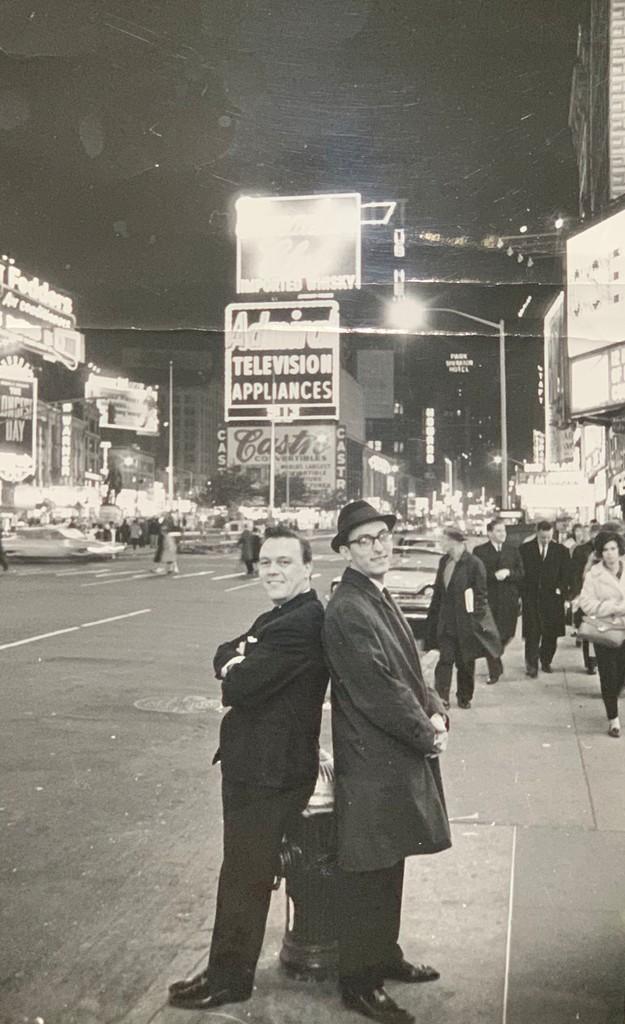 Robbie Williams describes Don (formerly Donald Blackstone of South Hackney) as the “Pele of lyricists”, which is not too shabby for the son of a garment presser father and shop worker mother who listened to “Jewish gypsy music” mingled with songs Don loved by Cole Porter and Irving Berlin. These songs have been getting airtime recently on BBC Radio London as Don revisited the show he did for Radio 2, which, incidentally my late father-in-law Stanley never missed.

What Stanley and other listeners (of all ages) enjoyed was the chance to hear singers from a bygone era interspersed with the host’s anecdotes. Don has so many and will play a Vic Damone ballad, then offer a gem such as the time he was at Lloyd Webber’s New York apartment working on Aspects of Love when Steven Spielberg popped round.

Lloyd Webber did the introductions and Spielberg gasped: ‘You’re not the Don Black are you? You wrote my favourite title song of all time: Diamonds Are Forever!” Kanye West, aka Ye, also likes that song and sampled it in a rap, but the point here is Don’s humility in the face of huge praise from Spielberg or anyone – and that’s what made this Oscar/Tony/ Olivier award-winner such a popular collaborator in an industry of egos. Don Black and Sir Andrew Lloyd Webber during a reception prior to the Variety Club’s Tribute Dinner for lyricist Don Black at The Dorchester.

To emerge so level-headed with a love for the business intact at the age of 83, is best elucidated by the title of his memoir, The Sanest Guy in the Room, which was published last year and completed after he was hospitalised with Covid. Don was serenaded out of the hospital by nursing staff performing his song, Born Free.

For the past three years, Don has been working on a musical adaptation of the Orson Welles classic, The Third Man. Joined by Christopher Hampton, composer George Fenton and Trevor Nunn to direct, it will follow Don’s other new musical, Casanova, which he wrote with his son, Grant, and opens next year in Vienna. But before that, there’s Bonnie and Clyde, which has taken its rightful place at the Leicester Square Arts Theatre.

“It originally opened in America 10 years ago, but only lasted three months on Broadway,” said Don. “But it caught fire and got a cult following across America. We’ve been trying to get it here for a decade and, finally, a very enterprising producer, Dan Looney, bought the rights.” Heralded by several concerts at Theatre Royal, Drury Lane, the interest has been palpable since it found a permanent home, albeit for three months. “The Arts only has 400 seats, so we’re hoping it will go to a bigger West End theatre, which it will if the reaction is anything to go by. “But there are lots of musicals waiting to come to the West End because of Covid.”

Married for 60 years to beloved wife Shirley, who enabled him to be the ‘sanest man in the room’, Don references her constantly though she died in 2018. Accepting her loss – “That final stage of grief they talk about” – alludes him as they had been together since meeting at a dance in Clapton. Of course, Don’s own songs remain an intrinsic part of their story – “she’d look over and say that’s terrible” – he recalls, but told podcaster Mark Steyn that the best lyrics of grief are were those in the Paul Williams song You and Me Against the World.

‘And, baby, when one of us is gone / And one is left alone to carry on / Well then remembering will have to do.’ 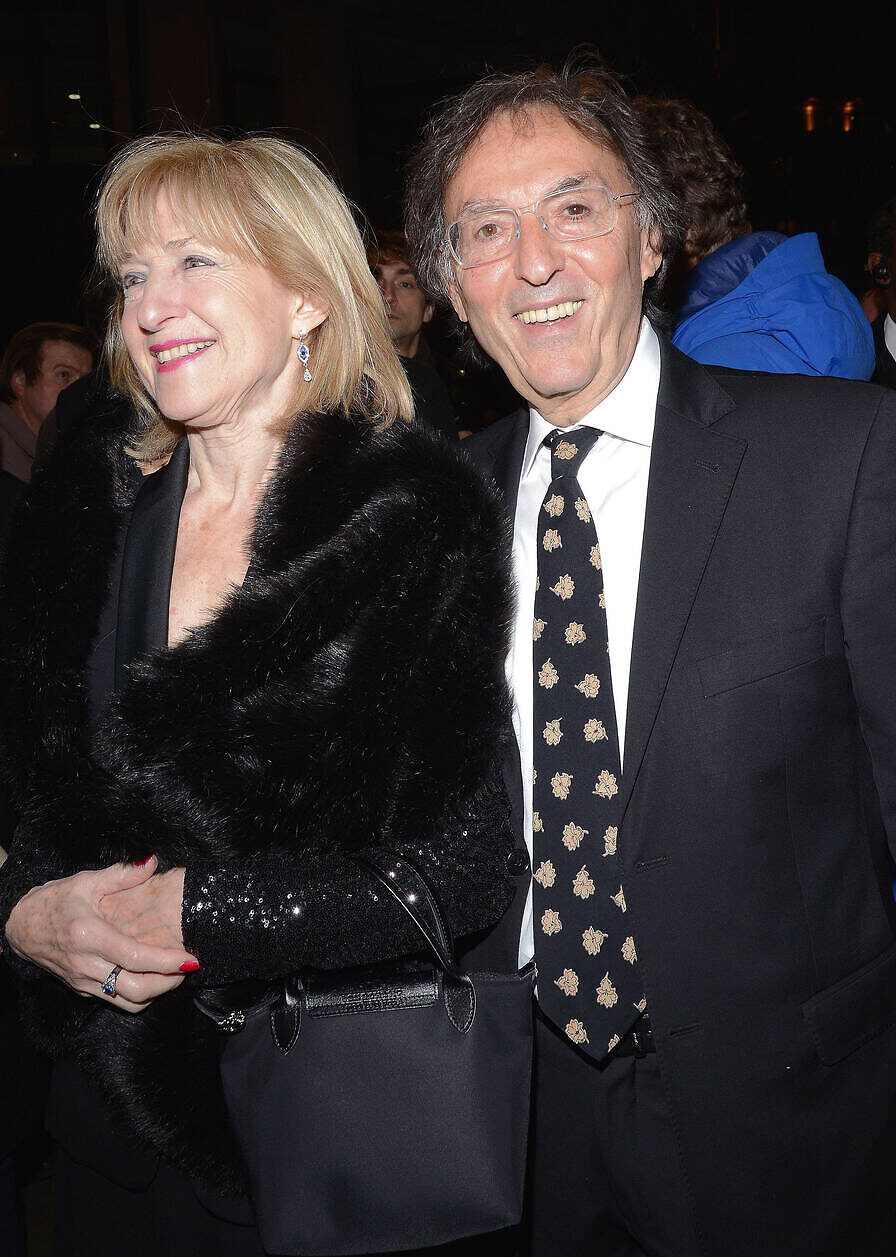 Anyone who loves musical theatre would be reluctant to leave a
conversation with Don Black– the colour, comedy and heart in his stories are so compelling – and when he shares the one about changing the lyrics for As If We Never Said Goodbye for Barbra Streisand at her Bel Air home, you want more.

“She made me a cup of tea. It was just so lovely and normal, like talking to you,” he says. Of course I wanted him to keep talking, about working with Gypsy’s Jules Styne, with whom he wrote Bar Mitzvah Boy, and Marvin Hamlisch, who asked him to write extra lyrics for The Goodbye Girl and referred to Shirley as Don’s “secret weapon”.

Along with his wife, Don has lost so many composer friends of late, the most recent being Leslie Bricusse, who died last year. Playing their music is how he keeps them alive. Among those great late talents is Billy Wilder, the legendary director of the film Sunset Boulevard, who Don met at the musical’s opening night in LA.

“He told Christopher Hampton and I we were very clever, to which I replied: ‘Why is that Mr Wilder?’ and he said: ‘You didn’t change anything.’” I squealed at some of these anecdotes, so it was fortunate for him that his busy diary – “which stops me monitoring my decline” – took him away. I think we both knew I would never have said goodbye.