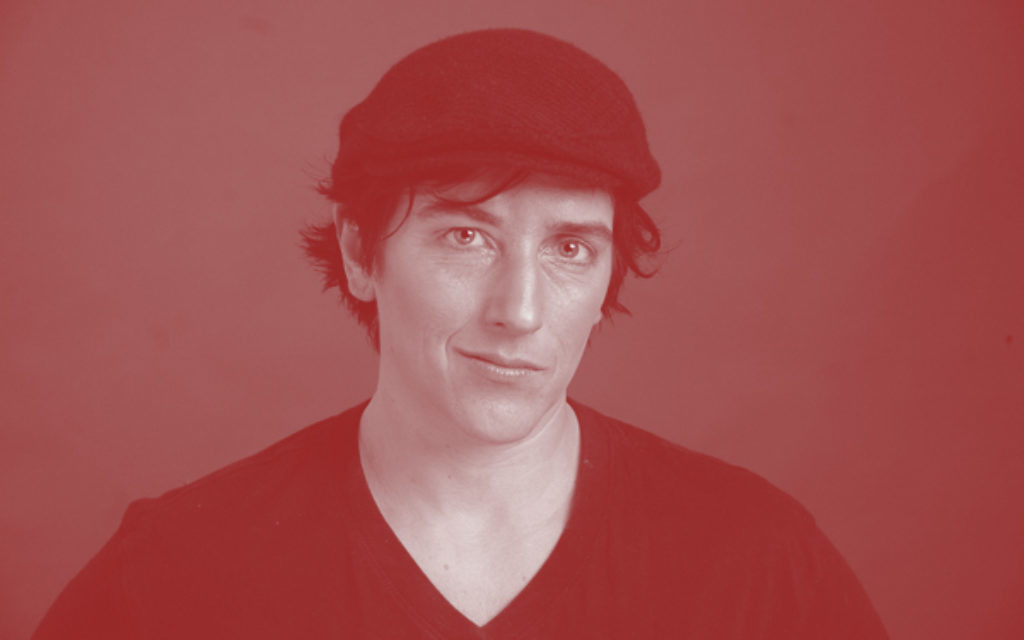 The first installment of a new blog by Surat Rathgeber Knan, who is currently gender transitioning from female to male.

Blog 1: In the Beginning

‘In the beginning there was nothing. God said, ‘Let there be light!’ And there was light. There was still nothing, but you could see it a whole lot better’ – Ellen DeGeneres

I’m Jewish. I’m transgender. I’ve embarked on a gender journey. I would like to share my journey with you over the next few months.

I won’t spoil the surprise by revealing exactly what I’ll be writing about, but I will say this: my hope is that this blog will introduce (cisgender) Jewish News readers to a portion of our UK community that has, for the most part, been overlooked by the Jewish press.

For you trans* readers out there, I hope this blog feels empowering and will help us become not only visible but also fully included into UK community life and beyond.

Firstly, a little bit about me.

Most of you may know me as the person who runs Rainbow Jews, Britain’s first ever Jewish LGBT (lesbian, gay, bisexual and transgender) heritage project. I’m part of the Liberal Jewish movement, and I’m also a Human Rights activist working alongside numerous UK and international campaigning bodies in the area of faith and LGBT*.

This blog however is a purely personal account of my gender transitioning journey. Views are entirely my own.

Let’s start from the very beginning of my life.

Everything my Daddy wished for was to have a sweet daughter that would give him plenty of grandchildren. A pretty baby girl with curly hair and piercing blue eyes was born, but – as my Granny noted – ‘there was a wild gypsy look about this baby’.

Well. Even as a small child I didn’t quite fit neatly into the boy/girl binary. I guess I was what we call a tomboy – I wore checked shirts, trousers with braces and was always covered in mud and blood from my numerous unsuccessful attempts to land star trek spaceships and staging imaginary Formula 1 races down the hill.

My parents were progressive thinkers and perhaps their philosophy of freedom and liberation enabled me to make my own choices at a distinctly early stage in life. Religion and faith however were never really high on my family’s rather secular agenda.

For me, however, ritual and spirituality were always important, and long before I joined Progressive Judaism, I kept sneaking into shul, or wore a kippah secretly.

I’ve also always been intrigued by Jewish history, and did some extensive research on my parent’s obscure family tree, unravelling at least some of the reasons for the strange silence around our past. I will talk more about the interconnectedness of faith, heritage and gender identity later in this blog.

For me, however, ritual and spirituality were always important. I will get to this later.

When I was 16 years old, after endless heartaches and crushes on other girls at school, I came out as a lesbian. No one seemed to be surprised, and coming out was only half as bad as I imagined it to be.

For a short while, I thought everything was sorted and I just had to find a girlfriend and everything would be fine. But it wasn’t. At 21, I had dated many ‘nice Jewish girls’, but still somehow something didn’t feel quite right.

It did dawn on me eventually that the trouble with me was not my sexuality, but my gender. I just didn’t know what to do about it. There were no trans* role models; I didn’t have any trans friends.

I was living on a small Mediterranean Island at the time, and female-to-male transitioning was unheard of. I started body-building and martial arts, and being so muscly I often passed as a bloke in public. But ultimately I wasn’t and this was bloody hard to take.

Medical tests revealed that my growth hormone levels were naturally above-average – even higher than the average ‘biological’ male – and this only confirmed to me that I wasn’t really a biological female. I felt I was something like the third gender.

I felt quite inspired by all this and started experimenting with hormones and ‘natural’ transitioning drugs. But I was diagnosed with a cancerous tumour at the age of 25, and of course I had to stop ‘transitioning’. I had to stop extreme sports. I would have risked my life.

I resigned myself to the fact that I was just ‘gender queer’ (this term refers to someone who identifies outside the gender binary), and that was that.

I am now in my early 40s and I have never quite found out as to where to place myself on the LGBT* spectrum. Perhaps I have also never really felt the need to define myself; life has been great.

Looking back, I have never been able to fit myself comfortably into either the male or female category, and to be honest I doubt I ever will.

Yet the urge to match my physical appearance with who I am emotionally, spiritually and psychologically had grown so big over the years that something needed to be done about it.

And this is where I am today. This is the beginning.