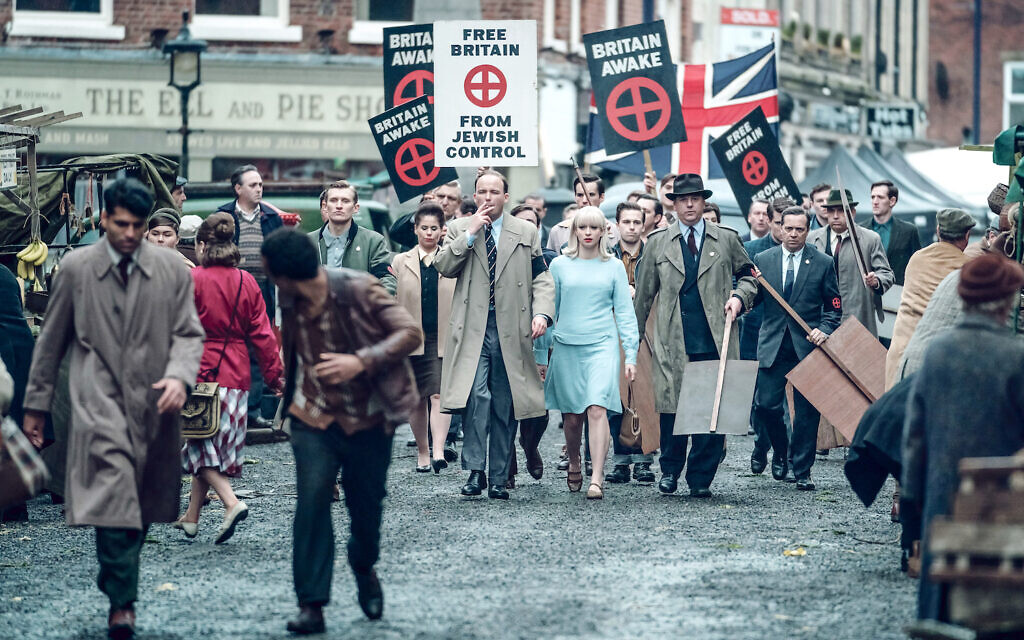 Like Vivien in Ridley Road, Barrie Milner was a hairdresser. In the evenings and weekends, however, he was more popularly known as ‘the head-butter’.

He honed his skills at school in Hoxton, East London, where, as the only Jewish kid, he was called a ‘dirty Yid’ repeatedly unless he stopped the bullies first using either his fists or his head or, often, both.

When Cambridge-educated neo-Nazi Colin Jordan announced the new fascist political party, the National Socialist Movement, in 1962, Barrie was only too glad to join the 62 Group.

“I once headbutted Jordan,” admits Milner, now 79. “Grabbed him by the lapels and boom! I’m not proud of it, but I did what needed to be done. We knew how low fascism could go, so we had to go low too. We’d seen what the Nazis had done.”

The 62 Group were central to a period of history few of us know about; when neo-Nazis spat out their Jew-hatred in Trafalgar Square, in the East End and in Birmingham, and attacked synagogues, while the authorities appeared to simply watch on. Now, Ridley Road is shining a light on them.

The BBC series series, starring Eddie Marsan, Tracy-Ann Oberman and Rory Kinnear as Colin Jordan, follows the story of Vivien Epstein, played by newcomer Aggie O’Casey, a Jewish hairdresser from Manchester who infiltrates Jordan’s world in a bid to find her lover, an undercover member of the 62 Group, who has gone missing. 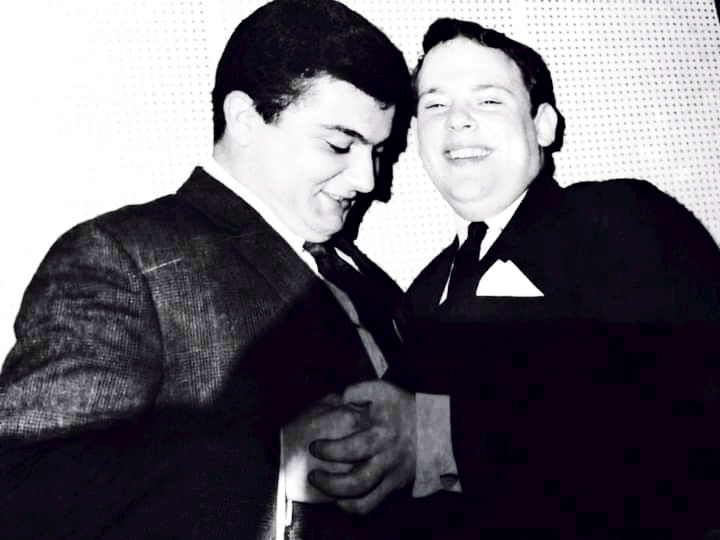 While the story is fictional, there were plenty of men and women who disguised themselves as Nazis to infiltrate the world of the people who hated them most in order to stop Jordan and his army of fascists who marched under the banner ‘Free Britain from Jewish Control’.

It wasn’t the first time vigilantes from the Jewish community had felt they needed to take action. In 1946, Jewish ex-servicemen, returning to England from fighting the Nazis and liberating the death camps, only to find that fascists were now on their doorstep – with synagogue arsons and Jewish areas vandalised with paint saying ‘Perish Judah’ – realised they had to fight force with force and set up the 43 Group (there were originally 43 of them).

The group fought for 10 years, driving the fascist menace underground.

But not for long. 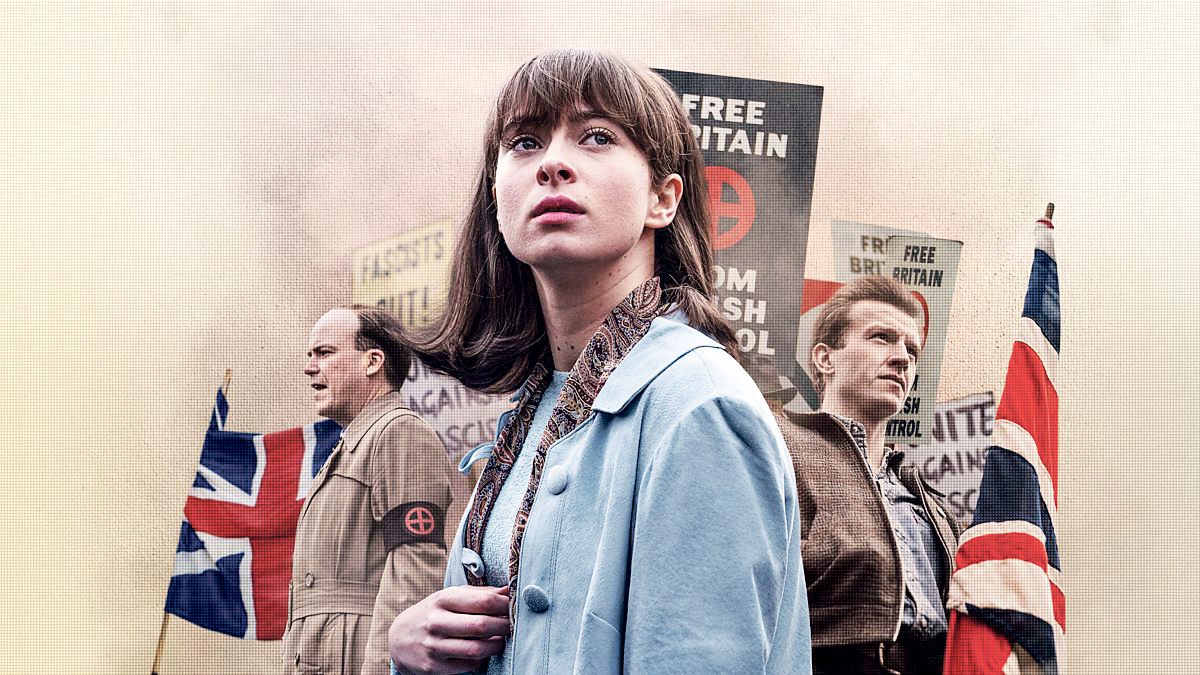 Jules Konopinski, who was a teenage member of the 43, was one of the founding members of the 62. A handbag designer, he was driving from his Surrey home to his work in the West End on Friday, 30 June 1962, when he saw a rally was being set up in Trafalgar Square. There was a giant stage with a banner reading: ‘Free Britain from Jewish Control’.

For Konopinski – whose immediate family in Germany had narrowly escaped the Holocaust but who had lost almost all his other relations in the gas chambers – arriving in England in 1938,  this was a sign the group needed to be reunited.

That evening, a meeting of 20 was convened in Croydon to decide what to do. Westminster Council refused to countenance cancelling the rally – the National Socialist Movement was a new political party and so had no black marks against its name. And even if they were going to scream out their poison about Jewish people, that was free speech. So those 20 called their friends, who called their friends. They had a new name, based on the year of their founding; the 62 Group. By the time the rally started, at 3pm on 2 July, there were 5,000 people there, and only 800 of them were fascists.

“We wanted to stop them being underground so we made sure the press was there,” recalls Konopinski, now a sprightly 91-year-old. “We were surprised by the emergence of Colin Jordan’s group and were stunned to find out they even had a big headquarters in Notting Hill. We needed to find out who they were. And so there was a battle. It went on all over the streets, even spilling into the backstreets of Covent Garden.”

The fascist threat was back and it wasn’t just Jordan. His former friend and now rival John Tyndall helped set up the Greater Britain Movement before going on to be chairman of the National Front – and in 1982 starting up the British National Party. Meanwhile, Oswald Mosley, having taken a back seat in fascist politics, was back in Britain and trying to win a parliamentary seat. 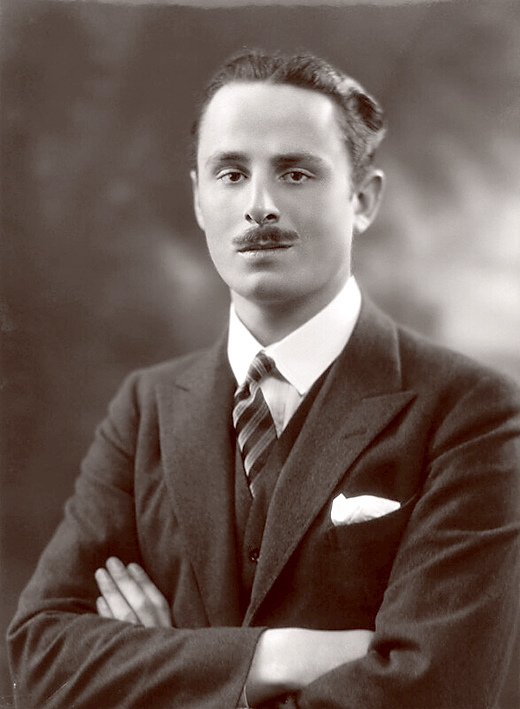 The 62 Group had their hands full. Konopinski, who attracted childhood friend Harold Pinter among others to the group (Pinter narrated films the group made), was one of the heads of the 62 Group and there were dozens of local chapters, based loosely on how the 43 Group had worked.

Intel was key; if they knew there was a meeting happening, not only would they get to the venue first and turn the stage over and lock the door, but they’d also go to train stations to tell travelling would-be fascists to go home – with force, if required.

“We’d go to places like Charing Cross if we knew people were coming and we’d hide behind the pillars until they got off the train,’’ recalls Konopinski. “We would then make sure they knew that it wouldn’t pay to come to the fascist meeting in London. And yes, we’d beat them
up if we had to.” Milner recalls the days when he would go to work as a hairdresser with a face full of cuts and bruises. “But we did it because we had to.”

The Jewish authorities were never keen on their tactics; labelling them hoodlums. But while the 62 Group faded from attention, their work continues.

The Community Security Trust was founded by members of the 62 Group, including Gerald Ronson, who was famous for being particularly good with his fists. Searchlight, the magazine set up by member Gerry Gable, continues to expose fascists, but this time working with the police.

While the fascist menace isn’t as dangerous as it once was, antisemitism has not gone away. But former members of the 62 Group continue to protect us.