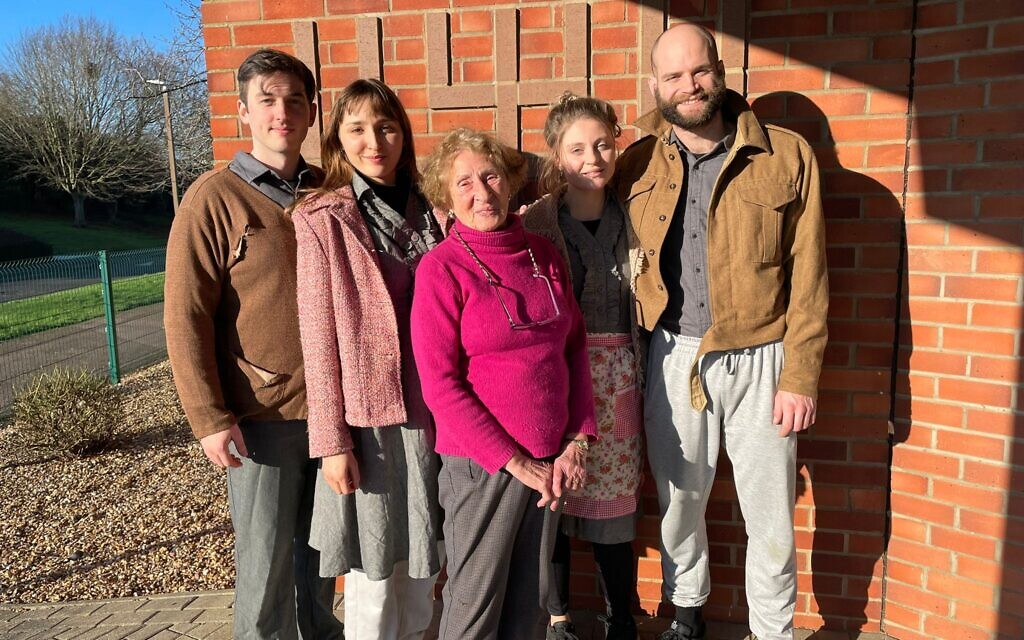 Susan with the Kindness cast

Most people have a story to tell about their life. Some deliver it via the written word in books or articles, others deliver it in biopics, and some do it even through songs. Susan Pollack’s story has been turned into
a play and it will have you questioning humanity.

“I had no idea what was going to happen to my mother at Auschwitz-Birkenau,” she said. “After the selection, I was taken to a barrack and the others asked, ‘What happened to your mum?’

“So I described it and they said, ‘Oh, well, she was gassed.’ I didn’t understand what they meant and did not ask questions because it’s just so outside of human experience, outside of any kind of logical kind
of understanding.”

She saw her father beaten up before being put on a train – to where, she still does not know – and later watched her mother’s selection for the gas chambers. While her older brother, Laci, also survived Auschwitz, they were separated from each other for 20 years.

But she smiles as she vividly recalls the kindness offered to her on 15 April 1945 by one of the British soldiers who liberated her at Bergen-Belsen. 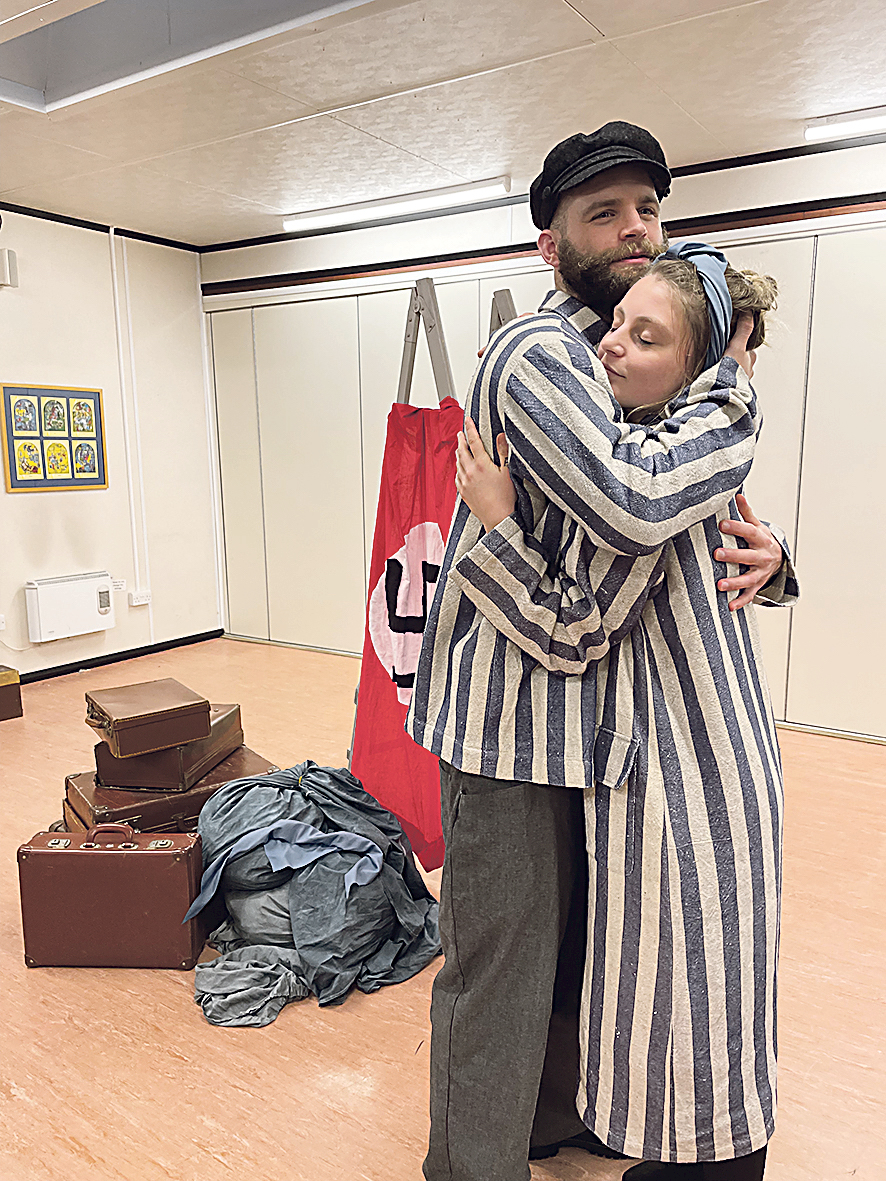 Rehearsals for Kindness: A Legacy of the Holocaust, based on Susan Pollack’s wartime experiences

“It was so bitter outside the barracks and I crawled out. And, suddenly, I felt someone picking me up, a gentle hand, and he placed me in an ambulance. And that, to me, was kindness – that he hadn’t walked away. I find that absolutely miraculous to this day.”

Susan was forced, alongside other camp inmates, to endure frequent selections when they would be inspected, naked, and often in front of the ‘Angel of death’, Josef Mengele. They would pinch their cheeks to appear healthy and useful, stand tall, and hope they would not stand out enough to get them selected to die.

For 30 years, Susan – who was born Zsuzsanna Blau in 1930 in Felsögöd, Hungary – gave talks to schoolchildren about her family’s experiences of antisemitism in Hungary in the years preceding the war as well as during it. 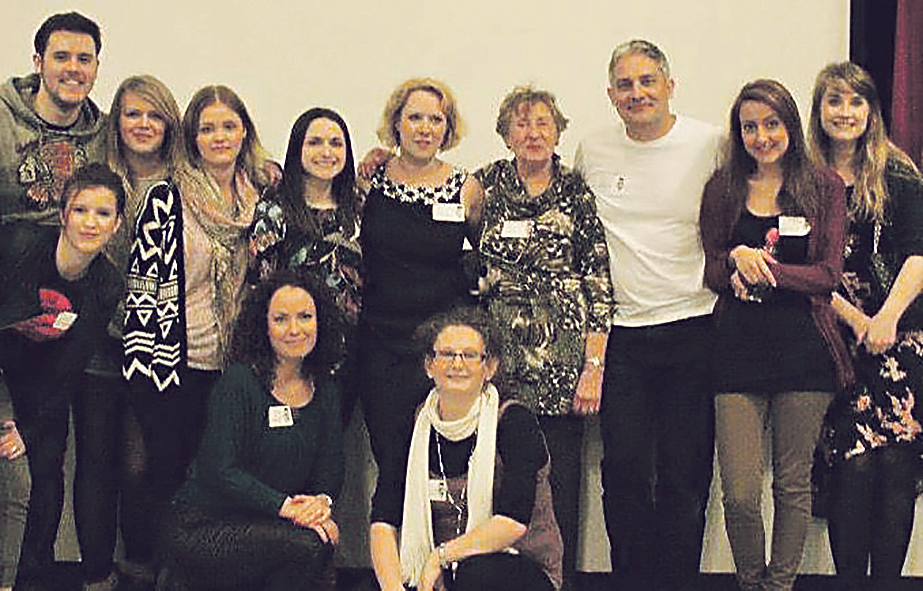 Susan at a school

Susan was speaking to me from her home ahead of the world premiere of Kindness: A Legacy of the Holocaust, next Wednesday. The performance at the Harrow Arts Centre, scheduled to coincide with Holocaust Memorial Day the following day, is based on the verbatim play of her life.

While she acknowledges that sharing her story meant she would continue to relive it, it was important to her to do so. “I felt very strongly about informing and educating people,” she says, “telling them what the Holocaust meant, and the brutality and the indescribable terror that created complete chaos in our mind, and sorrow and pain. 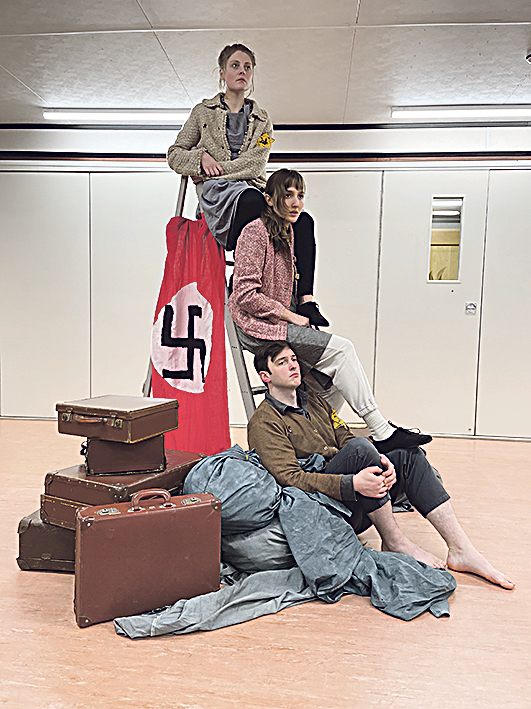 Rehearsals for Kindness: A Legacy of the Holocaust, based on Susan Pollack’s wartime experiences

“It’s always there, so talking about it is helpful. Kindness, generosity and helpfulness is what takes us forward.”

After her liberation, Susan, who was by then suffering from typhoid, tuberculosis and severe malnutrition, went to Sweden to recover.
She was later given the opportunity to move to Canada, where, aged 18, she married Abraham Pollack, a fellow survivor, with whom she had three children. They came to England in 1962.

“I had feelings of loss, of extreme insecurity,” she tells me of her state of mind after liberation. “You never lose an experience like that. But all you can do is to build on it – in one’s achievements. Do the things that you like doing and accomplish something that you have to put all your energy towards. That was very helpful for me, so there was no space for dwelling
on things.”

And build on her past she did. From being a village girl with little schooling, Susan decided to study for her O-levels and A-levels in her fifties. Aged 60, she earned a degree in modern European history, about which she remains very proud, showing me the photograph of her graduation that stands in pride of place along with photographs of her daughters and grandchildren. 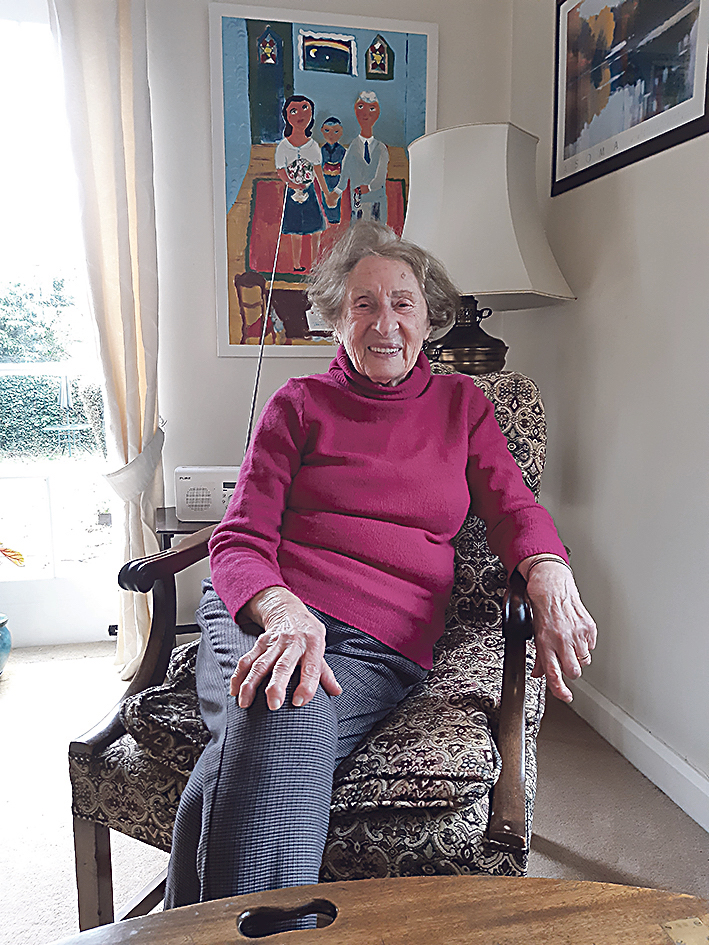 Now, Susan has retired from relating her experiences to children, instead entrusting the task to Voices of the Holocaust, which uses theatre and accompanying education programmes to teach the Shoah.

The play – which Susan describes as “excellent” and “very faithful” to her experiences – was adapted by Cate Hollis, the theatre’s founder and artistic director, and British playwright Mark Wheeller. Thanks to the European Jewish Fund’s financial backing, it will go on to tour schools around the country, accompanied by workshops and teaching sessions and a ‘Mitzvah Project’ to which schools can sign up, committing to their own ‘acts
of kindness’. 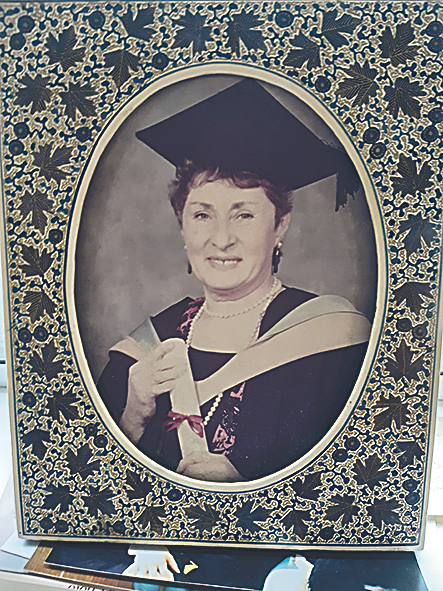 Susan with her degree aged 60

Hollis says: “For Susan, acts of kindness were absent as she went through the terrible events and experiences as told in the play.

“It has been such an honour, and truly humbling, to have been entrusted with the responsibility of sharing her story.

“It has taken a lot of love, a deeply committed team and some years to get to this place, but we are delighted Susan can finally retire, as she wishes, in the knowledge that her words, experiences, reflections – indeed her legacy of the Holocaust – will carry on the incredible work that she has done for so long.”

• For more details about Kindness: A Legacy of the Holocaust, visit
www.voicesoftheholocaust.org.uk