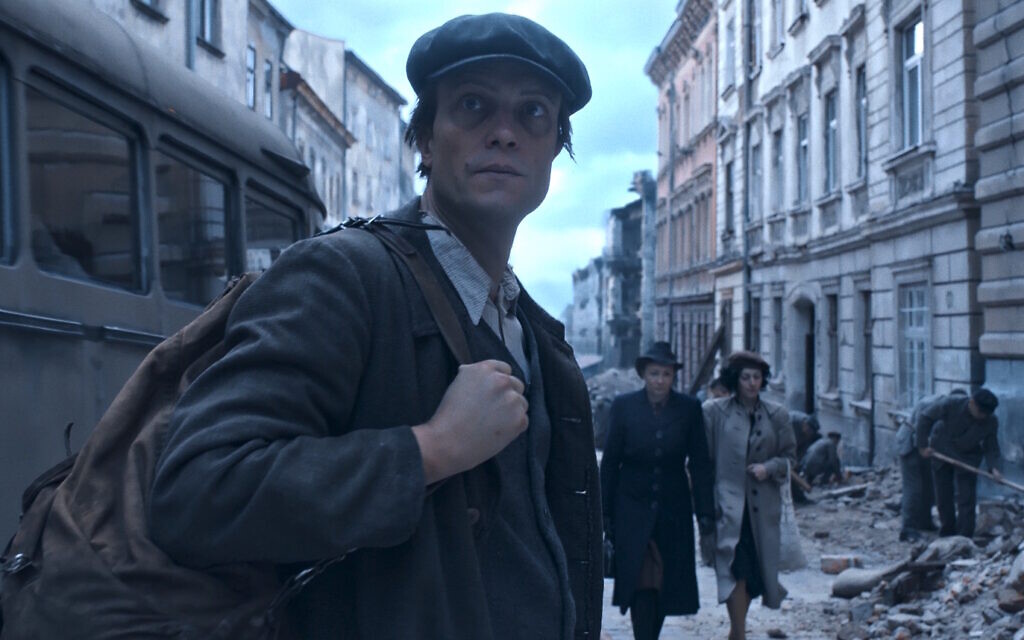 August Diehl stars as Max in Plan A alongside Nikolai Kinski, Milton Welsh and Sylvia Hoeks

Living in Israel, the filmmaker Yoav Paz grew up immersed in the Holocaust. There were visits to Yad Vashem, books, plays, films, and, he says, stories from an aunt who had survived “horrible operations” performed on her by Mengele.

People talked about the death camps and survivors bravely rebuilding their lives. But about 10 years ago, Yoav and his brother Doron, who is also his filmmaking partner, heard something new: a friend told them that as his grandfather was close to death, he confessed that he had returned to his childhood home after being freed from a labour camp and killed the neighbour who “snitched” on him and his family.

“This blew our minds. We said, ‘Wow, this is an amazing story. You never hear about revenge.’”

The anecdote now informs the opening scene of their new film, Plan A, which is based on professor Dina Porat’s book, Li Nakam Veshilem -(Vengeance and Retribution are Mine). It tells the true story of a
group of Jews (codenamed Nakam), led by the fighter-poet Abba Kovner,
who plotted to kill six million Germans by poisoning the water supply in five cities.

Also known as the Avengers, Kovner’s group numbered about 50 men and women. While there were widespread calls for revenge among the Yishuv in Palestine as early as 1942, those who actually acted were the “exceptions”, says Yoav. “For us, it was really fascinating. We felt that from this minority group who couldn’t go on with their life, we could learn a lot about all of the other survivors who did want to start a new life, and for them that was the real revenge.” 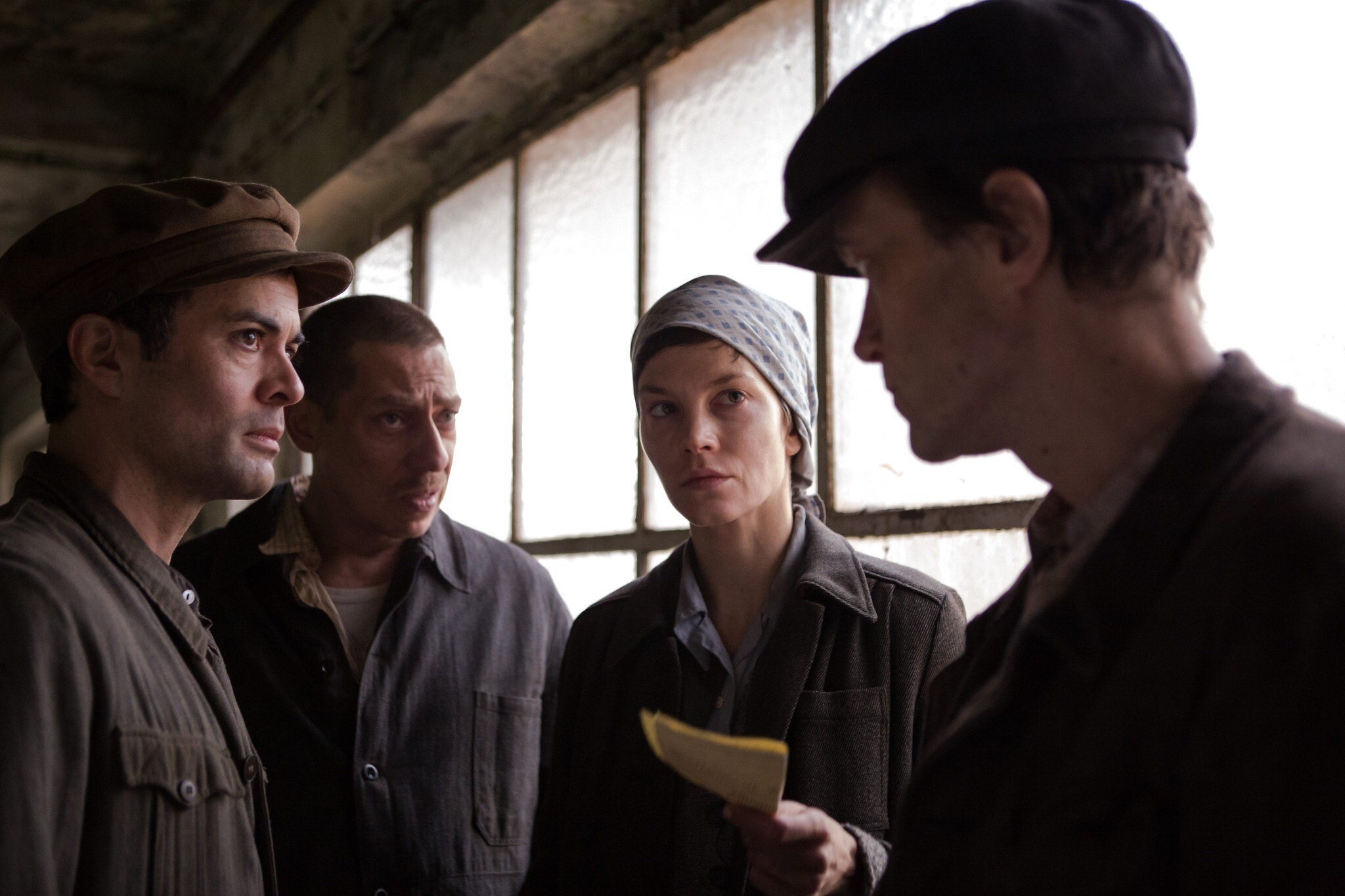 August Diehl stars as Max in Plan A alongside  Nikolai Kinski, Milton Welsh and Sylvia Hoeks

As third-generation Israelis growing up “as a free spirit, with a free mind, in a free country”, he says they weren’t afraid to ask uncomfortable questions. “And, of course, the main question [asked by a character in the film] is, why did you let this happen? And also after everything was over, how could you go on with your life? Some Jews started a new life in Europe around people that killed their families a few years before. So it’s complicated.”

Although the Avengers’ deadly plan has been known about for years, the protagonists themselves only really started talking publicly in the past decade. “Many of them kept their face in darkness,” says Yoav.
“No one knew how people would react to their actions.”

The brothers were lucky enough to meet three of the Avengers, Joseph Harmatz, Yehuda “Poldek” Maimon and Chaim Miller, all since deceased, and during their “sessions” tried to understand how they thought and felt. Some described the need for retribution as “a cancer growing inside them” and recalled Nakam members who “broke down along the process and couldn’t go on with the plan”; others “got stronger and stronger, but said it was like a torture”.

Because their endgame “sounds horrible, monstrous”, says Yoav,
they requested not to be judged by today’s standards. “They told us,
‘We were young people, we’d lost our families, we were alone in the world, and all that we could think about
was revenge.’”

With this in mind, the co-writer-directors tried to tell a story where there is “no right and wrong, no black and white”, and that asks: what would we have done in their position? 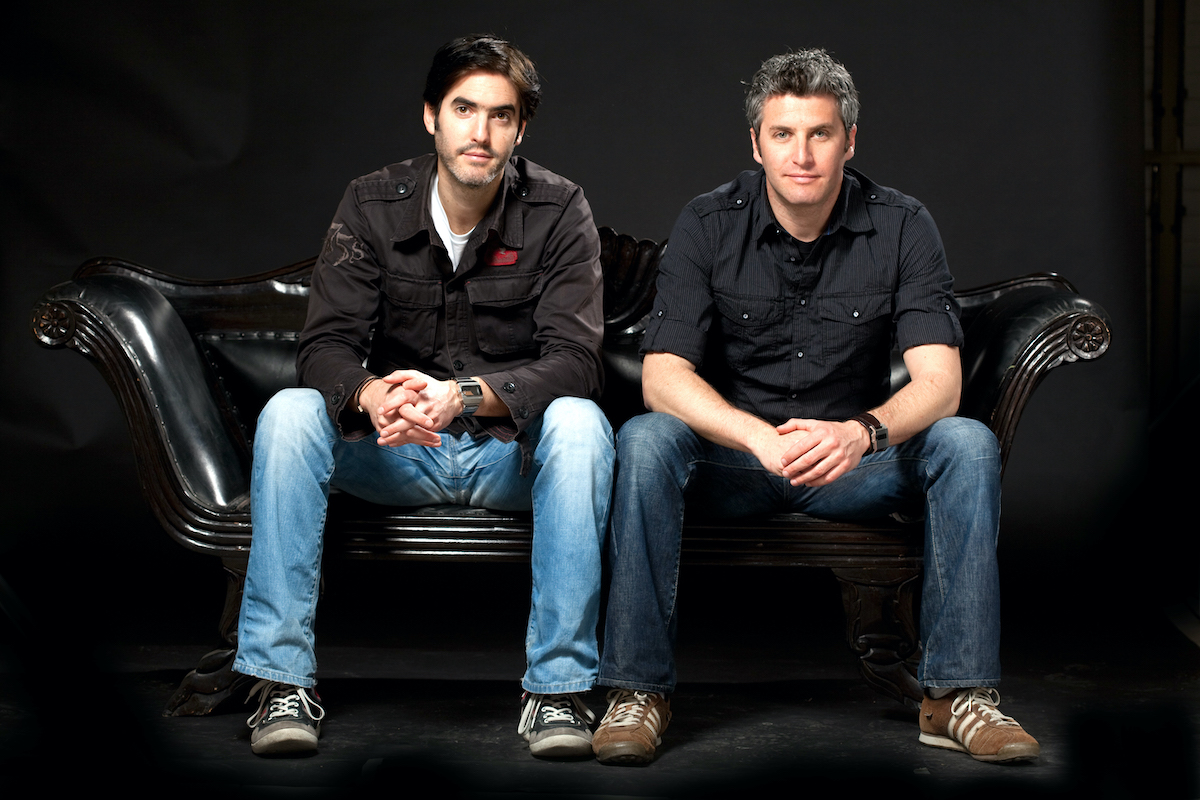 To test this question, they created a fictional Holocaust survivor, Max (subtly played by the non-Jewish German actor August Diehl), who becomes involved with a group from the Jewish Brigade – a unit in the British Army recruited from Mandatory Palestine – who track down Nazis, hold field trials to prove their identities, and execute them. “This is pure justice,” says Yoav.

They were delighted to find that Kovner had approached a Jewish Brigade group to join him and “they didn’t want to help because they realised he was taking things too far.”

This real-life meeting meant they could move Max into Nakam by having him infiltrate them as a Haganah spy for his former Brigade ally (Shtisel’s Michael Aloni), and through him explore the comparatively morality of their plan as his allegiances get pulled in different directions.

“We wanted to have an escalation,” Yoav explains. “I think most people can understand and relate to taking down the life of war criminals… [but] the idea of revenge on a larger, deeper scale, that is much more difficult to understand.”

The brothers introduced the device of a sack supposedly containing death to allow them to show “what will happen if death takes over … [and] darkness is unleashed.” It didn’t, because Plan A failed. But why?

What is known is that Kovner obtained poison in Palestine but realising that he was going to be arrested by British military police while on
a ship bound for Europe, he threw it overboard.

David Ben-Gurion and the Haganah had heard rumours about the plot, says Yoav, but historians disagree over whether they tipped off the British, or whether Kovner was apprehended on a technicality.

Whatever the truth, there were concerns, as voiced by Aloni’s character, that any revenge mission could threaten the establishment of Israel.

“All the leadership in Palestine wanted to do is raise a country of
their own,” says Yoav, “and they knew they needed the support of the UN, and that revenge operations could damage the Zionist operation. So they were against them.”

Putting yourself in the shoes of the Avengers today is a queasy sensation. Their suffering and loss is made palpable in the film, but so is the suffering, loss and horror they planned to inflict on millions. What would you have done? Hopefully, none of us will ever need to find out. 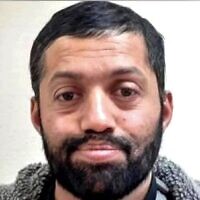