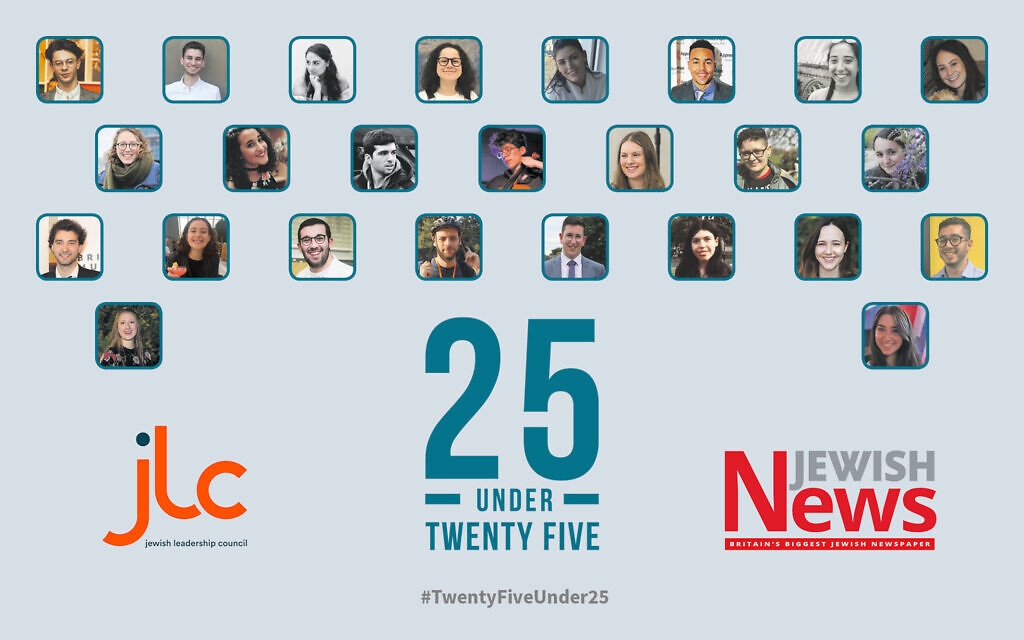 Young trailblazers across British Jewry will be celebrated over the next three weeks with the countdown of Jewish News’ Twenty Five Under 25 list of those set to shape the future of our community.

Student rabbis, JSoc chiefs fighting campus hate, political and interfaith activists promoting dialogue on the Israeli-Palestinian conflict and advocates for the LGBT community are among those recognised in the list, organised in partnership with the Jewish Leadership Council.

Next week we will proudly reveal those ranked 25-11, with the top 10 published on 9 April. But this week we are delighted to shine a spotlight on the 25 incredible individuals who ‘just missed out’. They include motivational speaker Jodeci Joseph who only discovered he was Jewish aged 10, the young man behind a new Sephardi siddur and the founder of an initiative to get university balls to add £1 to their ticket to donate to support the homeless.

Hundreds of nominations were received for both the 25 and 40 under lists and it was down to an expert panel of communal leaders from across the spectrum to select and rank those put forward at the start of this year. The 40 under countdown, returning for the first time in five years, will start in May.

Andrew Gilbert, who chaired the judging panel, said: “Twenty Five Under 25 was such a change on five years ago with twice as many nominations. I hope you agree with our list. If not I’m sure you will tell us.” 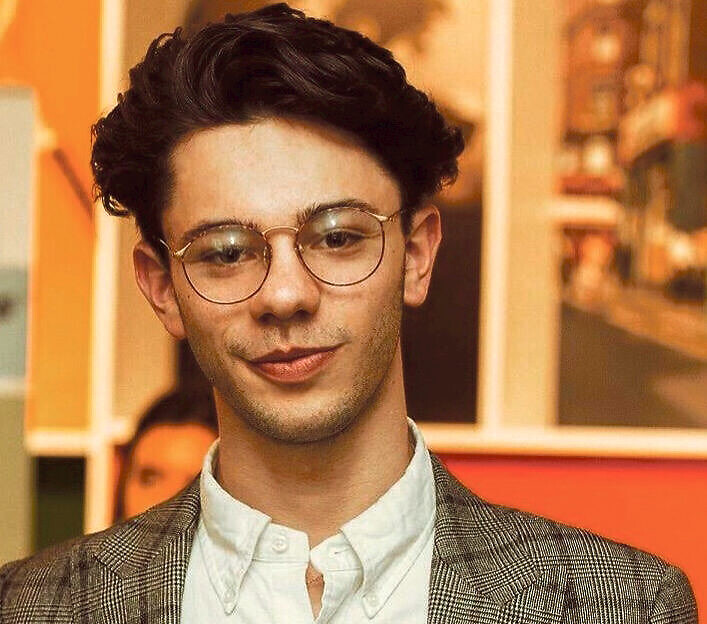 As president of Manchester University’s Jewish Society and a participant of StandWithUs UK’s first student fellowship programme, Ben has played an instrumental role in standing up to anti-Zionism and antisemitism on campus. An “inspiring” young man, he will undoubtedly continue to lead the community as a young professional. 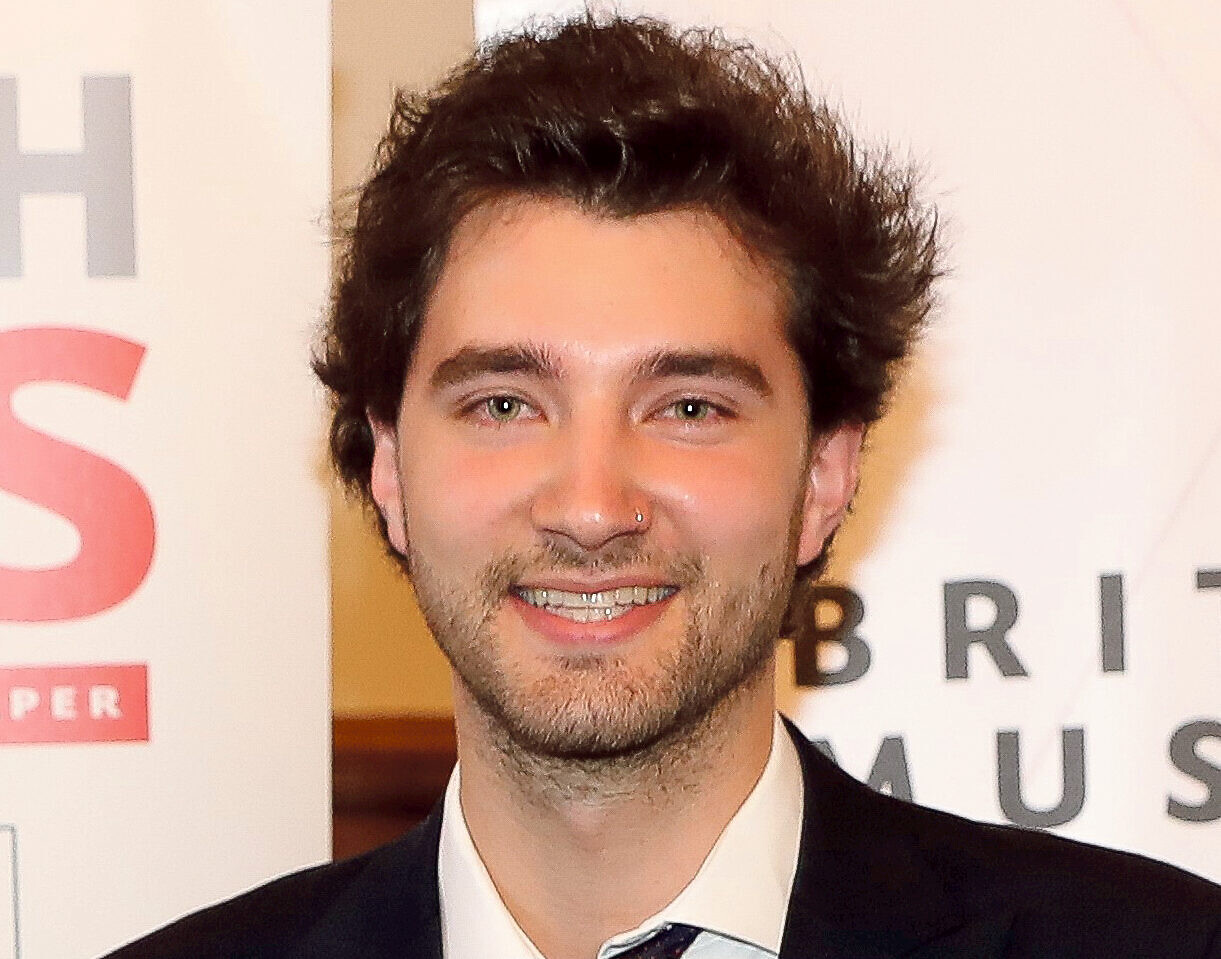 Ben is the founder of “groundbreaking” student group Voices of Israel-Palestine, which has become a blueprint for discourse nationwide. A committed activist with Yachad, the 22-year-old is a leading progressive figure and was commended as one of Jewish News’ 21 faith leaders for the 21st century. 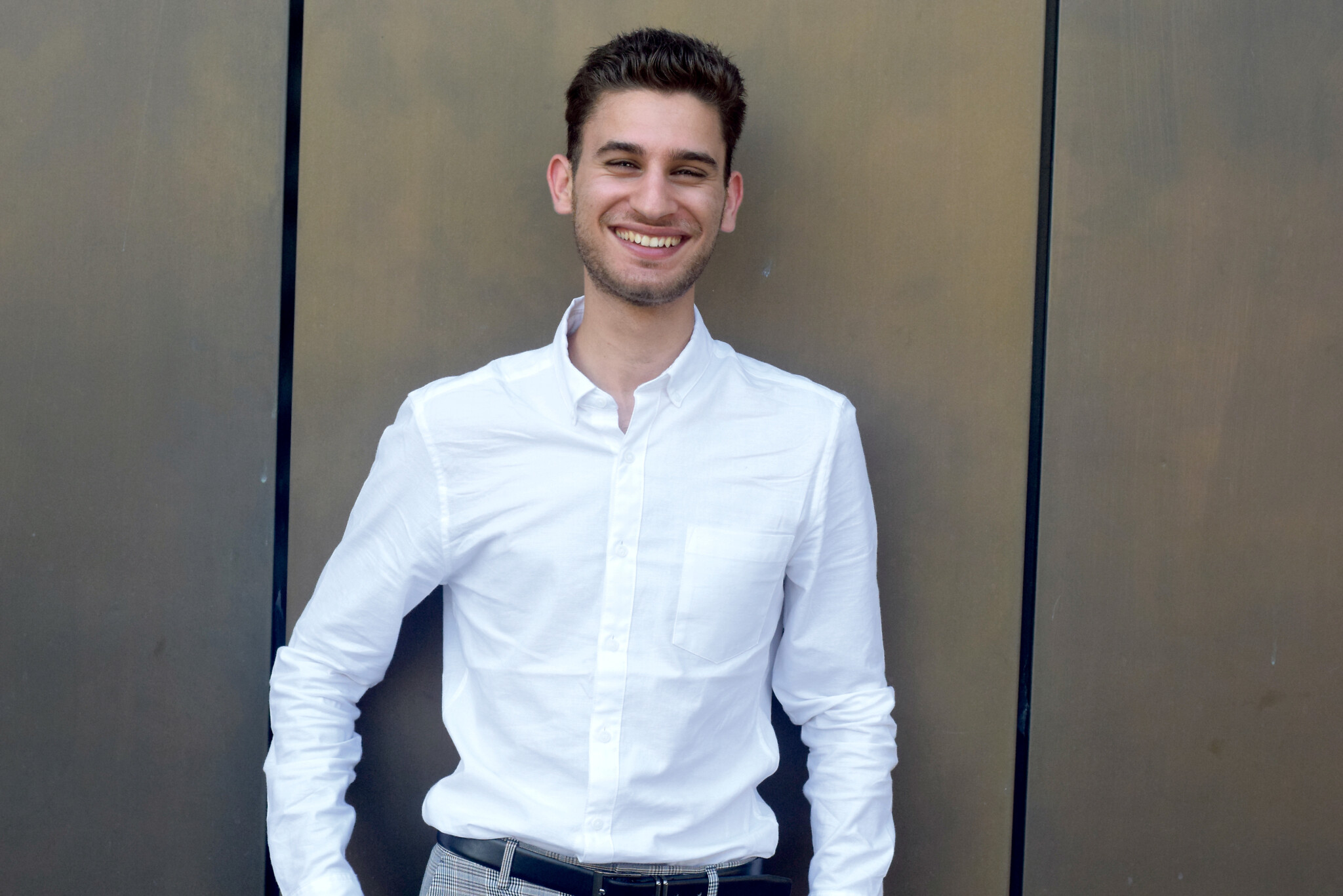 As Coventry University JSoc president, Bradley led the response to antisemitic incidents on his campus, appearing on the local BBC radio station. A former member of the NUS Democratic Procedures Committee, the 22-year-old is currently working at UJS training the next generation of activists. 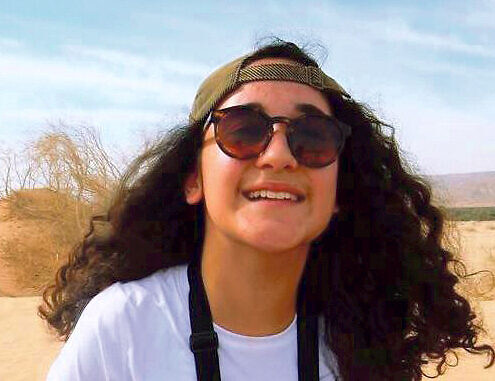 As a key voice in RSY- Netzer’s musical community, Charley co-founded Veranenu, a new musical prayer community. Now a movement worker with RSY, the 21-year-old is inspiring the next generation while modelling the skills needed to create a young adult Jewish community. 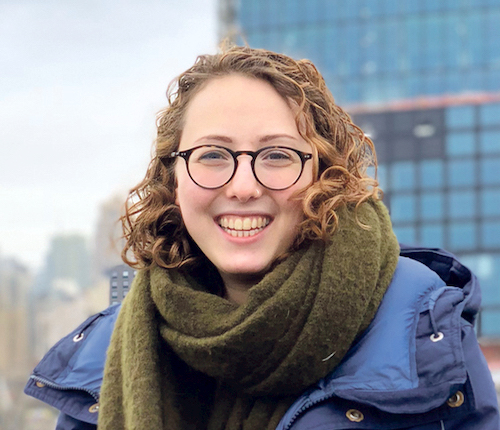 Daisy is a student rabbi in London, having enrolled in the prestigious Leo Baeck College as one of its youngest ever entrants. Highly involved in LJY-Netzer and a regular activist for social justice, the 24-year-old is undoubtedly one to watch in communal spaces for years to come. 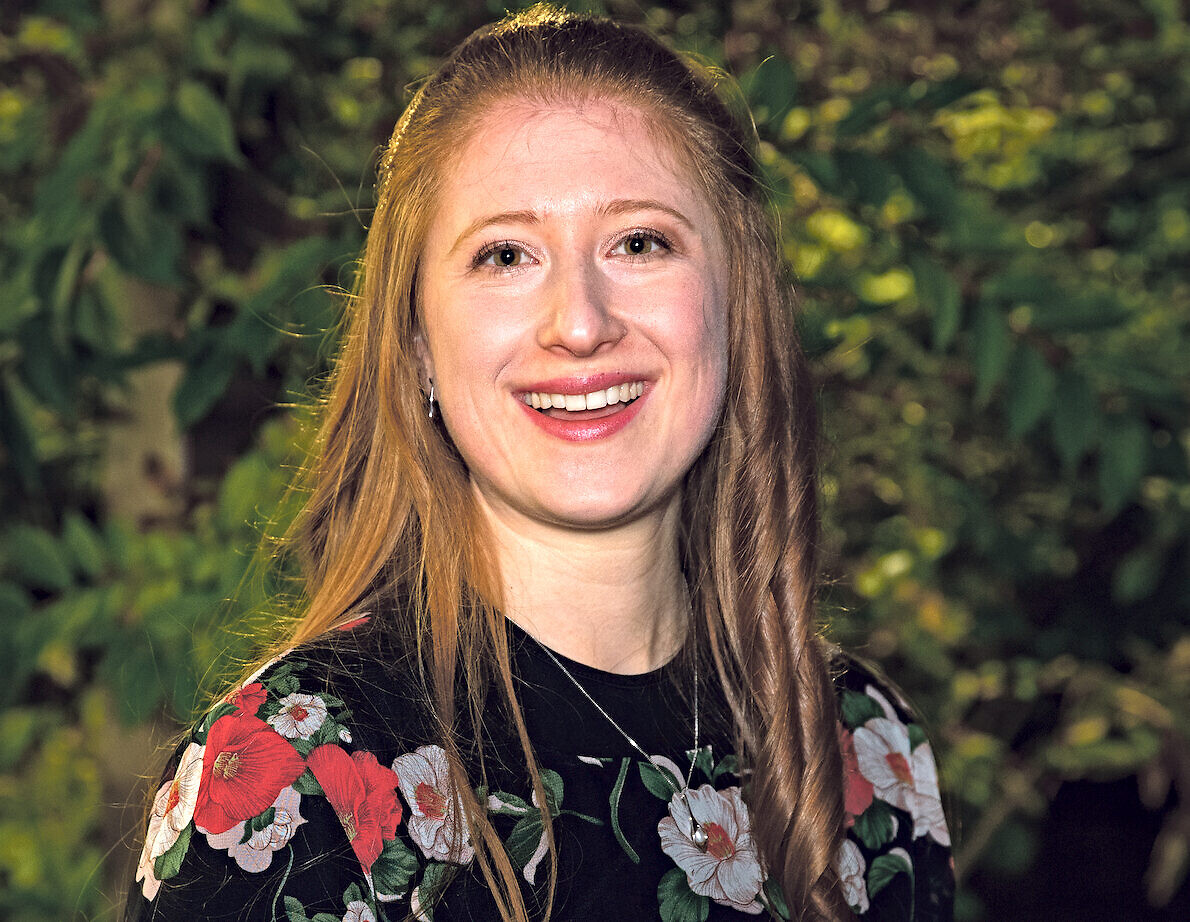 Praised as a “brilliant teacher, madricha and informal educator”, Devorah has devoted her life to educating children and teenagers in the Jewish community. A former youth director at Watford Synagogue, Devorah currently teaches at Sacks Morasha JPS while supporting Tribe camps, Shabbatons and her local community. 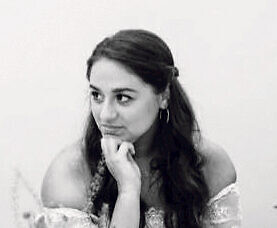 As leader of the LSE Women’s Interfaith Group and president of LSE Voices of Israel-Palestine Society, Emily has successfully brought together students to expand interfaith dialogue across campus. The 20-year-old is also a Yachad Fellow and has a promising future in progressive communal leadership. 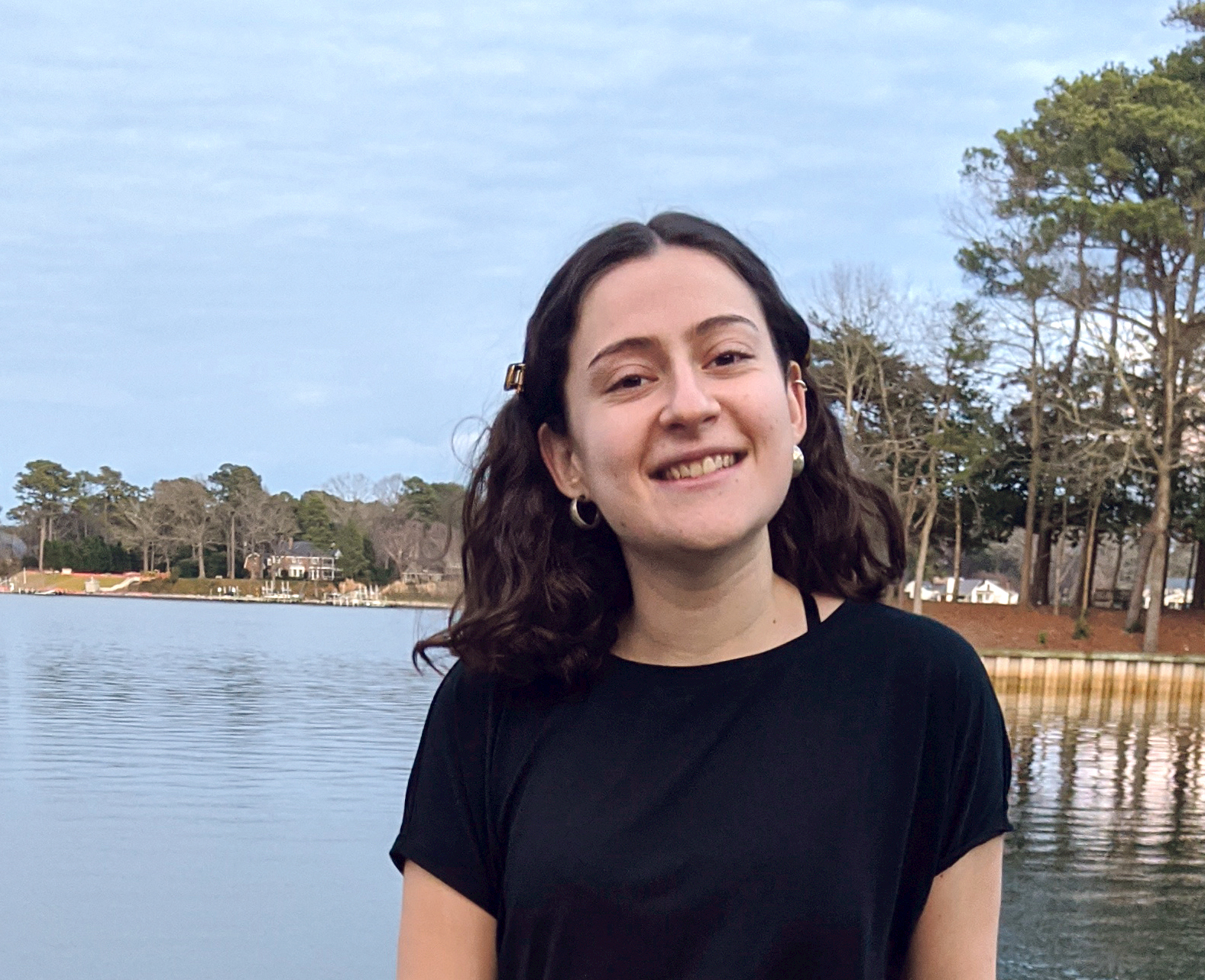 Emma is the co-founder of Summer Hype, a week-long residential camp for underprivileged young people from Hackney. Each year, the 23-year-old successfully fundraises, administers, and trains camp leaders, ensuring that participants leave camp better able to manage their emotions and with improved communications skills. 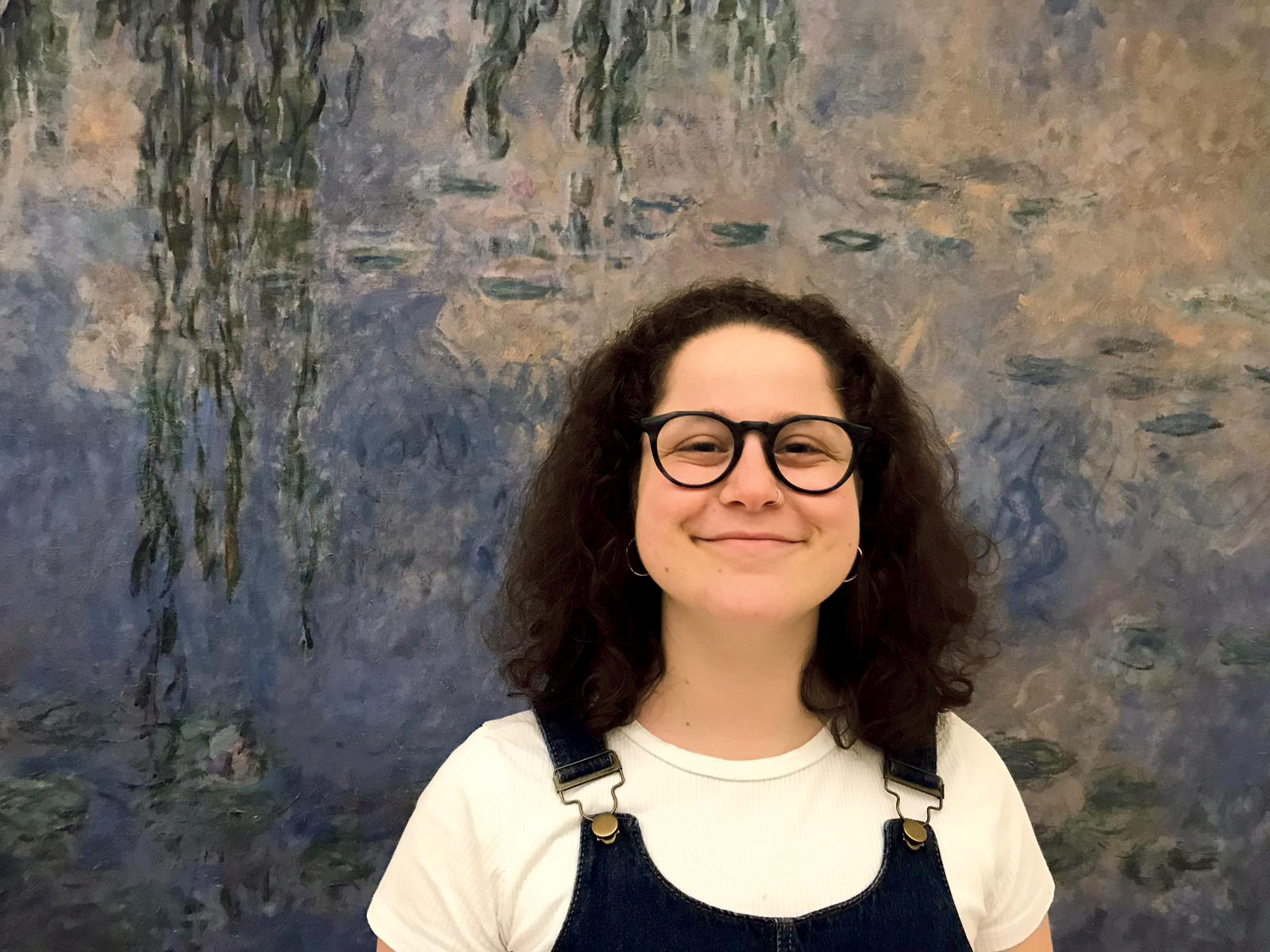 As youth & student outreach worker at Yachad, Esther regularly reaches out to thousands of young people, transforming the Israel-Palestine conversation nationwide. The 24-year-old has previously worked on the fundraising team at Marie Curie, and campaigned for equal education opportunities at the University of Manchester. 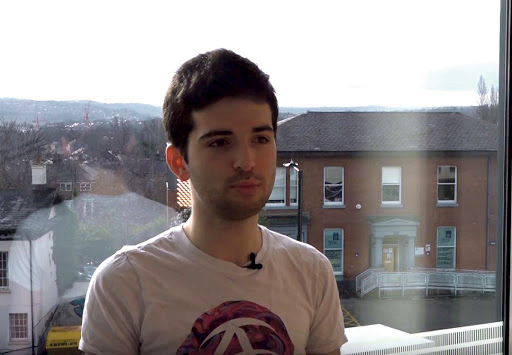 As co-chair of Sheffield University JSoc, Gabe received widespread acclaim for successfully blocking Chris Williamson from addressing students on campus in 2018. His campaign highlighted the antisemitic beliefs held by the disgraced former MP and the impact that Mr Williamson’s address would have on Jewish students. 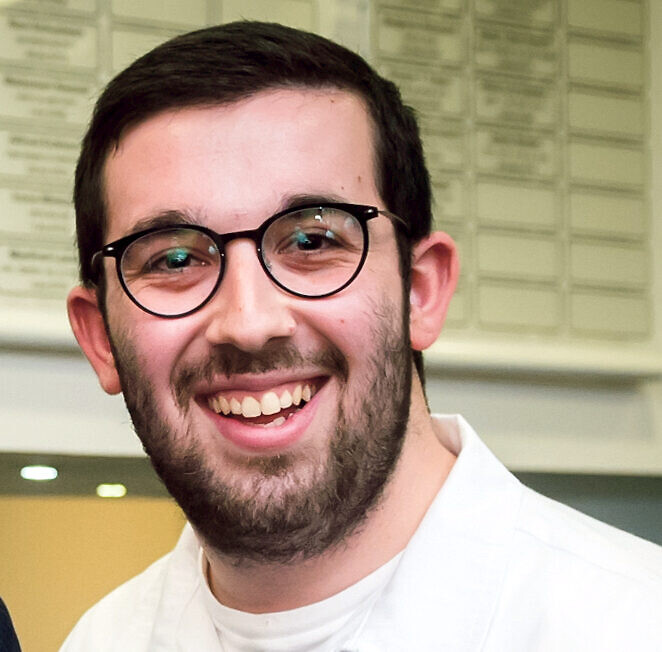 Praised as a “leading dynamic educator”, Harry served as the head of the National Executive Committee of Bnei Akiva UK from 2018 to 2019. The 22-year-old has also helped to deliver numerous programmes for Mizrachi UK, including the Weekend of Inspiration that engaged more than 5,000 people. 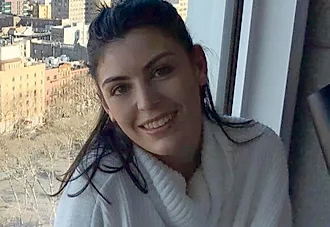 A “phenomenal leader making a real difference”, Imi is the first female to be elected mazkira of FZY for two terms. The 21-year-old is also a top netball player, and is considering studying for a Master’s degree in international relations at an Israeli university following her movement work. 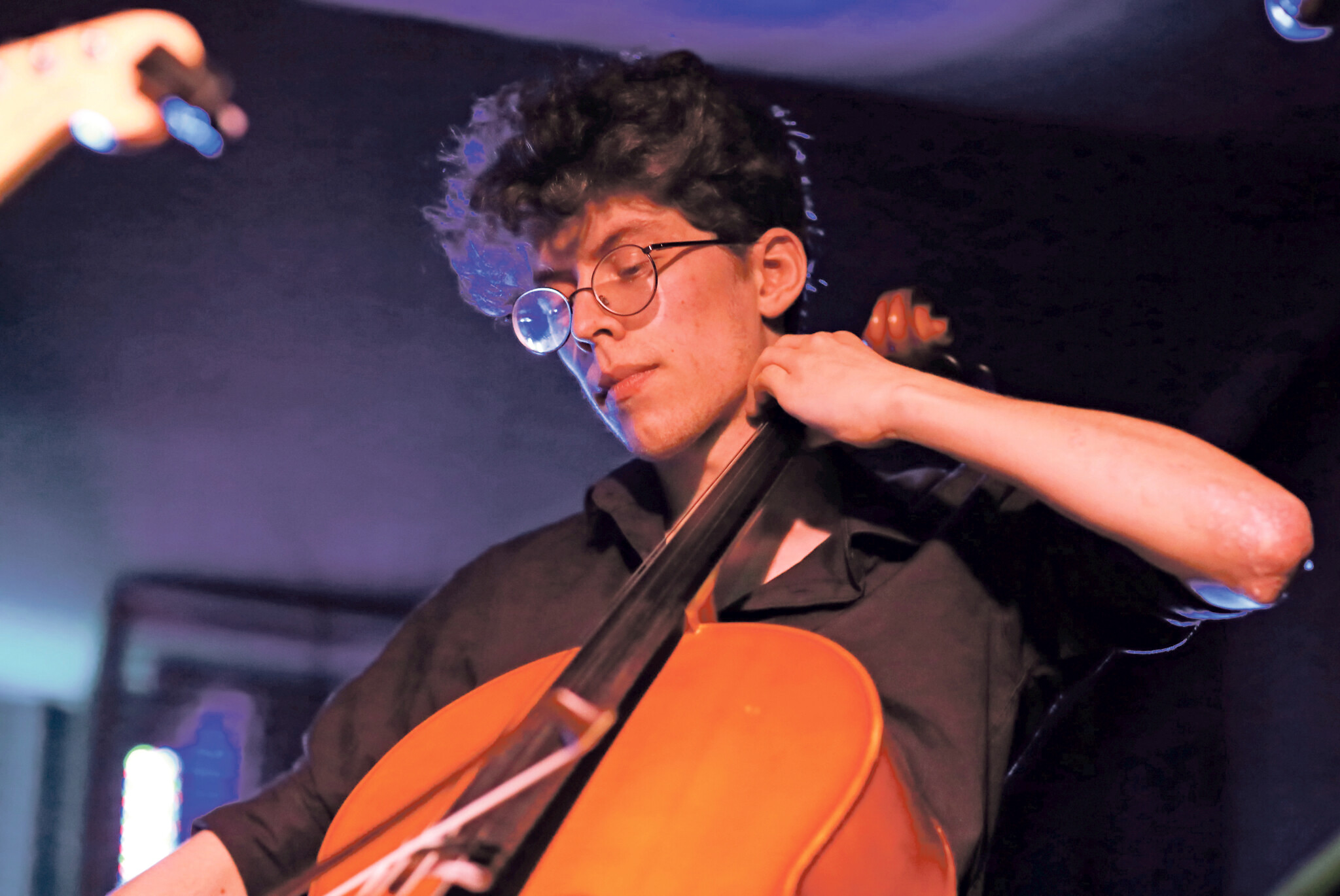 A musician and community educator, Isaac is the co-founder of Kolot haKahal, which provides Sephardi Jews in London with a space for religious and cultural engagement. The 21-year-old has successfully set up an egalitarian minyan and even created a Siddur, breathing new life into the UK’s egalitarian Sephardi community. 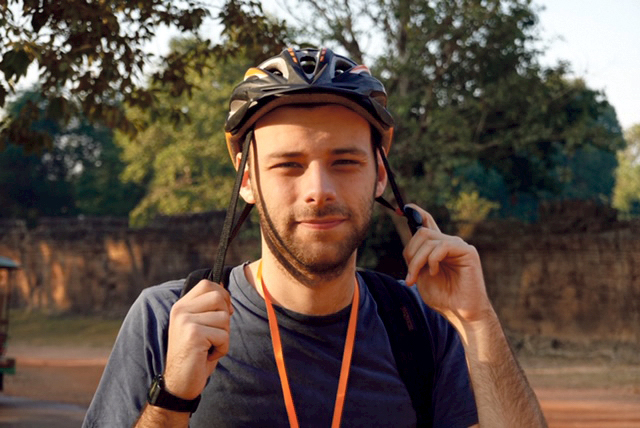 Jake was instrumental in heading up the campaign organisation seeking to elect Luciana Berger as MP for Finchley and Golders Green in the 2019 general election. The former Noam project manager and youth worker is highly regarded and is currently working as a public affairs officer at the Holocaust Education Trust. 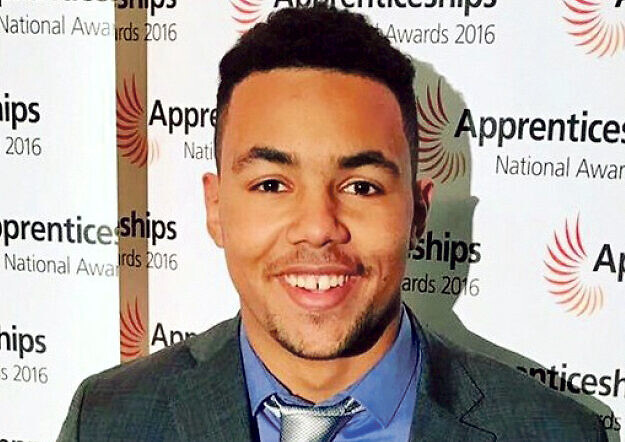 A motivational speaker who “inspires people of all ages”, Jodeci was told aged 10 that he was Jewish. Having attended a secular school, he moved to Ilford Jewish Primary School. The 22-year-old has movingly recalled his story ever since. 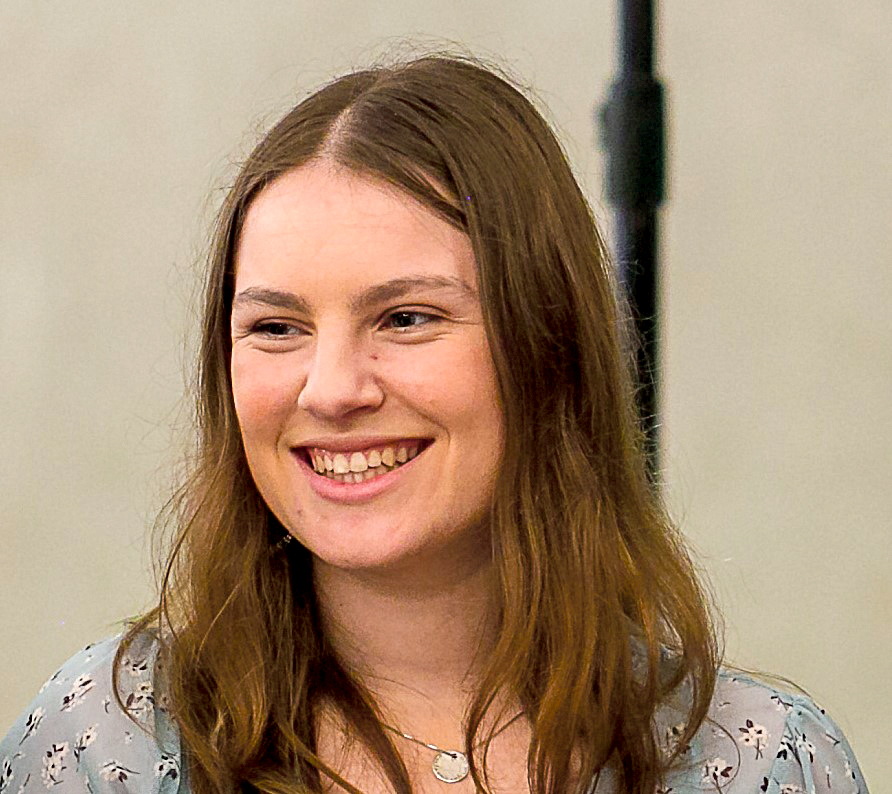 A “one-woman wonder”, Jodie is a former Nivcheret Hanhallah at Bnei Akiva (BA), where she monitored the movement workers and ran events for alumni. The 21-year-old was JSoc chairwoman at Leeds University and currently sits on the Board of Deputies as the representative for BA. 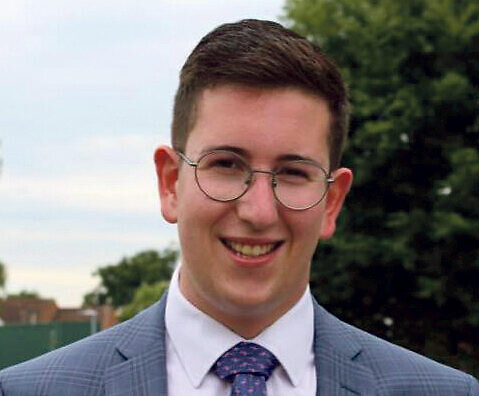 As JLGB National Youth president, Josh was made an #iwill campaign ambassador in recognition of his dedication to social action activities. The 18-year-old is also JLGB’s ‘evolve’ youth lead. He interviewed an expert panel about the importance of youth social action and female empowerment. 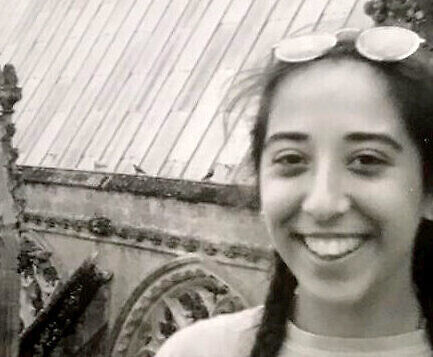 Lauren is the “trailblazing” founder and director of ‘What’s a Pound’, which aims to get university balls to add £1 on to ticket prices to be donated to a local homelessness charity. ‘What’s a Pound’ has now spread to seven UK universities and even one in Australia. 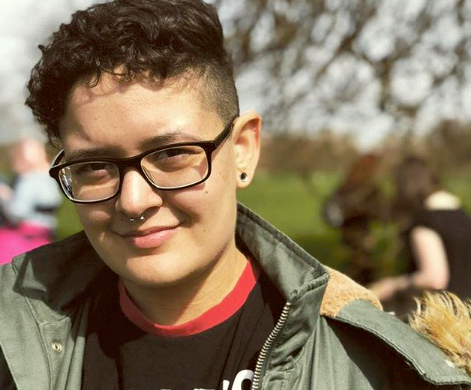 Luke is a leading advocate for the Jewish LGBT+ community, supporting organisations and featuring in national media interviews to raise awareness of transgender issues. He also volunteers with JLGB, spending hours every week helping young people develop their personal skills. 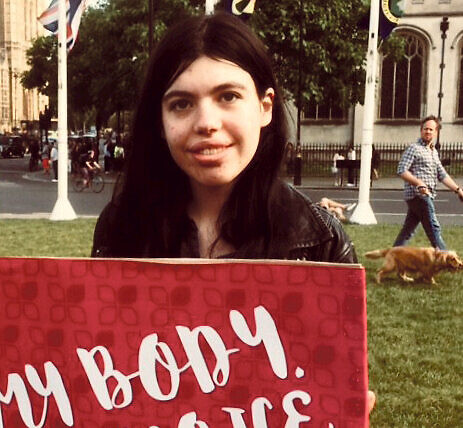 As the Jewish Labour Movement’s youth officer, Luisa “fearlessly” exposes antisemitism online and in person, striving to make politics a safer space for Jews. The 20-year-old is also treasurer of Young Fabians, a section of the Fabian Society, and an executive member of London Young Labour. 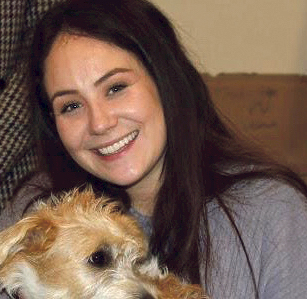 Martha is the former parliamentary officer for the Conservative Friends of Israel, and now works in the House of Commons for Alicia Kearns MP. The 22-year-old is an “effective and dynamic” supporter of Israel and campaigner against antisemitism, and is tipped for a bright future in politics. 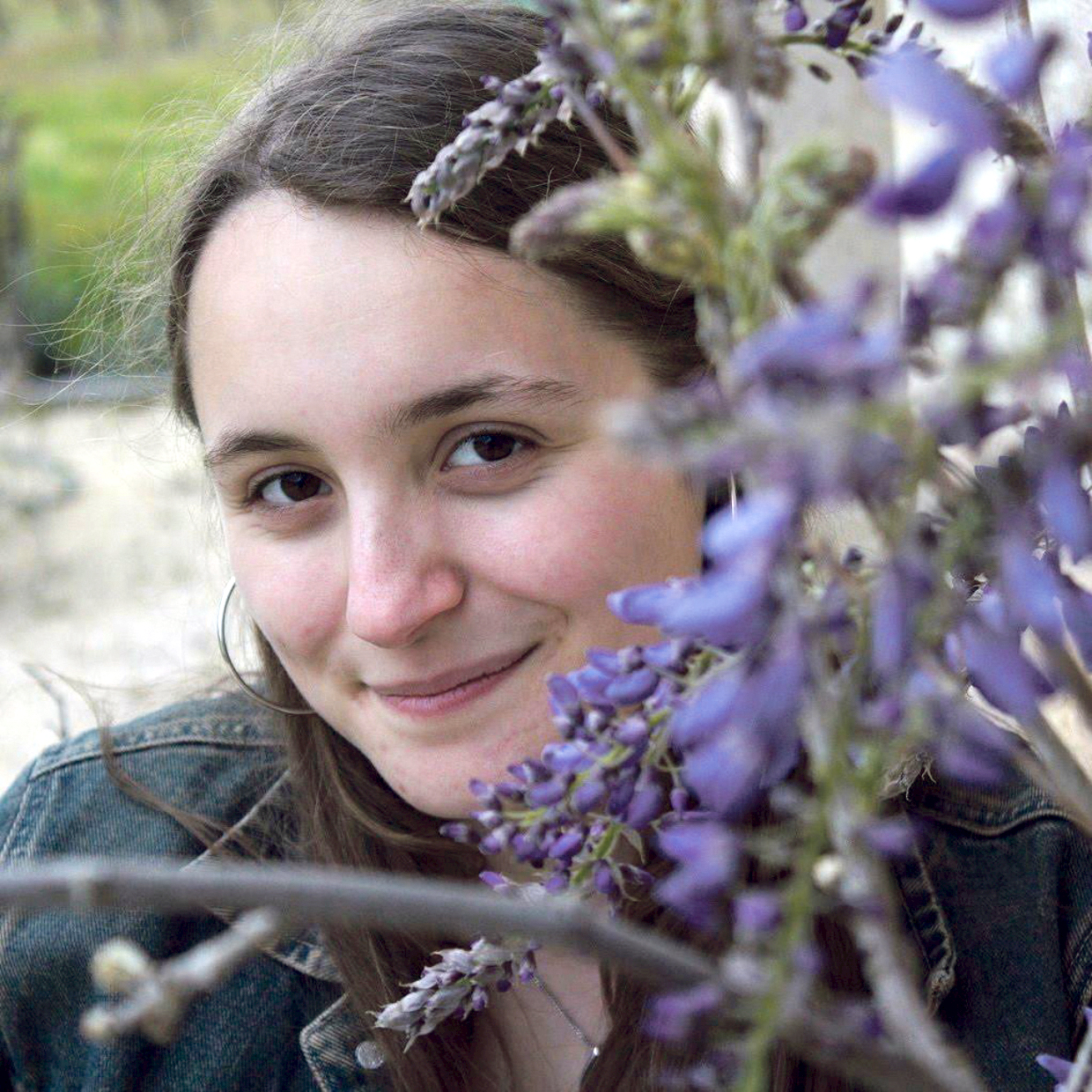 A “total inspiration to the community”, Shulamit is the co-founder of Extinction Rebellion Jews, where she campaigns on environmental issues from a Jewish perspective. The 24-year-old also leads the B’Yachad services at Finchley Reform Synagogue, where she provides an inclusive environment for people with learning difficulties and neurodiverse conditions. 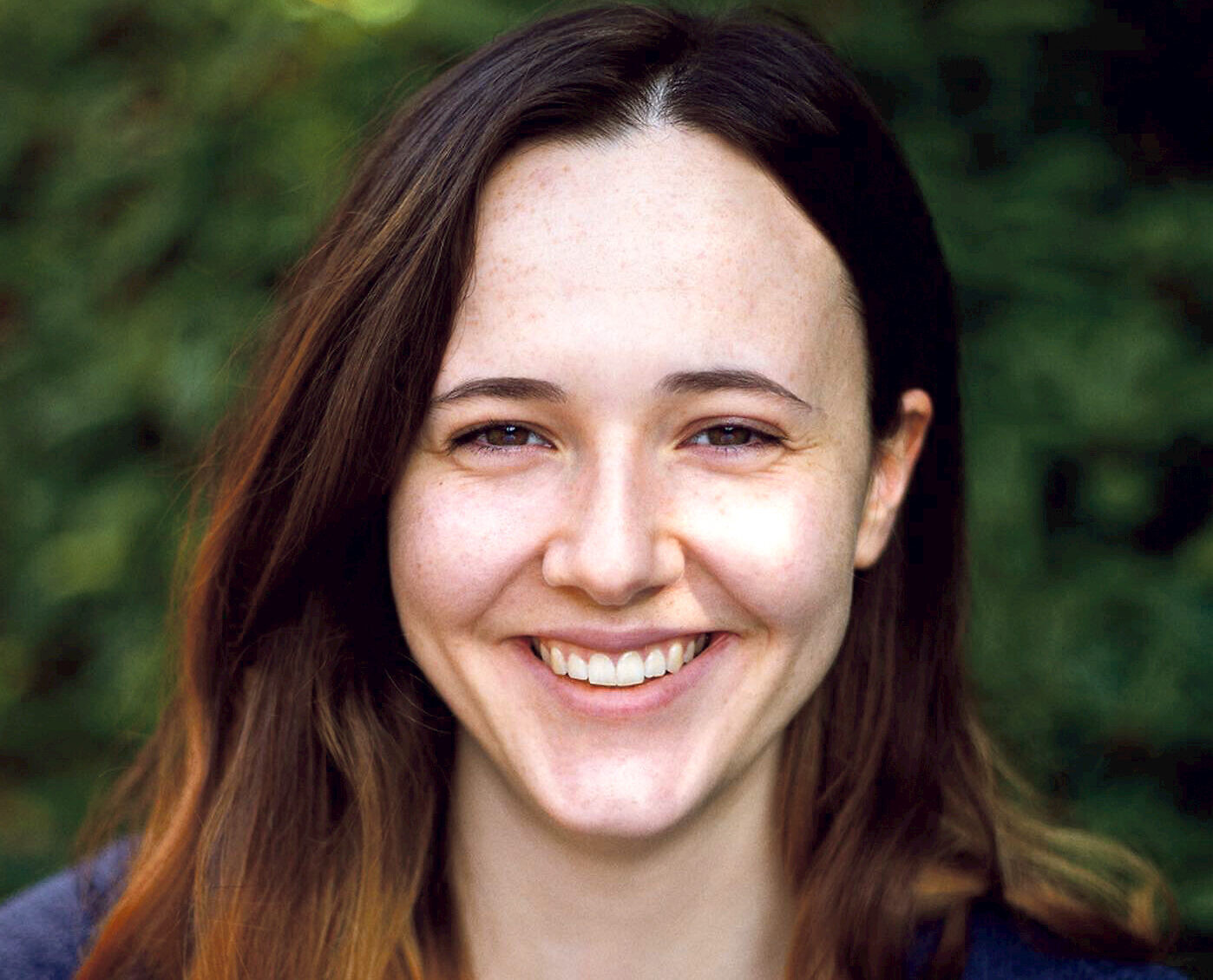 Tessa is a remarkable activist, integrating Jewish values into her “extraordinary” campaigns. She was named in Parliament for her women’s rights activism and has campaigned with Our Future Our Choice to highlight the environmental impact of Brexit. The 21-year-old was also instrumental in the campaign to suspend the former MP Chris Williamson. 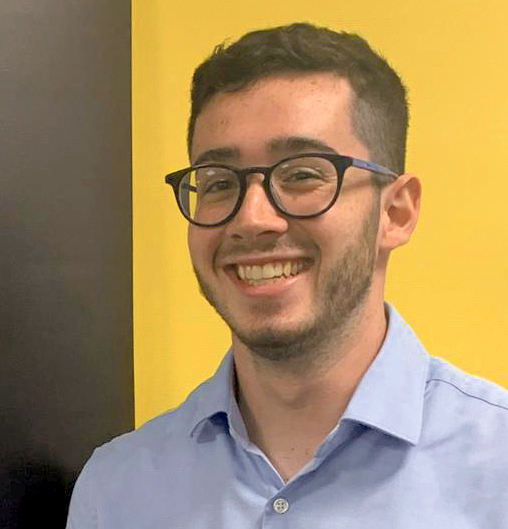 Working in the Jewish informal education programme department in JFS, Tobias is a regular inspiration to his pupils. A “rising star” with a bright communal future ahead, the 20-year-old is a former Tribe fieldworker and previously ran the Duke of Edinburgh Awards at JLGB, where he engaged more than 900 young participants. 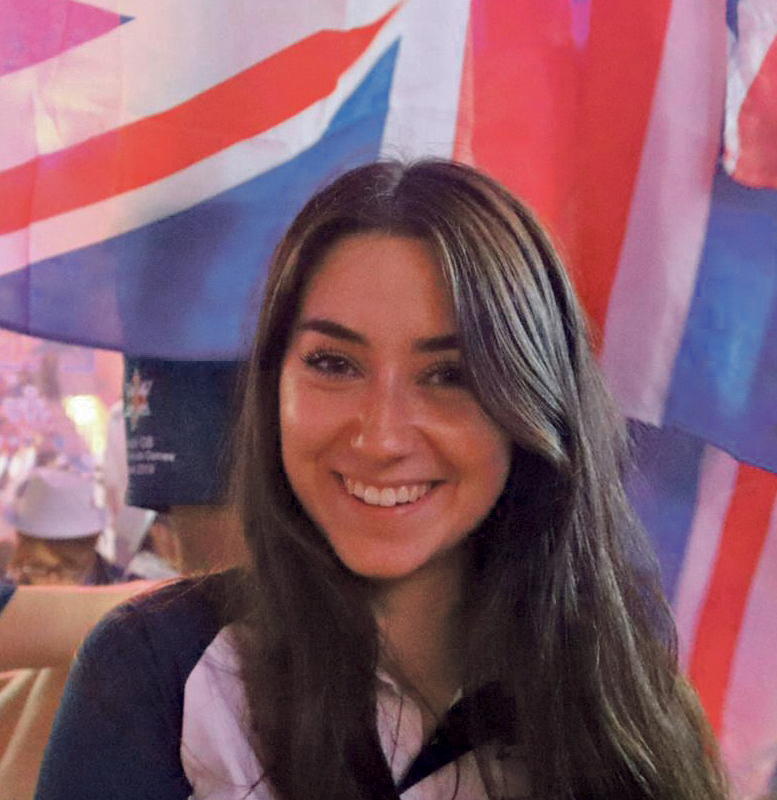 As the Youth Engagement Manager at Maccabi GB, Yvie regularly visits schools to deliver sessions on internet safety and antisemitism. The 24-year-old has also developed the European Maccabi Confederation ‘Future Leaders Forum’ and, through her multifaceted approach to leadership and education, continues to influence the Jewish community.