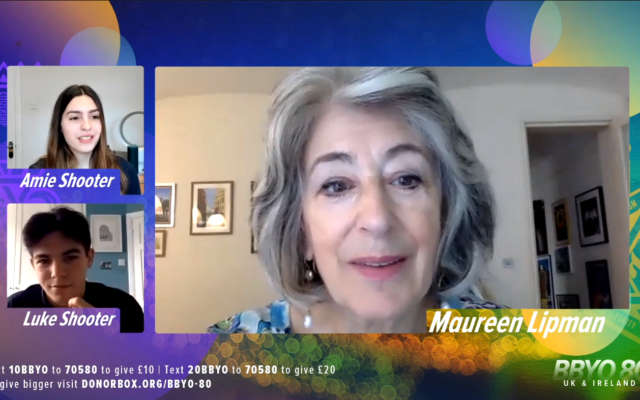 Jewish youth group BBYO celebrated its 80th birthday last night with a star studded line-up from the worlds of entertainment, politics and business.

Coronation Street star Maureen Lipman warmly recalled her time in the BBYO Hull Chapter: “There were only three shuls in Hull growing up and so BBYO was a way for younger people to get together. We did community outreach work and it was always incredibly exciting going to conventions in Leeds and Manchester.”

The 75-year-old added that her experiences with BBYO had shaped her career: “When you get to university you‘ll use your skills. BBYO is a good platform because you can fail in front of your friends and get over it!” 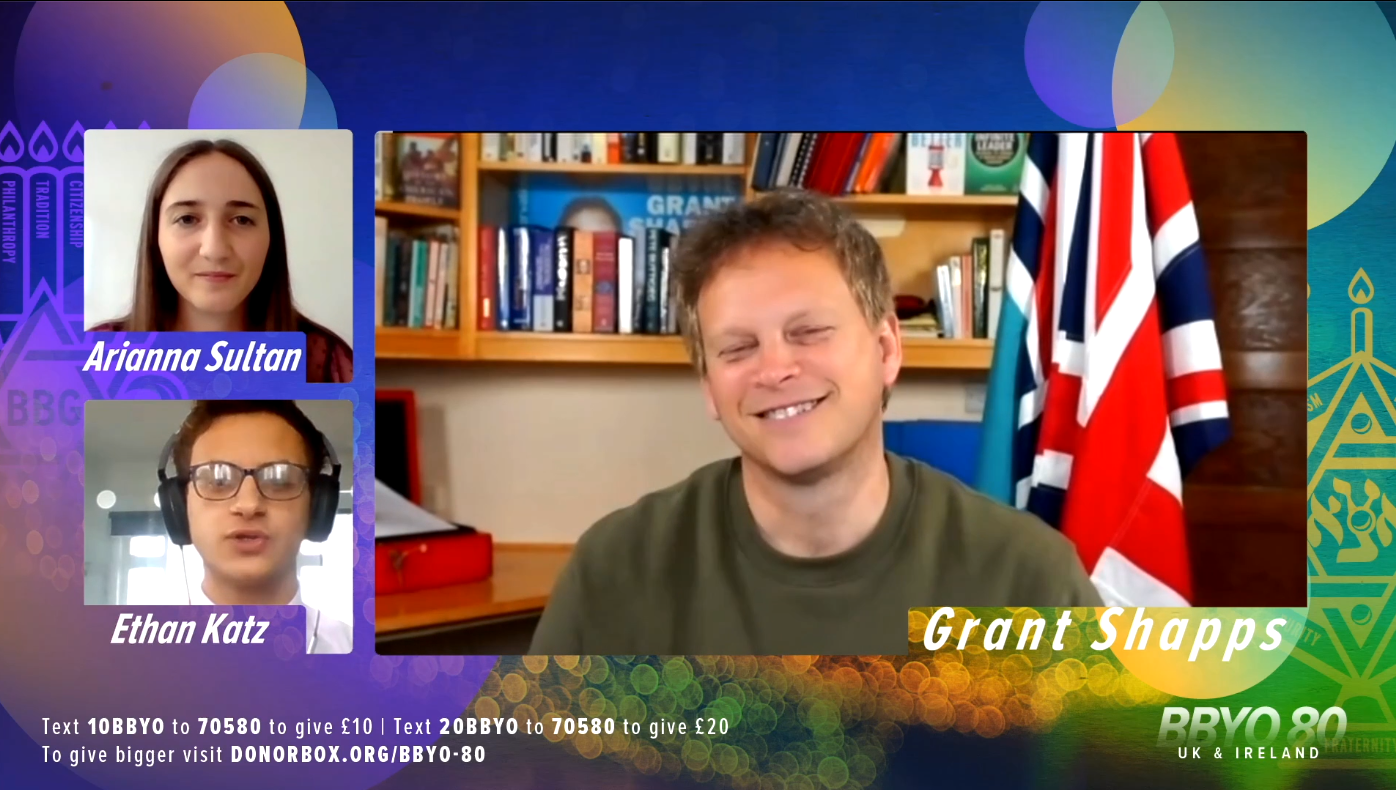 The former Pinner Chapter President recalled: “I absolutely loved BBYO from the moment I stepped into the door aged 16- mainly because there were no adults there which was cool!

He added: “Although I knew I wanted to become an MP, the thing which gave me both the skills and confidence to do the job was my experience at BBYO. It converted it from being a vague hope or dream to something I really thought I could do.

“I learnt how to run meetings, use an agenda and received valuable training at conventions.

“Without BBYO I almost certainly wouldn’t have become an MP and ultimately Transport Secretary today.”

Media partnered by Jewish News, the virtual event sought to raise £100,000 to secure the movement’s future. 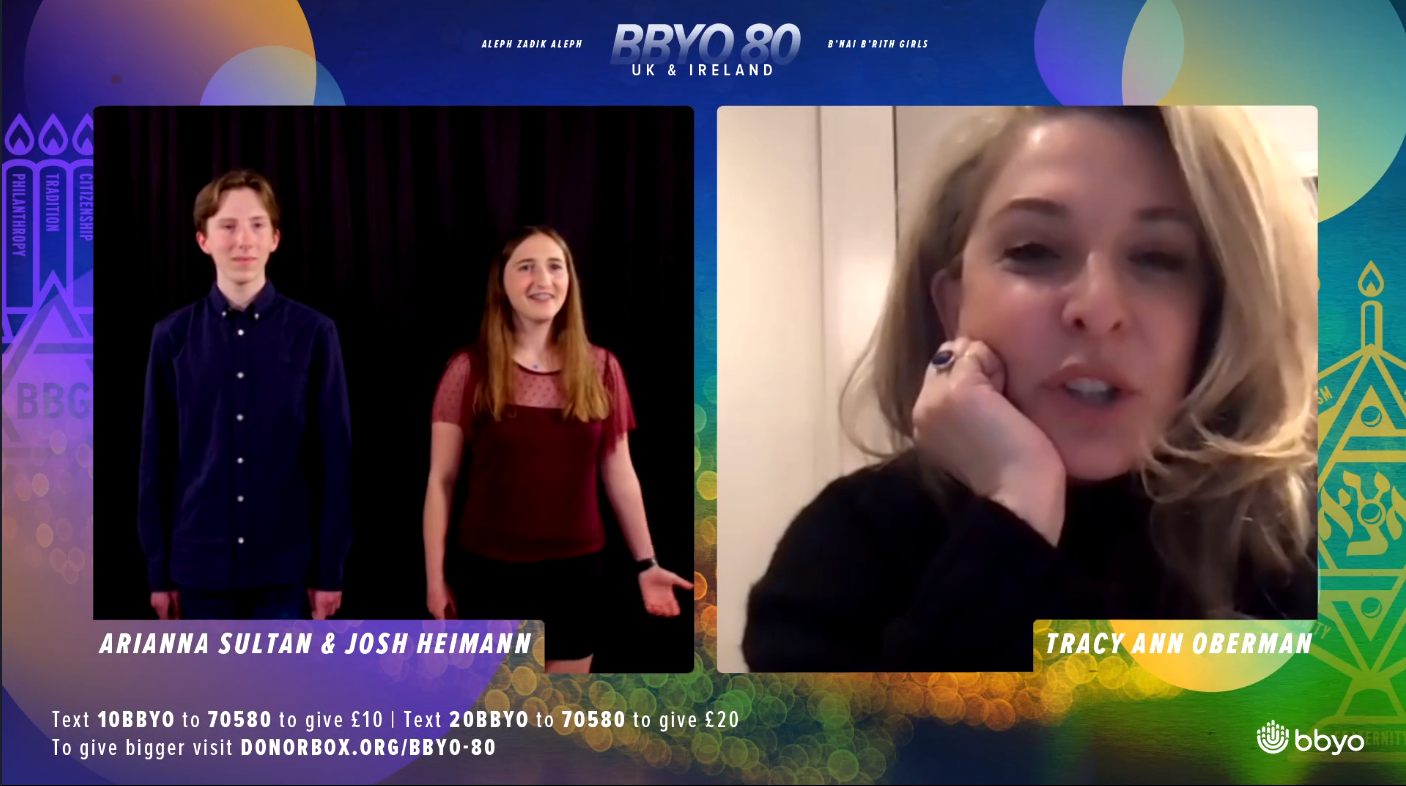 The hour-long live show also included ‘National President Guess Who’, a magic trick, and interviews with BBYO members in Malta and South Africa.

Friday Night Dinner star, Tracy-Ann Oberman, told the fundraiser that her time in BBYO in the 1980s “made me who and what I am.”

She explained that she was still best friends with “loads of people I met there”, many of whom “found their own creativity and voice, because of what BBYO gave us.”

Lord Morris of Kenwood, BBYO Director, reflected: “Our mission is to build leaders who will embody and strengthen our values within the Jewish and wider community. Over the past 80 years, BBYO has shaped the confidence and character of tens of thousands of alumni.

“However, the last 14 months have been profoundly challenging for us. Our ability to engage and inspire the numbers of young people we aim to reach has been significantly curtailed.

“Our priority now is to look forward and seize the phenomenal opportunity which lies ahead of us.

“That opportunity is to create the UK youth movement of the 21st Century, built on our tradition and core values of inclusivity, pluralism, activism and Jewish identity- and of course fun and enjoyment!”

BBYO members and alumni concluded the night by reconnecting in virtual break-out rooms split by decade going back to the 1970s.