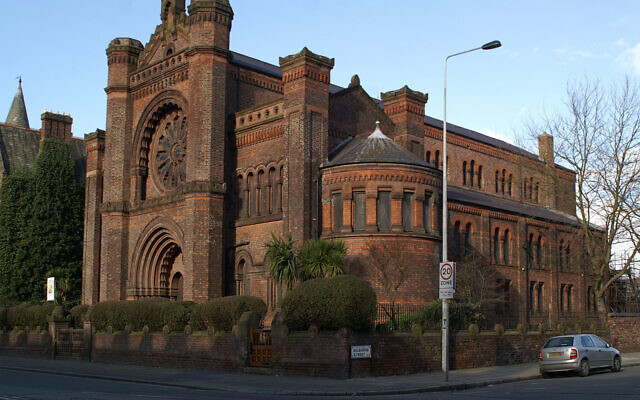 A transgender woman agreed to be the 10th male in a synagogue minyan after the rabbi ruled it was acceptable as she was born a man.

The unnamed woman was included in the 10-person minyan (the minimum number of males required to comprise a Jewish congregation) at Liverpool’s Princes Road synagogue Tuesday 21 September, the first full day of Succot, the Jewish Telegraph reported.

The synagogue’s Rev Yigal Wachmann told the newspaper: “According to Jewish law, she can be counted in a minyan and we were one person short. We took into account her sensitivities. I asked her permission so as not to offend her. She was fine with it.”

The newspaper said she sat in the synagogue’s ladies section for the entirety of the service and quoted Dayan Gavriel Krausz, former head of the Manchester Beth Din, who said she could be included in an all-male minyan provided she adheres to the tenets of the religion. However, he is quoted as stating: “A man cannot become a woman just by an operation. If you are born a man, you are a man.”

Krausz also called cross-dressing “despicable” and added that “he” could be included, but “should not get an aliya (a invitation to stand at the bimah, the holiest place in the synagogue where the Torah is kept).”

Princes Road synagogue is independent and not affiliated to any movement.

Dalia Fleming, Executive Director of Keshet UK, a charity supporting Lesbian, Gay, Bisexual and Transgender (LGBT+) Jews, said: “It’s always good to see Jewish communities such as Princes Road welcoming and including their trans members. KeshetUK is supporting UK Jewish communities to do this well, making sure that the needs of Jewish LGBT+ people are met. There’s no one model that works for every community or Jewish trans person, and many communities are just starting to work this through. In the meanwhile, KeshetUK really wants to see these conversations are reported sensitively and kindly, to avoid causing hurt to LGBT+ people, and to give communities and their LGBT+ members time and space to create an authentic approach that works for them.”

Josh Levy, lead rabbi at Alyth Reform Synagogue, said: “In Reform Judaism, gender is not a factor in whether someone can be included in a minyan. Any Jewish adult coming into one of our synagogues will be welcomed as a full part of our praying community.”