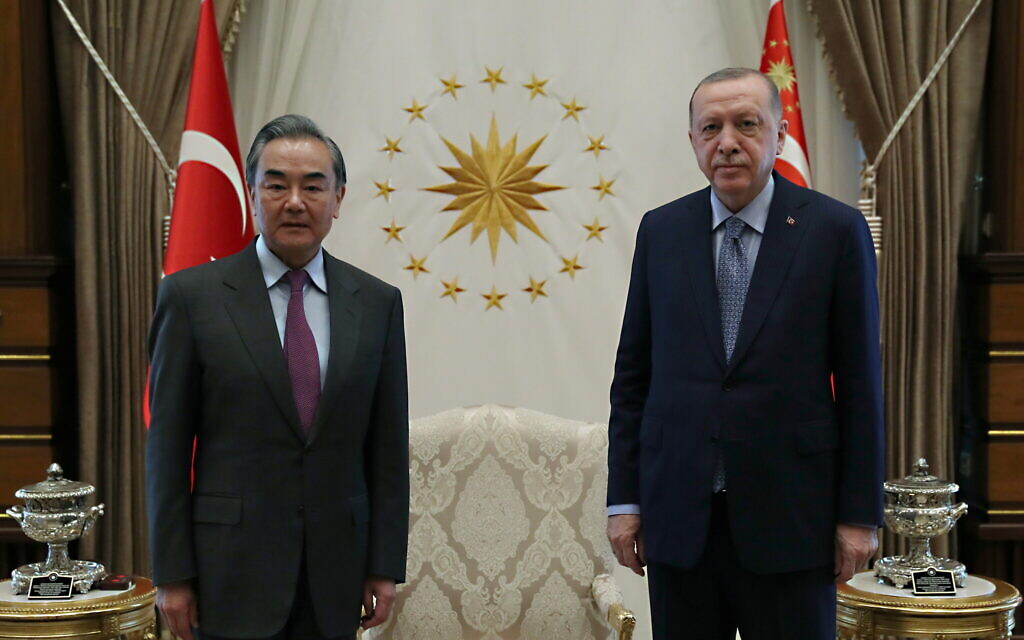 China’s treatment of its Uyghur minority has been an emotive topic in Turkey for many decades, long before the issue came to wider attention in the West.

It’s because of ethnicity: many Turkish people trace their ancestry to Central Asia and share a centuries-old heritage not just with Uyghurs but other regional nationalities like Uzbeks, Kazakhs and Turkmens.

Even today, their languages have many words in common and, of course, they share a religion.

The Uyghurs’ plight is raised often by nationalist politicians in Turkey whenever the authorities seek to build closer ties with China — and in recent months, those links have become closer than ever.

Turkish banks are increasingly reliant on Chinese credit and the majority of COVID-19 inoculations are provided by Sinovac, the vaccine developed in China.

Then there is the question of an extradition treaty between Turkey and China that was signed in 2017. It was ratified by Beijing last year, but the Turkish parliament has not yet followed suit.

Uyghurs living in Turkey fear that with President Recep Tayyip Erdoğan’s government increasingly dependant on Chinese aid and money, the treaty could be waved through — resulting in their deportation.

China is becoming more assertive in the Middle East and it has certainly shown it is increasingly willing to interfere in Turkish politics.

Last week, its embassy directly criticised two opposition politicians — including the mayor of Ankara — for campaigning on the Uyghur issue.

And when Foreign Minister Wang Yi visited Turkey last month as part of a six-country tour of the region, the unratified extradition treaty was his top demand.

His efforts were unsuccessful, meaning Turkey was the only country on the tour where Yang did not announce a new strategic partnership.

But with a shaky economy and COVID-19 rates soaring in Turkey, many Uyghurs fear Erdoğan’s government will buckle under Chinese pressure.

Donations to the WJR Uyghur Refugee Urgent Appeal can be made at www.worldjewishrelief.org/uyghur