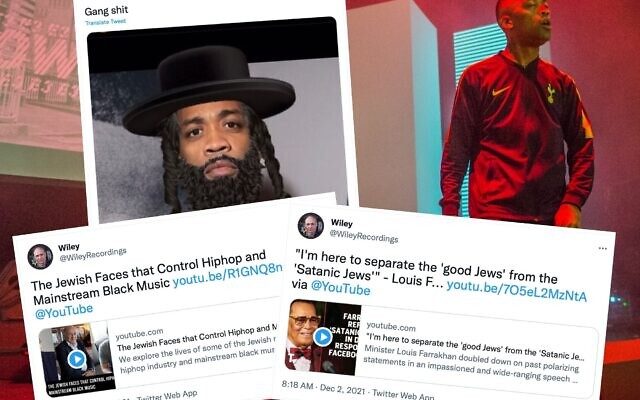 Twitter has suspended a new account set up disgraced rapper Wiley, which included a picture of him dressed as an Orthodox Jew and a fake beard and videos about “Satanic Jews” and “Jewish faces” controlling “black music”.

The social media giant took action after it was alerted by Jewish News and Campaign Against Antisemitism.

The account, called @WileyRecordings, was created despite Twitter having banned Wiley last year over a stream of antisemitic abuse on social media.

Content posted on the new account, before it was removed, included a video called: “The Jewish Faces that Control Hiphop and Mainstream Black Music” and a clip by notorious antisemitic preacher Louis Farrakhan, called: “I’m here to separate the ‘good Jews’ from the ‘Satanic Jews’”. 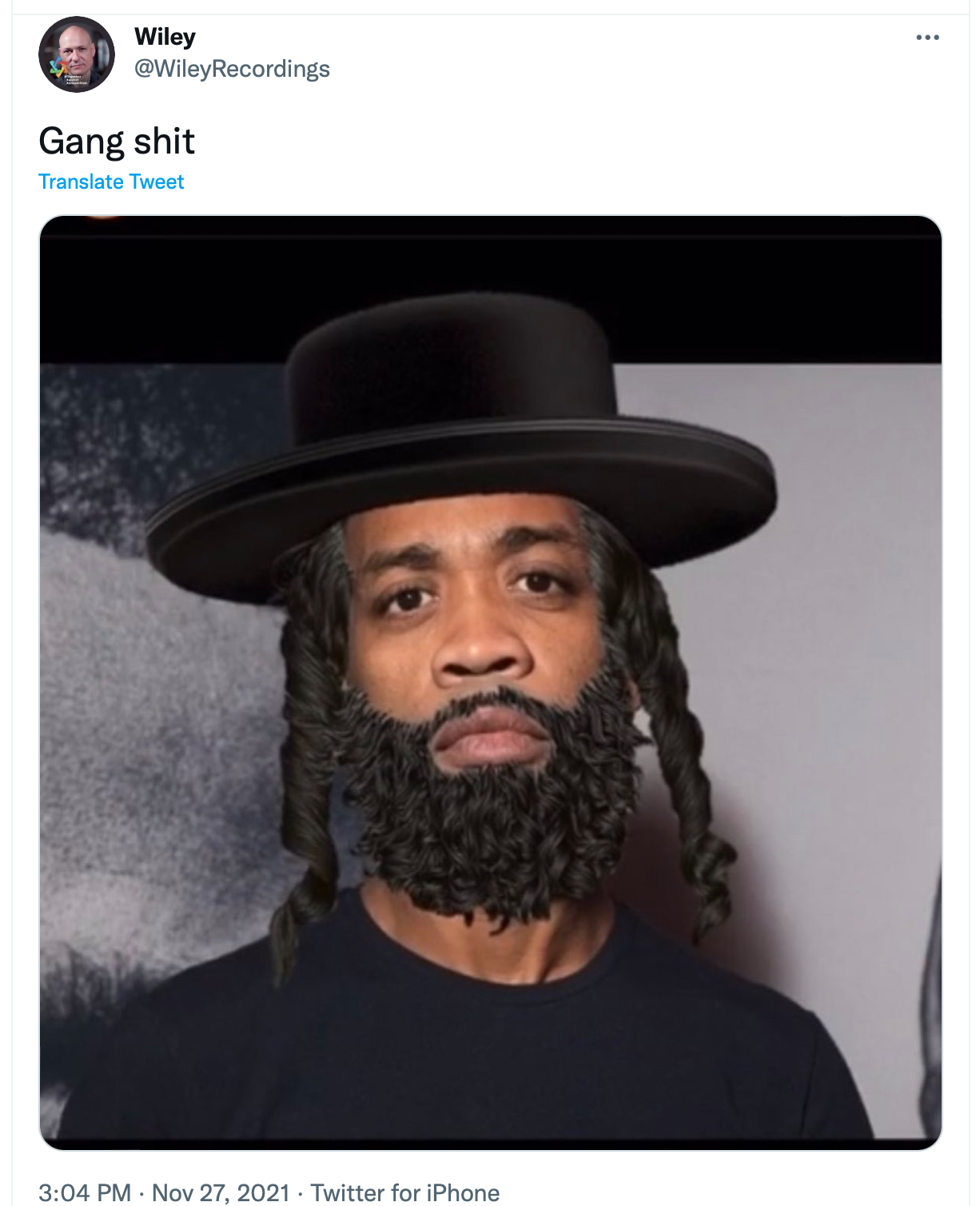 Other tweets included an image of Wiley dressed as an Orthodox Jew, before the account changed its picture to that of a senior figure from Campaign Against Antisemitism.

This comes after Wiley engaged in days of online hate in July 2020, during which he accused Jewish people of being “racist” and “cowards”, and asked if it was antisemitic “to say Jewish people have power”. 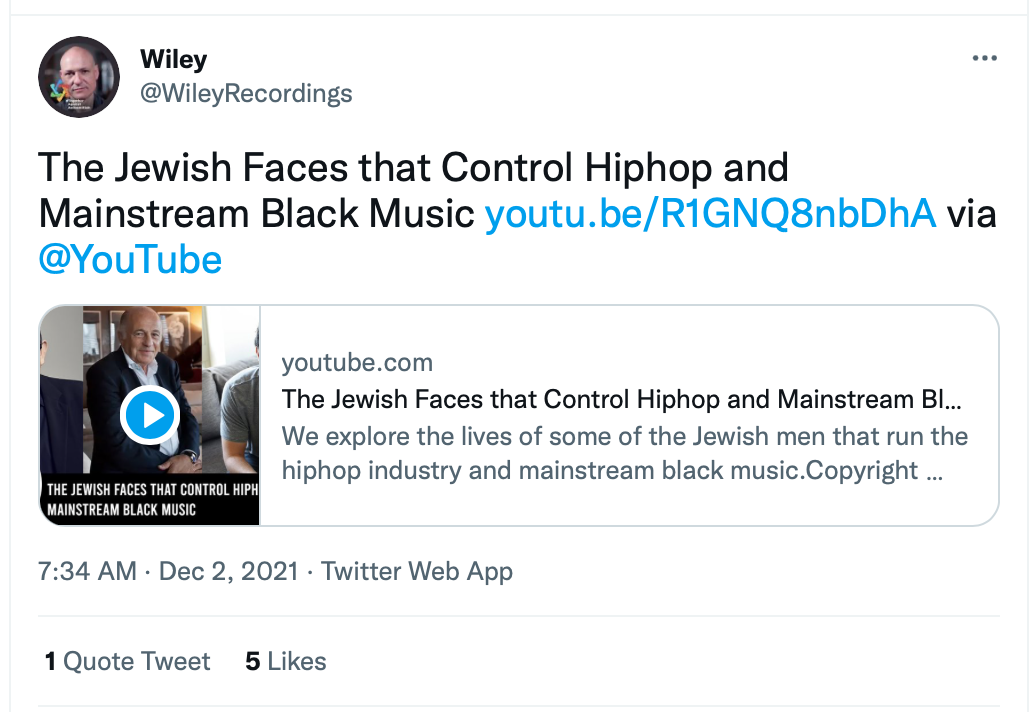 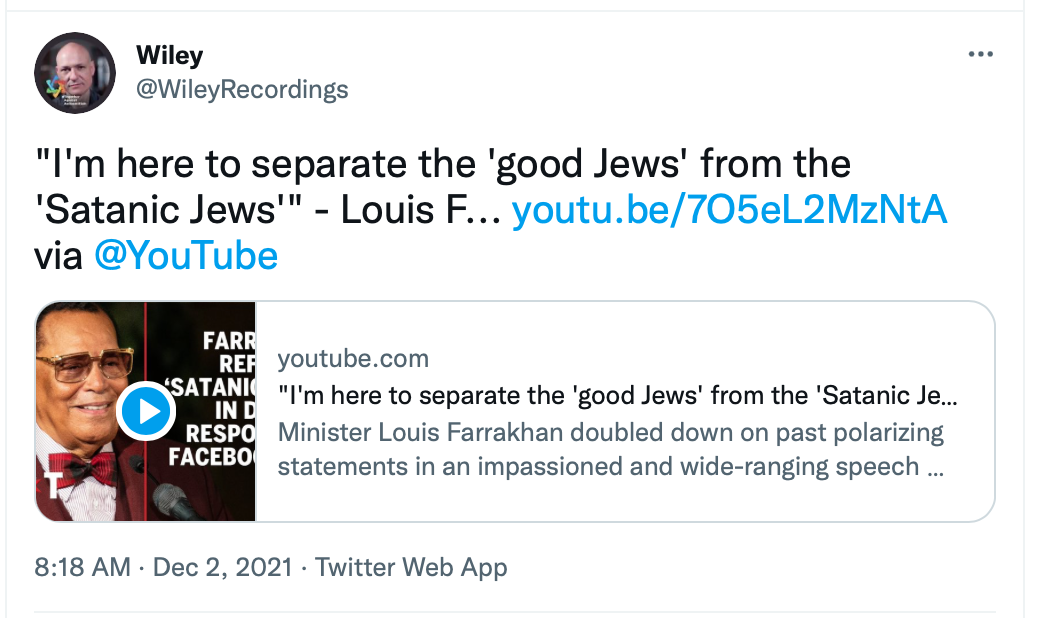 In another tweet he said: “If you work for a company owned by 2 Jewish men and you challenge the Jewish community in any way of course you will get fired”.

Alerting the social media giant to the new account, Campaign Against Antisemitism wrote: “Having promised not to allow #Wiley to return Twitter has allowed @WileyRecordings  to launch a new tirade about how to “separate the ‘good Jews’ from the ‘Satanic Jews’” and how “Jewish faces” control “black music”. 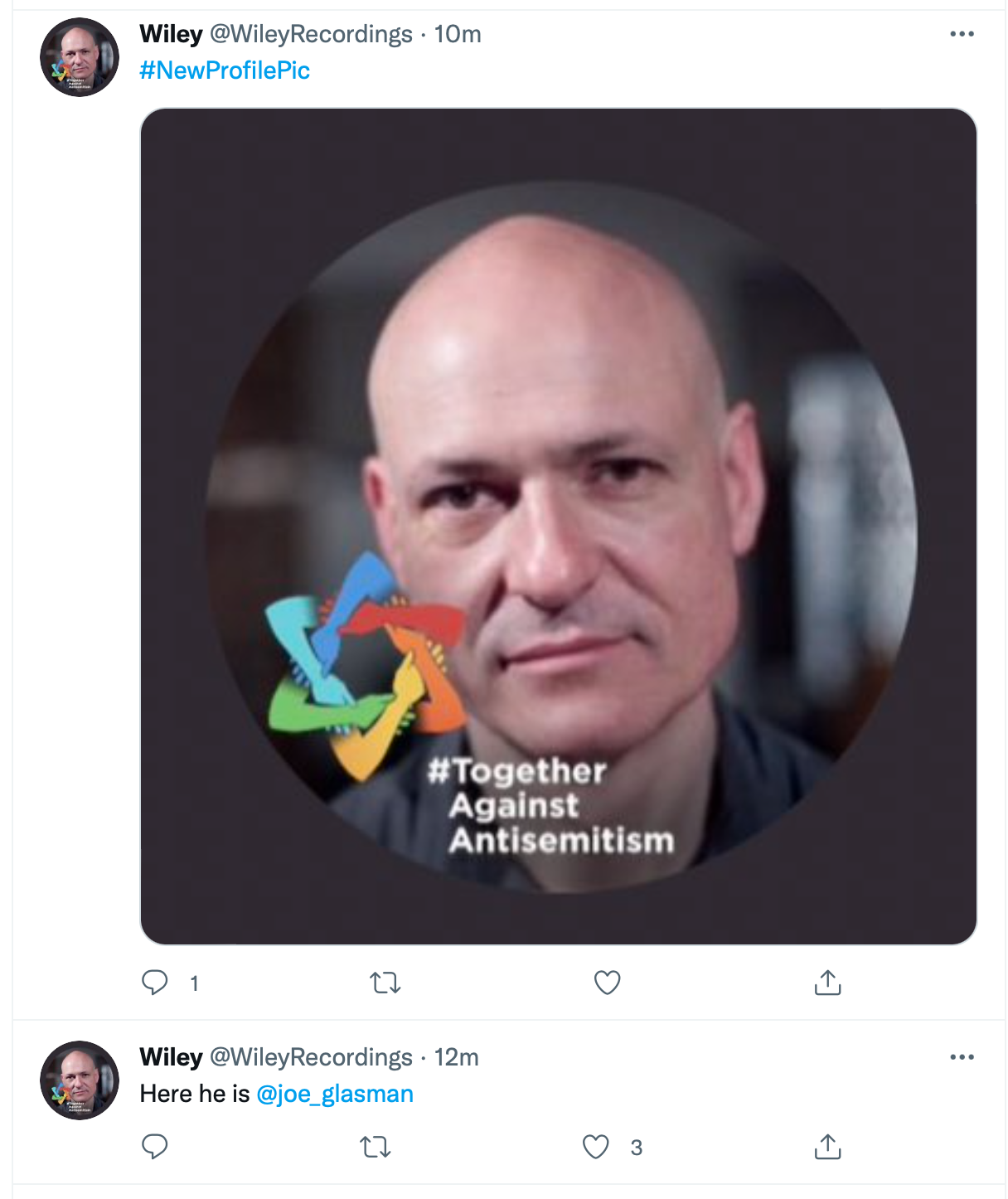 Wiley impersonating a senior figure from the CAA, changing his profile picture to Joe Glasman’s image.

A spokesperson for Campaign Against Antisemitism said: “The antisemite Wiley has been able to return to Twitter and spout racist hate, even adopting the image of one of our personnel as his profile picture.

“Twitter has suspended his account after we called on the platform to do so, but the company has failed to prevent him joining the platform repeatedly over the past year, despite its pledges to ban him. The company continues to ignore a wide range of antisemitic accounts that we have brought to its attention, presumably because they fail to attract the same degree of public interest.”

CAA confirmed it is examining its legal options.