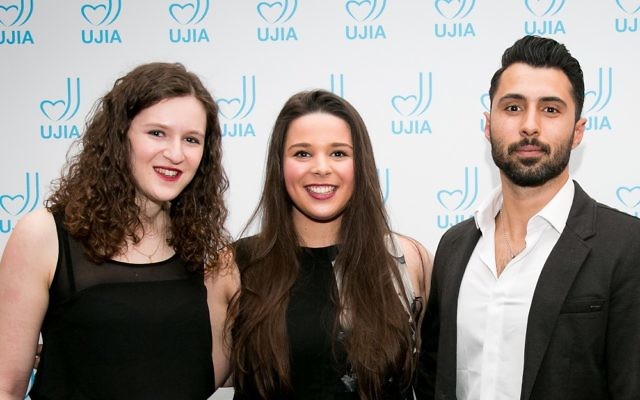 More than 300 women from across the UK Jewish Community gathered at The Montcalm to celebrate three exceptional young talents, and the newly re-formed UJIA Women’s Division at the charity’s ‘It’s Ladies Night’.

Returning for its’ second year, it also saw the launch of a new annual award; the Joy Cohen Award for Outstanding Leadership by a Young Woman. Jewish Labour Movement Director, Ella Rose, was announced as the first winner, while NUS National Executive Committee member, Izzy Lenga, and Zohar Isakov, Graduate of Carmiel Children’s Village, and the Western Galilee College, were also both awarded a UJIA Young Leadership Award.

The event raised more than £165,000 for vital UJIA projects in Israel and the UK; projects which have changed the lives of not only Zohar, Izzy and Ella, but also thousands of beneficiaries across Israel and the UK. 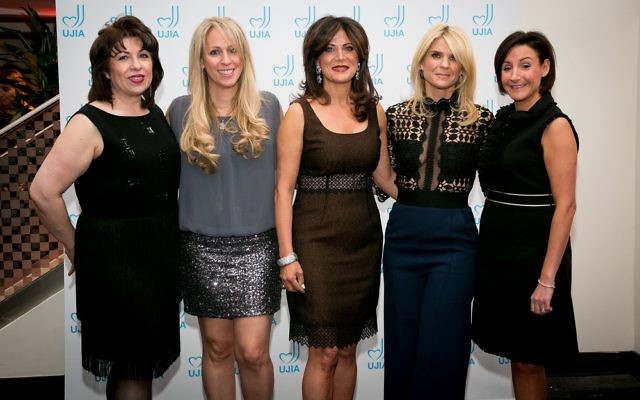 Chief Rabbi Mirvis gave a message of congratulations to Ella Rose via video, saying: “How fitting indeed it is that Ella Rose is the first recipient, she’s only 23, but just look at what she has already achieved in so many capacities…” He also congratulated UJIA, “for taking this initiative, and highlighting everything that is just so splendid within our community.”

Crediting the work of UJIA in her acceptance speech, Ella said: “The incredible support UJIA gives youth movements such as mine, BBYO, and the Union of Jewish Students has meant that hundreds of Jewish kids have had the opportunity to lead. I was one of those kids…” She later tweeted, (it was an) “Honour to win @UJIAcharity Joy Cohen Award for Outstanding Leadership in a Young Woman. Only possible because of women who came before me.”

Delighted to accept a UJIA Young Leadership Award, Izzy said: “Being heavily involved in UJIA programmes for years, such as FZY and The Union of Jewish Students, shaped who I am today. I developed a deep connection with Israel and had the opportunity to develop as a Jewish leader from a young age.”

Zohar Isakov came from Akko, Israel, to be at the event, and was honoured to accept a UJIA Young Leadership Award. He said, “It’s an honour for me to be standing here before you, as a graduate of the Carmiel Children’s Village…In my case, if you save a child from a miserable life, you create a new world and future for him or her. Thanks to the support of UJIA, the Carmiel Children’s Village is able to save lives.”

He added, “It’s such a privilege for me to meet the community behind UJIA who continuously reaches out and touches the lives of so many, so far away…I believe this is why we flourish, not just as individuals but as a Jewish people.”

She said: “Today we live in unprecedented times. With last year’s Brexit vote and Donald Trump’s recent inauguration as President, America and Britain have undergone a people’s revolution. Our Jewish community needs to start its own revolution, to fight the disengagement of our youth, and do everything we can to ensure we have a future generation who are inspired by and committed to the Israel of today.”