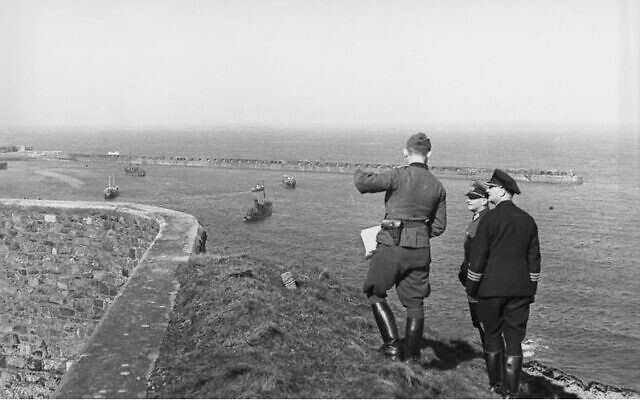 The UK government is to make all its records related to the Holocaust available to the public for the first time for research and study purposes.

In an announcement to coincide with Holocaust Memorial Day the governments of Guernsey and Jersey committed to making their Holocaust records publicly available as well.

Chief Minister of Jersey John Le Fondré said: “Jersey is committed to transparency and to ensuring that our records from this dark period are available and accessible to all.”

Chief Minister of Guernsey, Peter Ferbrache said: “Guernsey is committed to ensuring that the records it holds related to the Holocaust, and more generally the Nazi Occupation of the island, are accessible.

“A substantial amount of work has already been undertaken over the years to collate and index the records held by the States of Guernsey on this matter, and the Island Archives, where the majority of these records are held, continually works on improving ease of access.”

The announcement also means the collection of 787 books in the St. Lambrecht collection, once looted by the Nazis, which will be accessible to the public for the first time.

In addition, the governments of Guernsey and Jersey have committed to making their Holocaust records publicly available as well.

The UK government is now urging others, throughout the world, in possession of collections of Holocaust-related material/records to adopt a similar approach.

In an age where some deny or distort the Holocaust it is important to make documents of the era as freely available as possible.

Lord Pickles, Prime Minister’s Special Envoy for post-Holocaust issues, said:I am grateful for the full and friendly cooperation of the governments of Guernsey and Jersey.

“I also thank the diligence of the FCDO staff for their recent work on the St. Lambrecht historic book collection.

“There can be no better place to keep the collection than the Wiener Holocaust Library.”

Lord Ahmad, FCDO Minister for Human Rights said: “The FCDO is working to release any Holocaust-related material it may hold and to make that public.

“We are committed to the continued review of our holdings, including those held by our Embassies overseas, and working with other government departments where relevant.”

Director of the Wiener Holocaust Library, Dr Toby Simpson said: “The Wiener Library is proud of its long history of throwing light on the darkest chapters of history, and on the Holocaust in particular.

“It is crucial to ensure that the past is not ignored or locked away, but confronted and used as a tool for building a better future.

“We applaud the British government’s recent efforts to improve access to vital records, and look forward to future cooperation.”

The St. Lambrecht historic book collection comprises 787 published works dating from the late 16th century up to 1943. . The subject matter includes history, law, theology and scientific or pseudo-scientific topics, such as anatomy, alchemy and pyrotechnics.

The collection had been hidden in St Lambrecht Abbey in Austria, where it was discovered by the Allied Commission for Austria in September 1945 and sent back to the UK.