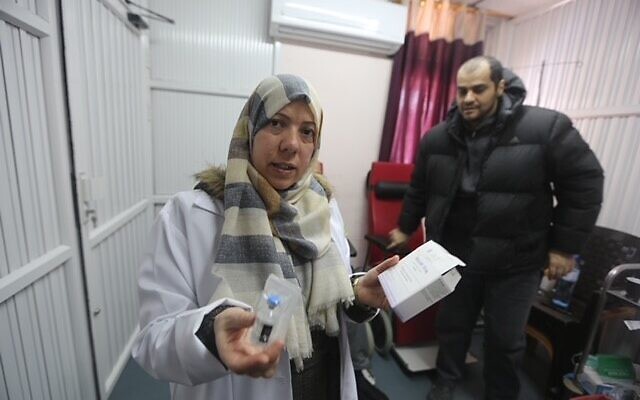 Medicines were sent to Gaza thanks to a UK charity donation (Photo: Magen David Adom UK)

A shipment of medical supplies to Gaza earlier this month is believed to be on the first deliveries to the Palestinian territory organised by a Jewish charity in the UK.

Magen David Adom UK said it had turned a £15,000 donation from a London-based donor into half a million US dollars’ worth of goods, including antivirals, anti-epileptics and antibiotics.

The medicines were available in large supplies because have relatively short shelf lives and risked passing their expiry dates in the UK without being used.

In such circumstances, pharmaceutical companies release their stock for health organisations around the world to arrange dispatch, delivery and distribution, MDA said.

In addition to Gaza, portions of the shipment were sent to the West Bank.

MDA UK chief executive Daniel Burger said: “Each year our generous donors give over £5m to support our services in Israel. However, in the light of the Abraham Accords, it is clear that we must take a more regional responsibility.

“When we were asked to make such a big life-saving impact at a relatively low cost, it was a simple decision. In line with our mission, we will always do whatever we can to save more lives.”

The charity works not just with Magen David Adom, Israel’s emergency response service, but with other Red Cross and Red Crescent organisations across the Middle East.

MDA UK previously sent a container to Lebanon, a country with which Israel has no diplomatic relations, following an emergency appeal after an explosion devastated the port of the capital Beirut in August 2020

The donation is the latest in the collaboration between IHP and Magen David Adom UK that also saw a container sent to Beirut after MDA UK launched an emergency appeal (at the request of the Embassy of Israel in the UK) after the port explosion in August 2020.