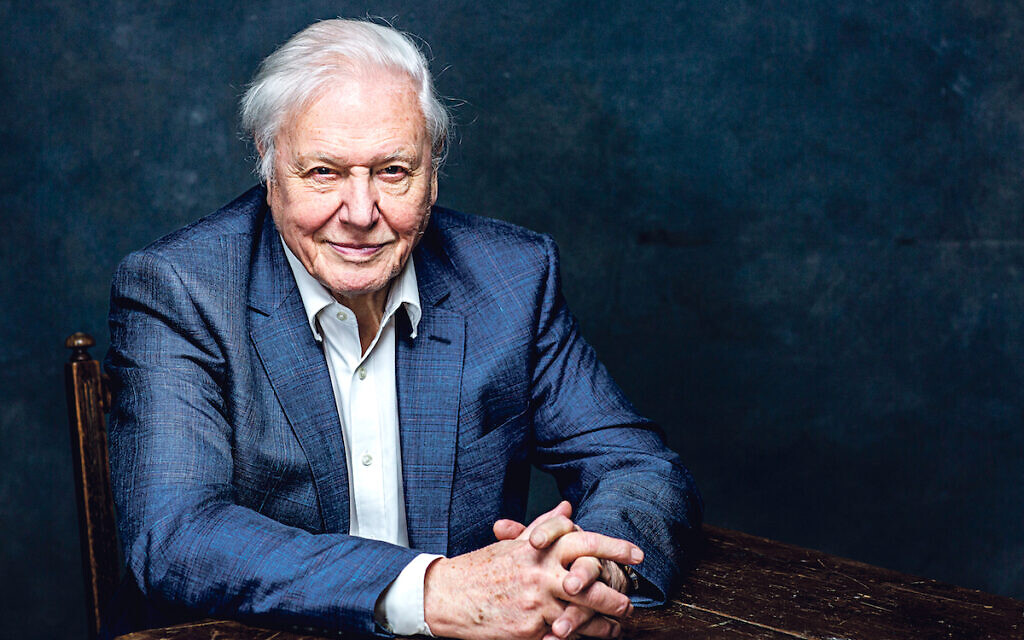 Sir David Attenborough well recalls the moment the Second World War began – because it was in that very same moment his parents turned to the two young Jewish refugees staying with them and declared: “We are now one family.”

The beloved 94-year-old broadcaster and natural historian spoke movingly, during a virtual event organised by The Association of Jewish Refugees (AJR) on Monday, of the role his parents played in giving a safe and loving home to Irene, 13, and Helga Bejach, 11, who fled on the very last Kindertransport to Britain.

A 700-strong audience watched as Attenborough, in conversation with Dame Esther Rantzen, revealed how the girls – who he considered as his own sisters – came to live with his family for seven years.

His mother, Mary, was a social activist during the 1930s and “organised relief for Basque children from the bombing of Guernica,” adding that she had looked after a group of youngsters who arrived in Britain in 1937. 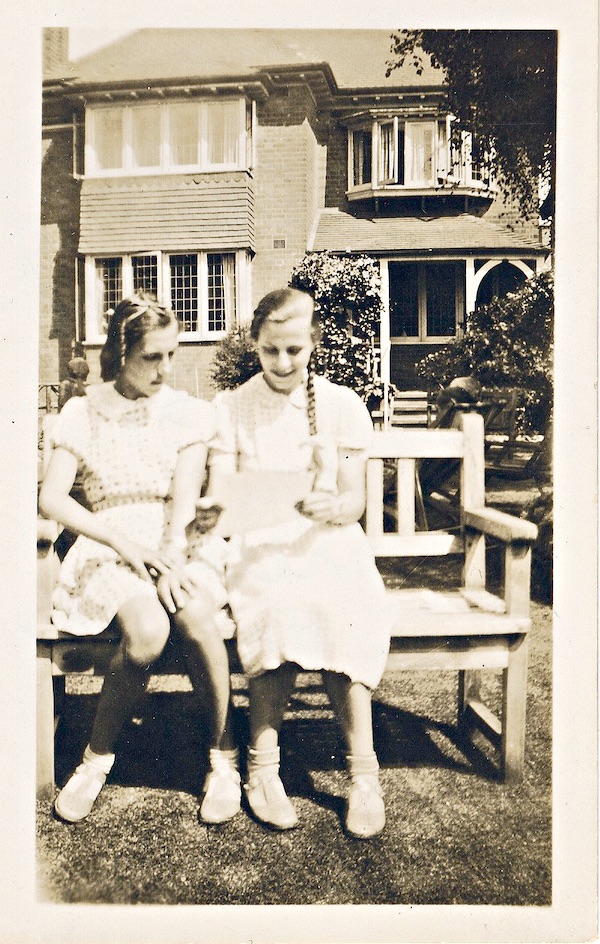 Meanwhile, his father, Frederick, was the principal of University College Leicester and, prior to the war, had been helping to get German-Jewish academics over to Britain.

“He was the chairman of a group who did what they could to bring people out by offering them jobs. They were nearly always on their way to relations in America. There were a number of distinguished scientists who came through University College Leicester to do menial jobs for a month or so before moving on.”

It was during this time Dr Curt Bejach, who had been Berlin’s chief medical officer until 1933, asked Frederick if he could host his two daughters for a short time before they went to their uncle and aunt in New York.

“The idea was they would be with us for maybe a couple of weeks, three weeks. And then they would get on the ship and off to America, so of course he said yes. In the event, of course, what actually happened was the children arrived from the Kindertransport and that was the last transport.” 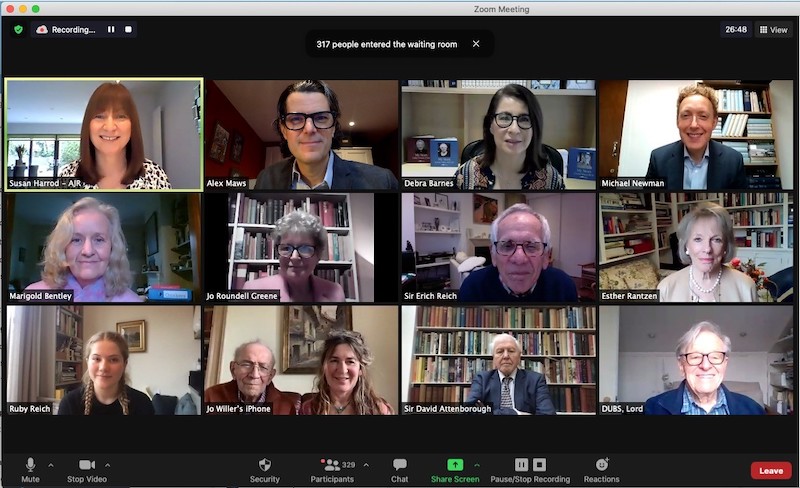 Just days later, Attenborough and his brothers John and Richard gathered around as Neville Chamberlain announced that Britain was at war with Germany.

“It’s moving to think about it now, but my dear father and mother were standing by the radio. And my mother turns to the three of us and the two Bejachs and said: ‘Well now we are one family. Irene and Helga will be your sisters until such time as the war is over.’” 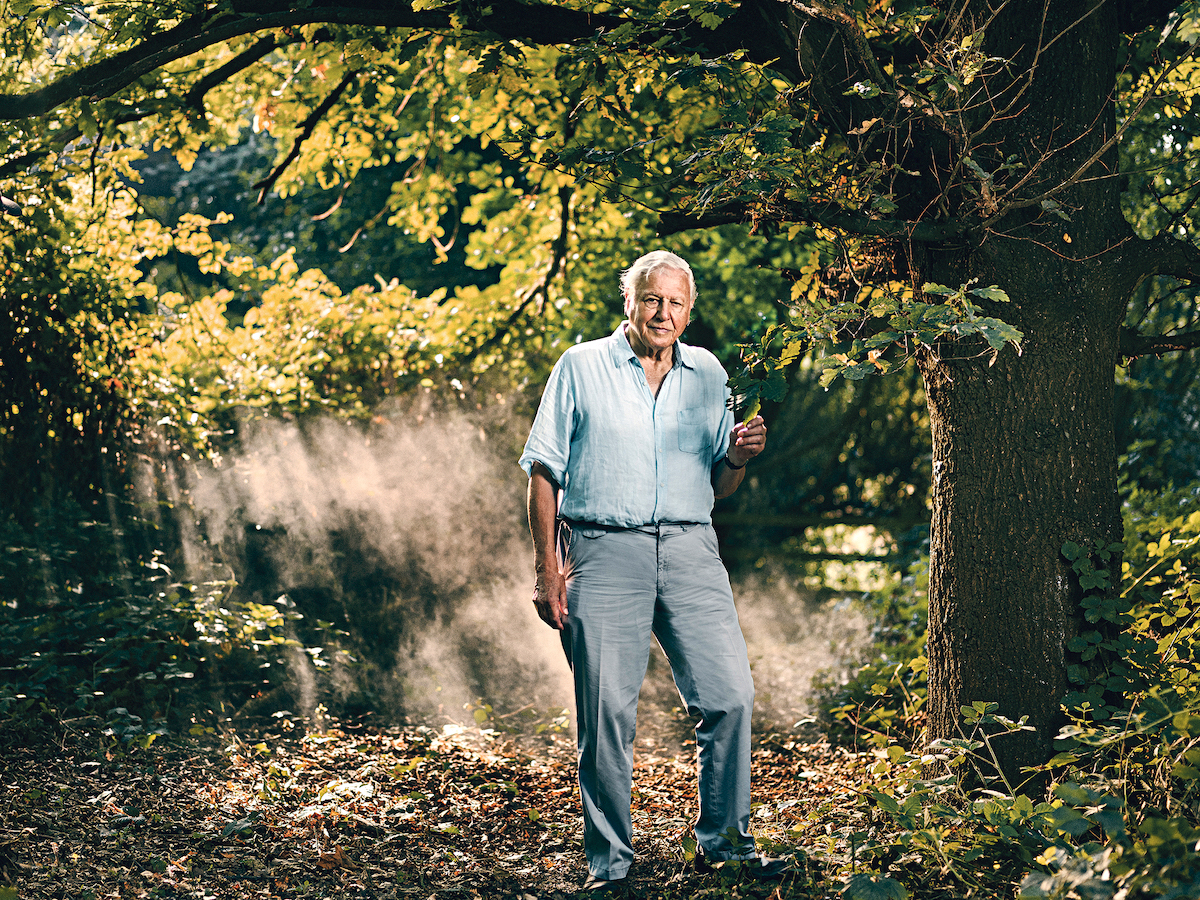 Attenborough recalls that Helga viewed the outbreak of war and her stay in Britain as “a big adventure – I think she was too young to realise the significance,” but says Irene “was much more aware of things and more profoundly upset by what was happening”.

While the girls could not speak English and the brothers didn’t speak German, the sisters quickly adapted to their new home and grew close to the Attenboroughs. Irene even helped spark the future broadcaster’s fascination with the natural world by giving him a piece of amber. 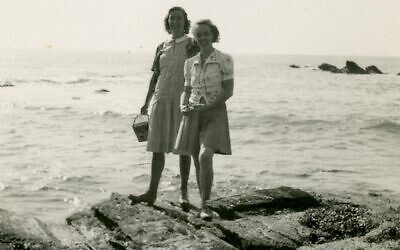 Attenborough acknowledges that they lived in relative safety and unaware of the “unimaginable” horrors taking place in Europe.

“We didn’t know,” he explains. “We didn’t know about Auschwitz or concentration camps at all until the allies overran Germany and then discovered these dreadful revelations, which are difficult to speak of actually.

“Britain didn’t go to war over concentration camps. We certainly should have done had we known. The atrocity was on such a scale that it was almost unimaginable how appalling it was.”

He added: “Irene and Helga would receive letters through the Red Cross from their father saying he was alright, which of course wasn’t the case.”

In fact, Dr Bejach was taken by the Nazis and eventually deported to Auschwitz, where he was murdered in October 1944.

Britain didn’t go to war over concentration camps. We certainly should have done had we known. The atrocity was on such a scale that it was almost unimaginable how appalling it was

The girls’ mother had died years previously and so when the war finally ended, Helga and Irene bade farewell and joined their relatives in America.

But the Attenboroughs continued to keep in touch.  He adds with a smile: “Whenever I went to New York I would go to see them. Irene sadly died young, but Helga married and had several children. We kept in touch with them and are still in touch with them. It’s a great pleasure to see them.”

Asked whether, given his conservation work and advocacy on climate change, Attenborough had inherited his “parent’s rescue instinct”, he simply replied: “Who could possibly react otherwise in the face of what we know?”

We didn’t know about Auschwitz or concentration camps at all until the allies overran Germany and then discovered these dreadful revelations, which are difficult to speak of actually

He added: “I think we have good intentions in all of us. They can be warped and they can be suppressed, but then they are all the more powerful.”

The session also featured Lord Alf Dubs and Sir Erich Reich, who came
to Britain on the Kindertransport; Jo Roundell Greene, the granddaughter of Clement Attlee, whose family gave refuge to Jewish child refugee Paul Willer, who was also present; and Marigold Bentley, representative of the Quakers in Britain, who were instrumental in helping refugees travel to Britain and finding homes for them once they arrived.